...Thus commences my VIFF coverage. I’ll also have pieces in the next Xtra West on Black, White + Grey and on Paul Schrader’s The Walker. I didn’t manage to excite another Vancouver paper on the locally-made short Wolf Lake, but will have an interview up here later in the week with filmmaker Michael V. Smith and poet/narrator Elizabeth Bachinsky. I’m working on a piece on the Scott Walker film, another on the experimental Hong Kong documentary One Way Street on a Turntable, and finally, will have some writing up on the film about Japanese atrocities in China during World War II, Nanking. These will also appear on my blog over the next week or so, in time, we hope, to serve as previews. Meantime, since there’s a whole new Climate for Change category and award, I thought I’d preview three environmentally-aware nonfiction features that stand out... There’s a book by Edward de Bono called How to be More Interesting. It has a kind of embarrassingly self-helpish title, like it’s the sort of thing you might find on the bookshelf of someone who is very, very boring, but in fact, it’s filled with useful exercises, designed to get readers thinking about what it means for something to be “interesting,” and how to apply what they learn to thinking creatively. One simple brainstorming exercise at the beginning asks readers to simply list everything they can think of that is interesting about a frog. From frog mutations and the status of frogs as indicator species, to the use of poison arrow frogs to gather toxin; from frogs’ amphibious nature to their metamorphosis from tadpoles; from amplexus to those long, sticky tongues – there is actually a lot a creative thinker can come up with, each observation opening out onto further questions, tangents and implications: from a frog, you can arrive at the whole universe, if you try.

Early on, in Dust, one gets the feeling that German documentarian Hartmut Bitomsky sat down at some point to a similar exercise, deciding on everything he possibly could say about dust, and what further conclusions could be drawn from these observations. It is unlikely any other film will ever rival Dust for authority or breadth, when it comes to this singularly tiny subject. We get mineral dust from mining; dust from paint pigment; coal dust; dust in the atmosphere; dust on film; dust in the home; dust in a museum; how a plant “defends” itself from photosynthesis-inhibiting dust; the effects of dust on the breather; and the necessity of dust to clouds and rain (since water vapour needs something to adhere to). At moments, there is a feeling of absurd profundity to the observations – one hand claps often; and the anally German – but oft-philosophical – narration has a delightfully quirky quality to it, that may put you in mind of that footage of Blixa Bargeld reading from the Hornbach hardware catalogue; it's much funnier than you'd expect. A theme seems to emerge dealing with our relationship to our environment and what we can and cannot control, which in turn opens out onto questions of mortality, humility, the limits of the human: from dust to dust, with a lot of other dust along the way. One eccentric woman actually has a whole bizarre taxonomical system worked out for the clumped fluff she’s gathered in her home; in another segment, a housewife treats us to a tour of her manic cleaning ritual, which borders on the obsessive-compulsive. Some of the more scientific descriptions of how dust is filtered or tested for toxicity require an alert mind to follow, but the compositions are often beautiful, if fleeting, and there’s ample food for thought. Recommended stuff – but see it caffeinated, so you can keep up. You’ll be amazed at how much there is to be thought about dust. 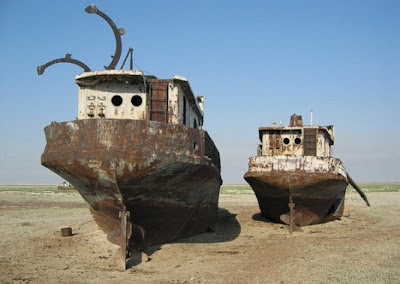 I’ve followed with interest the work of Michael Glawogger for a couple of years now; I missed Megacities, but found his documentary Workingman’s Death fascinating (I bizarrely can find none of my own writing about it online, though I'm sure I put some on this very blog. Hm). Slumming, in last year’s fest (written about here) made a worthy, if somewhat less overwhelming, fictional counterpart. Glawogger is staking out territory around the relationship between western privilege, foreign “exoticism,” and the effects of globalisation; Workingman’s Death – with a stunning John Zorn score – shows us the darkest side of employment in the developing world, but with an awed eye towards the adaptability of human beings, who in each episode – Pakistani shipbreakers, Nigerian open-air slaughterhouse workers - seem to have come to some sort of terms with their state, horrifying though it may seem from a first world perspective. They’re unsettling films, but beautiful, and deeper and richer than any mere polemic – although polemicists will find much to support their arguments in watching them.

Polemicists, or anyone concerned with the developing world, global warming, or access to water, will find much food for thought and much ammunition in About Water, too (that's a link to the official site) but it lacks the visual impact – I’ll warn you – of Workingman’s Death; the “eye” of the film is much more that of an everyday documentary, with talking-head villagers in Bangladesh, Kazakhstan, and Nairobi describing their relationship to a commodity that most Vancouverites take for granted. The first two parts of the film deal with very different effects of climate change, causing an excess of water in the first case and a shortage in the second; the third (and most Glawoggerly sequence, visually) involves the privatization of water in a Kenyan slum, where, if you want water, you pretty much have to buy from a licensed water vendor – who sits guarding his pipe and praying for scarcity, which means an increase in profits. The Austrian title of the film is actually About Water, Men, and Yellow Canisters – referring to the big plastic containers that people haul from the pipe to their homes or places of business, to give them the water they need for the day. As with Workingman’s Death, you’re mostly allowed to draw your own conclusions; the people interviewed have no apparent awareness that climate change exists, and certainly no outrage – they just deal with the situation with a sort of grim-but-positive peasant resignation, “this is how we have to get through the day.” There are even moments of unexpected humour, as when Bangladeshi feelings about floods are illustrated by a karaoke pop video on the theme (!). It’s not the most exciting documentary I’ve encountered, and could use an injection of passion, but if you bring your own to the theatre, you’ll find much to reward you. 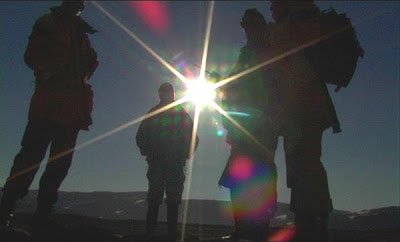 I suspect this film is going to be one of my favourites, come the end of the fest. It’s also topical without being polemical, but there’s a stunningly powerful opening sequence – involving a polar bear – that does in a couple of minutes far more to convey the unnatural, pressing threat of global warming, and to make us recoil in horror at our incompetence as so-called custodians of the planet, than the whole of About Water. Richly cinematic, intense, and quiet, it will abundantly reward the sort of cinephiles and other athletes of perception that found James Benning’s 13 Lakes compelling viewing a couple of years ago. (It’s also as quiet as Into Great Silence, but, I thought, much more successful). I want to say as little about the film as possible, so as not to detract from the experience, but this is a must-see, especially if you have an environmentalist or scopophilic bent. People who bring popcorn or anything else that crunches into the theatre for screenings of this movie should be barred from the festival permanently. The director, Ariane Michel, has a Myspace page, and there's an interview with her here.

Speaking of James Benning, by the way, he has a new film in the festival. I’ve had no opportunity to preview it, and has of yet have not heard back from him – we’d exchanged a couple of emails after 13 Lakes floored me – but I will definitely be looking at casting a glance, which deals with an earthwork by an artist he much admires, Robert Smithson. People who liked the film about Andy Goldsworthy, Rivers and Tides, should probably check this one out, too.

Oh, and you're all paying attention to the fact that there's a new Bela Tarr film out, right? Because you should be.

Posted by Allan MacInnis at 2:16 PM