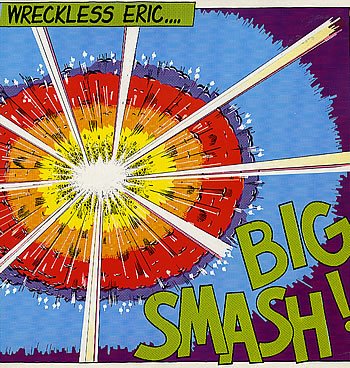 (Note: links below are to things generally MORE INTERESTING than IMDB listings, and often are to official sites. I advise you to click on every single fucking one).

Sometimes I don't pay attention to stuff. Sometimes there are surprises. Like this month's BIG SMASH festival, put on by some of the same people who used to (and may yet still...?) bring us Cinemuerte (since there's an Alamo Drafthouse connection I'm takin' this to mean Celluloid Horror-girl herself Kier-La Janisse, whom I've just sent a fawning email of thanks and devotion). I didn't bother to look into Big Smash until this very night, and what a surprising night it is. The films lined up for this are nothing short of fuckin' STUNNING, from my point of view -- the Minutemen movie, We Jam Econo, My Name is Albert Ayler, Peter Watkins' Privilige -- very rarely seen and important; CLICK THE LINK! -- and a Rip Torn vehicle called Payday, considered his best film; I've heard about it, but never much thought I'd get to see on screen. The Devil and Daniel Johnston is being brought to us in affiliation with this festival, and Dick Rude (the "white suburban punk" with a shaved head in Repo Man, one of the coffee addicts in Straight to Hell, and a former Circle Jerk, if I recall) has a film on Joe Strummer, Let's Rock Again -- I didn't even know it existed! (I was priviliged to see Mr. Strummer four times in my life -- once with his altered Cut the Crap Clash lineup, once with the Pogues, and twice in Tokyo with the Mescaleros). There's soooo much more, too -- including concert performances by (the apparently not dead) Paul Williams (and a screening of DePalma's Phantom of the Paradise) and Wreckless Eric, from whose 1970's pop classic, pictured above, the title of the festival is lifted... Anyone remember "Semaphore Signals" or "It'll soon be the Weekend?" I actually OWNED Big Smash when I was a kid). There's too much more for me to drool over in so short a space -- Jeff Buckley, Roky Erickson, Esquivel, Nina Simone, dub documentaries and more -- so check out the festival program -- some AMAZING music-related films are happening! Hell, I might even buy a festival pass and see Stunt Rock... I only had to sit thru the preview a dozen times during Cinemuerte...
Posted by Allan MacInnis at 12:57 AM