Joe Keithley and I talked a bit about the Burnaby housing situation when I visited his place. He has a house - complete with a dog and a garage - but I live in a three-story walk-up, of precisely the sort that are dropping like flies in the Maywood area. I'll be voting for Joe because I believe that he wants to put an end to the current development frenzy here, by which rental units are being replaced with condos for buyers. “We’d put a moratorium on the Maywood/ Metrotown plan,” he said, suggesting that developers create at least one new rental unit for each one they take away. “If developers want to develop, okay, let’s play some hardball with them and get a real deal, so that people who have lived there forever have somewhere to go. There’s people in the area who have been there for forty years, and they don’t have anywhere to go. They don’t have money. What’s going on right now is so heartless, and the mayor [Corrigan] doesn’t care; he’s proved that again and again. I think people might get it this time. So I might be your new mayor!”

To illustrate the point, here are some photos I snapped on the walk home of the newest building slated to fall. I presume at least some of the graffiti here is from previous tenants, now looking for affordable apartments in Surrey or something. This could be my building - it's five minutes from mine (and from ten other similar three-story walk ups to be demolished in the last few years). 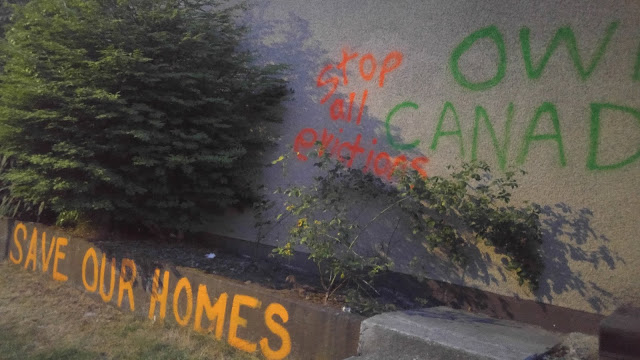 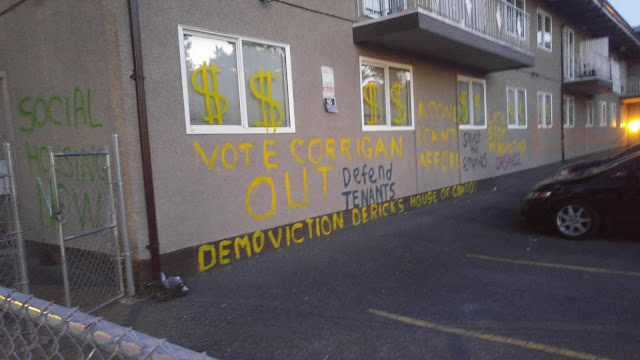 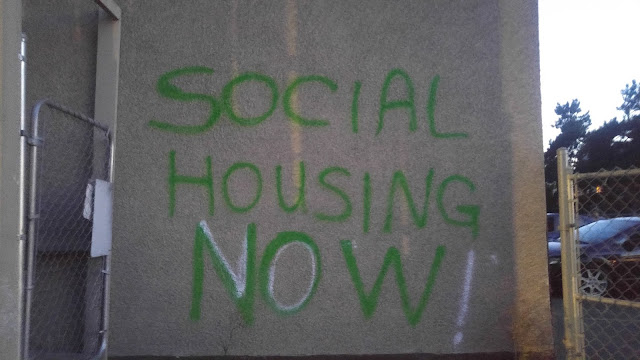 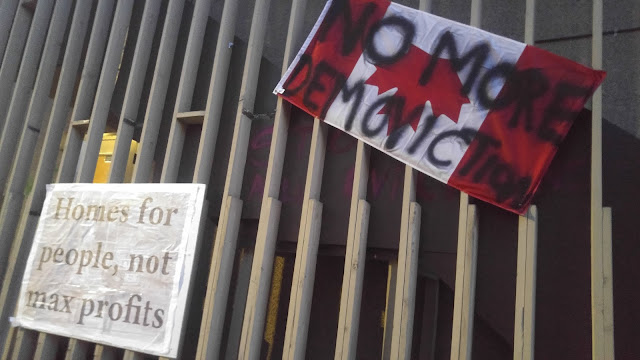 Posted by Allan MacInnis at 8:50 AM

Note: within a week of taking those photos all the graffiti was covered up.