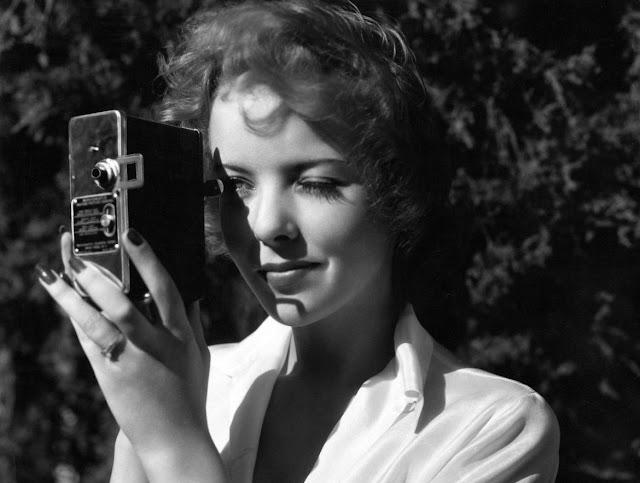 Ida Lupino is not just one of my favourite noir leading ladies - up there with Stanwyck and Graeme - but she is, it is often said, the only female director of film noir during its classic period. She apparently helped direct Nick Ray's 1951 classic, On Dangerous Ground - which she acts in; she also directed and in some cases co-wrote seven films on her own, two of which, The Bigamist and The Hitch-Hiker, run tonight in a double bill at the Cinematheque. (The former film she also acts in). I haven't seen everything she's done (and I'd at least like to see Outrage, which deals with the issue of rape, at a time when Hollywood seldom touched such things; sadly, it is not screening as part of the Cinematheque's series.) However, I've seen both the films the Cinematheque is screening, and they're both remarkable. The Hitch-Hiker is a very male affair, with two friends in a car preyed upon by, yep, a hitchhiker! The story apparently was inspired by that of American spree killer Billy Cook, whose onscreen analogue is played by the great William Talman. He's pretty deranged, as I recall - the film is sweaty and gritty and tense and testosterone-driven. 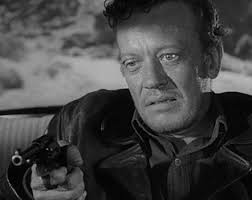 Having seen both films only once, I must confess, however, to a slight preference for The Bigamist - actually playing first tonight, at 6:30; it paints a surprisingly believable portrait of a man guilty of a rather hard-to-comprehend crime (no, he's not a Mormon). I remember that this one surprised me and left me thinking, when I saw it. Sorry to report that I can't say what it left me thinking, but I had expected a by-the-book issue movie, and as I recall, it was anything but. 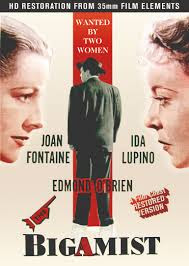 Lupino, of course, acted in one of the most important horror films in my history - the second movie I couldn't watch (after The Wizard of Oz!) because its images were too upsetting to my young self, The Food of the Gods. It's an only intermittently effective low budget giant animal attack flick, with special effects that range from risible (the wasps and the giant chickens, the latter of which is at least hilarious to watch) to pretty effective, like those goddamned giant maggots that attack Ida, prompting me to ask my parents if we could leave the drive-in where we were watching it. Which I had begged them to take me to, note, having seen the image for Food of the Gods on the cover of an issue of Famous Monsters; I at least had enjoyed The Land That Time Forgot, which my father probably got a kick out of, too, since it was a WWII movie (with dinosaurs) - in a way, the perfect film for us to bond on. (My Mom, a woman of taste, was more impressed that Ida Lupino was in the second film). 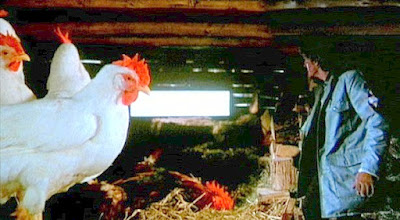 Food of the Gods, sadly, is marred by real cruelty to the rats used in the film. Director Bert I. Gordon was obviously operating on a very low budget, so when the films giant rats are shot, blown up, drowned, or otherwise killed, what you're seeing on screen is the real deaths of these animals, which suffering Gordon milks as much drama from as he can. That's not on Lupino, tho' it's sad that her later career involved such shlock. (She only acted in one more film after this). The best thing about that movie by far is that it was filmed on Bowen Island! 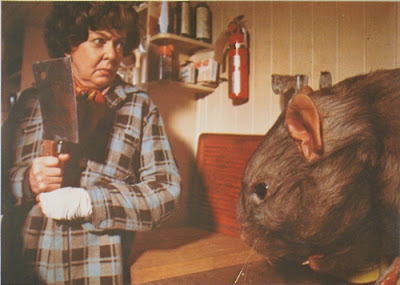 So if you go to the movies tonight, and have been on Bowen, you'll know that maybe you stood on some of the same ground that Ida Lupino stood on. And rest assured, though they're not filmed on Bowen, both of tonight's films are miles better than The Food of the Gods... (as are most films, actually, but...). 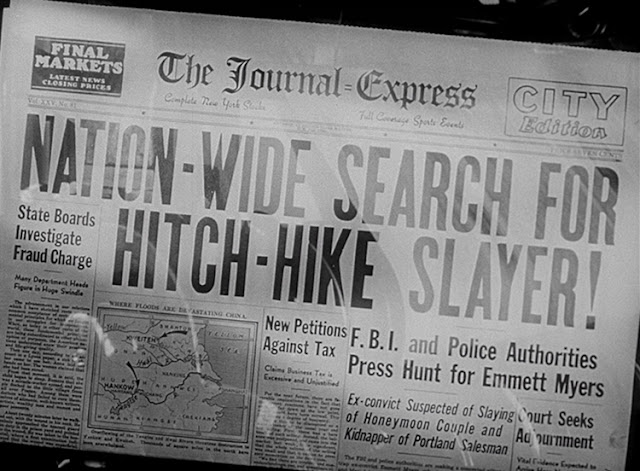 Posted by Allan MacInnis at 8:47 AM