Cousin Harley at the Rickshaw tonight! 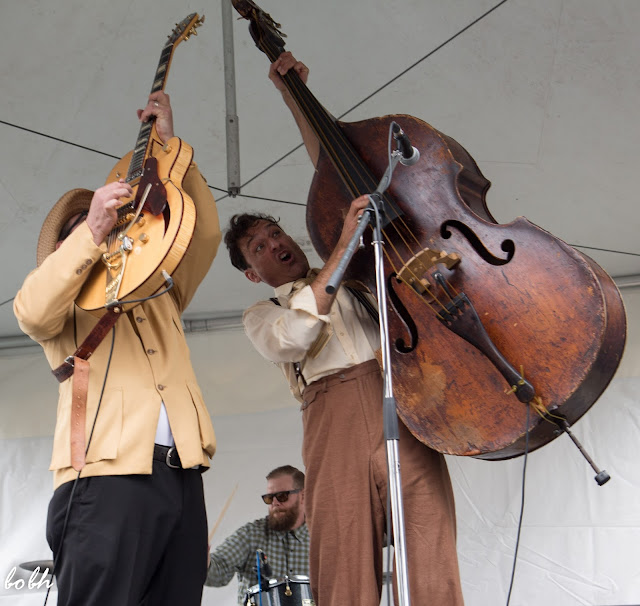 Paul Pigat/ Cousin Harley by Bob Hanham, not to be reused without permission

Almost everything I have to say about Paul Pigat and Cousin Harley is in my feature on the Georgia Straight this week - though in fact, "Fat Girl" goes a little further beyond the pale than I call Paul on (there's a joke about rendering her for her lard!), and I didn't use ONE story that Paul told me - about an eBay/ border messup involving a vintage guitar he was buying:

"That guitar got detained by eBay's global shipping department because they claimed it was in violation of the CITES act (ban on rosewood). The sad part was that it didn't contain any of the banned woods, and was made prior to the ban and was exempt anyway. I fought with them for weeks. Sadly no one knows what happened to the guitar now and I will think twice before buying anything through them again. I'm still pissed!"

Otherwise go read the Straight article - much LONGER online than in the print version, note! At the Rickshaw tonight.
Posted by Allan MacInnis at 7:38 PM