I don't know what film I saw the trailer for The Poughkeepsie Tapes in front of. Maybe The Ruins? Something that came out 2007-2008ish; the trailer played in front of a fairly mainstream horror movie, maybe at Scotiabank Theatre, and lodged itself in my mind, where it has remained for ten years while I waited for it to get some sort of legit release. That never happened, though it did surface in an illegitimate and somewhat inferior form on Youtube for awhile, where I watched a bit of it before deciding it wasn't the way I wanted to see it. I imagine it has since been removed; I gather it also flickered briefly on some video-on-demand streaming service but has also since been pulled, not that I was aware of it at the time. 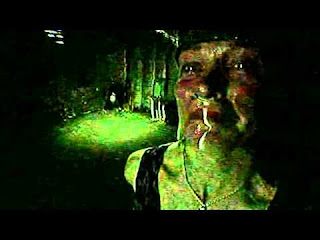 I recall being equally disturbed and intrigued by that trailer, because the film had one of those premises that is undeniably elegant, and yet ugly: a serial killer's stash of home videotapes, documenting his crimes, is discovered, and a "found footage"-style documentary is constructed around it, wherein you see the killer's home movies. Nowhere - as per the marketing scheme of the day - did the trailer make clear whether the film was fake or real; it looked a bit like an A&E true crime show cross-pollinated with Henry: Portrait of a Serial Killer, and I was put off and intrigued in equal measures: "People shouldn't be allowed to make movies like this, but I really want to watch it." The trailer evoked two sides of my personality, much like the film does. It's a superego-versus-id kind of experience to the core, and my interest was born of the wrestling match between them. 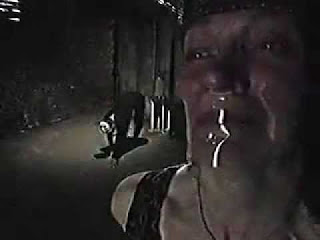 That interest has only grown as I've watched the subsequent films of John Erick Dowdle and his brother Drew (the Coen brothers of horror!). The last two of those, As Above, So Below and No Escape, have been way up there on my list of the best mainstream movies of the last ten years, vying with much higher profile and more respectable fare like Nightcrawler. I've kept an eye out for news of its release since. And that finally happened this week: I bought The Poughkeepsie Tapes on the very day it hit the stores (Sunrise Records, now stocking Shout! Factory titles - and Arrow, and maybe even a few Kino Lorbers - is carrying it, costs around $32 there; don't know what Videomatica is charging). 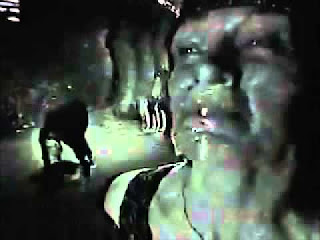 I watched the film that same day, with some trepidation, since the things about the premise that disturbed me still do. I am no enthusiast for snuffy cinema, understand, and find some of the most talked-about films in the genre to be disgusting and/or impossible to watch. I sat through a stupifyingly-clumsily-censored Korean version of Cannibal Holocaust a few years ago and felt loathing to the core for the film and the filmmaker by the time it had ended; it is one of the most craven acts of hypocrisy I've seen in cinema, presuming to condemn our propensity for violence onscreen with a sickening display of it - and the animal gore, none of which got censored in the Korean release - unlike the pubic hair! - pretty much made me want to barf, cry, and punch Ruggero Deodato, if possible simultaneously. The turtle gore scene in particular lasts for a very long time, so much so that it gets tedious, as does the "see? it's real gore!" m.o. of the director, whose moralizing judgment of his own audience seems to leave no conclusion possible but to not watch his films, which I have since been only to happy to oblige him in*. 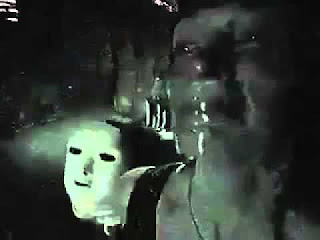 But I do like a good horror movie, and I can take extremity in cinema if I feel like it serves a purpose. This purpose can sometimes even be trivial: I will always love the original Maniac for the crazily effective and meta-level marvelous scene in which Tom Savini, acting in the film, gets his head blown off with a shotgun, thanks to the makeup wizardry of, yes, Tom Savini himself. Or it can be thematic. I love Henry: Portrait of a Serial Killer mostly for its terrific lead performances - big Michael Rooker fan here - but also for its richness, in critiquing the romanticization of serial killers in popular culture, which the film in no way participates in; its snuffy ugliness is clearly morally purposed, as an alternative to the attraction for serial killers in the mainstream, where the judgement on you is not for wanting to watch films like Henry, but for wanting to watch all those OTHER serial killer films where the killers are presented as attractive supermen with moral agendas (the film, made years before Silence of the Lambs,  Se7en, or Saw, is somewhat precognizant in this respect). 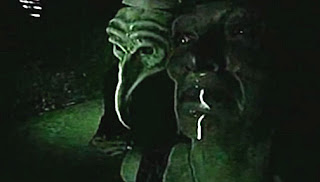 I am not sure what the moral purpose of The Poughkeepsie Tapes is, ultimately - but it's quite brilliantly made, for an early feature, and definitely entertaining to watch, if you have a taste for this sort of thing. There are strange and provocative elements throughout, almost operating subtextually, beneath the level of the TV-documentary style main narrative: the killer has a dorkish, attention-seeking theatricality to him, evident in his costumes, his voice, the way he stages some of his killings for the camera, and also in some presumably deliberate, embarrassingly hammy overacting that he does. If Henry and the maniac in Maniac are tortured, psychosexually scarred white trash imbeciles, the killer of The Poughkeepsie Tapes is a pretentious dinner-theatre twerp; if Patrick Bateman masturbates to Body Double, this guy surely jerks it to Theatre of Blood or perhaps all those cleavage-rich Hammer horror period pieces of the 1970's (Twins of Evil, say. Lotta boob in that one, and a fair bit of sadism, too). He would be impossible to take seriously if it wasn't for the utter ugliness of his crimes, which begin with him killing an eight year old girl with a hammer (off-camera, but the sound effect is more than you need).  While his dorkiness undercuts some of the scariness of the movie, it is also probably essential to any deep reading of the film, again undercutting any attempt to romanticize such criminals. Like Henry,  Long Pigs, Man Bites Dog, Peeping Tom (or, yes, even the despised Cannibal Holocaust), The Poughkeepsie Tapes can probably be productively read as a meta-level commentary on its own making and consumption, and the Dowdle brothers themselves on a featurette talk about the killer's character as being more or less that of an amateur filmmaker. 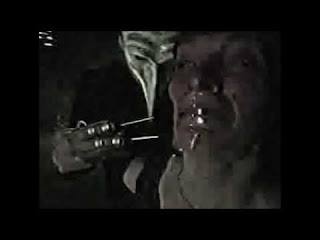 There are unanswered questions - missing tapes, and hints of things that are on the tapes that are puzzling indeed (the killer has a fetish for making women - presumably prostitutes - blow up large balloons, sit on them, and pop them with their bums, which he demands in quite a bullish way). It could be that subsequent viewings are funnier than the first, after the disturbing elements - largely dependent on suspense - become less potent. Though the film is not particularly gory - most of the violence happens off-camera or is suggested - it makes maximal use of the killers-eye-point-of-view (which I associate with DePalma but which the Dowdles associate with Carpenter's Halloween), and there's a lot of tension to watching the killer's crimes through his eyes, waiting for something terrible to happen. There's also a lot of surprising level of visual pleasure achieved through watching the low-def, VHS-quality found footage through a high def system, and there's a LOT of low-end stuff on the soundtrack (turn the subwoofer DOWN). It makes me wonder if there's any subliminal stuff slipped into the film? Connoisseurs of ambient noise and video feedback might actually find this aspect of things interesting... 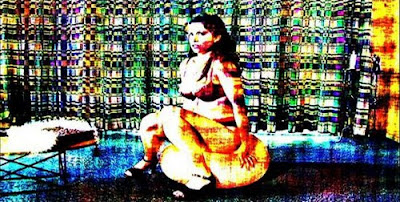 The Poughkeepsie Tapes was well worth the wait (a shame that audiences didn't get much of a chance to see it when this subgenre was still fairly fresh). I doubt I'll see any more disturbing or effective horror movie this month. In fact, I kind of hope I don't.

Wonder what the brothers Dowdle are working on next...? 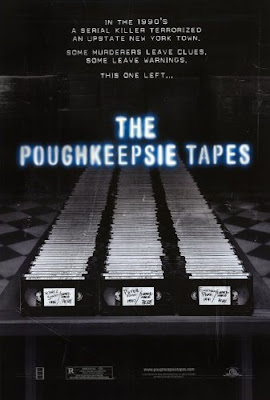 *Okay, I do want to see Cut and Run, but only because Michael Berryman is in it. Leave me alone.
Posted by Allan MacInnis at 10:17 AM

Hmmm, looks like the Dowdles are working on a miniseries on Waco for the, um, Weinstein company. I gather it will star the Affleck brothers, Bill Cosby, and Jian Ghomeshi.