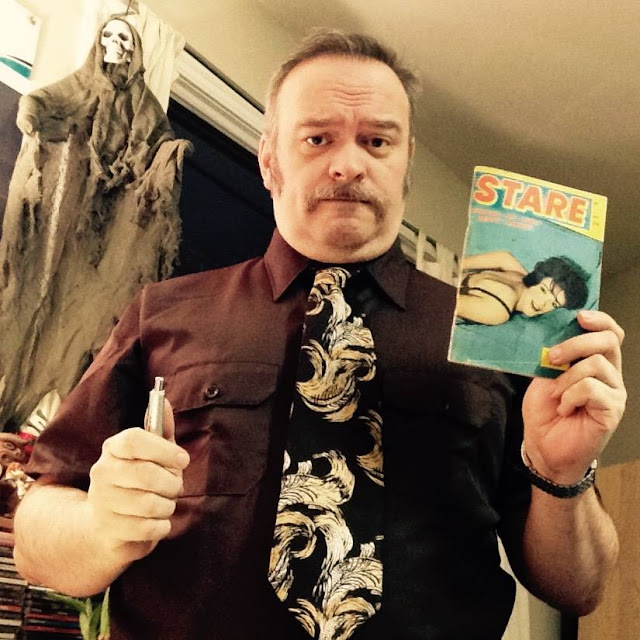 Speaking of Charles Bronson, I recently talked with (the immensely likeable and talented, snazzy-dressin') Robin Bougie about Eli Roth's new Death Wish trailer/ remake (and some related issues). That's here. Still haven't seen the trailer for the Roth film, since I know I want to see the film. Sounds like the trailer is meant to be a thing in itself, though - and Roth has a fun way with trailers - so I might take a look at it sometime. I liked the Hostel movies, especially the second, an awful lot, and had fun with Knock Knock, his under-rated Keanu Reeves vehicle, so I count myself a fan; it's fun to know that he's a fan of Robin's.

Also, I talked with David Bash about the upcoming International Pop Overthrow, starting this week at the Fairview, here. I will probably check in to see the Wednesday show, at least up til Pill Squad (interviewed here). I've done other stuff on Bash before, and want to meet him. The full schedule for the 2017 Vancouver IPO can be found on the IPO website... If you haven't seen Cass King yet, you should...

Finally, people should keep an eye on the BC Musician website; soon enough, I'll have an interview with Hans Fenger, of the Langley Schools Music Project, online, plus record reviews of the Zellots single and of Bison's new album. That mag is really looking great these days.

I lost another Bison shirt, did I mention? But I already posted about it on social media, so it feels like it was ages ago (changed out of it at the Thursday Descendents gig, since it was soaked in sweat, but it must have fallen out of my bag on the way home. Goodbye, Wizard Staff).

What else? Apologies to Tobe Hooper, but I'm  not going to do a separate blog entry on him. I loved the first two Texas Chainsaw Massacre movies - the second is very, very entertaining, in particular, playing the original for laughs in very creative ways. Hooper had a rocky career, and some of his later films, while containing definite elements of his aesthetic - I'm thinking Mortuary, in particular - didn't really work for me, but I greatly enjoyed Lifeforce, The Funhouse, and The Toolbox Murders, and eventually I'll get around to Eaten Alive again (a film I didn't think much of the one time I saw it, I think in Japan, but am curious to revisit).

All for now. I have other writing projects cooking, but they won't be for here, I don't think.

Have I mentioned that I've fallen in love with the music of Marshall Crenshaw? (In town September 17th at the Rickshaw, with David M opening!).
Posted by Allan MacInnis at 7:16 AM