Well, that's interesting. I post a giant Gerry Hannah interview and a small piece of outtakes from my Rebel Spell interview on the same day, and - as of this writing - the Rebel Spell is beating Gerry in views at a rate of 428 views to 298. (Larry Fessenden is at a mere 66, and my post about catchin' snakes is at 25, if anyone is interested). It kinda reminds me of seeing the Rebel Spell open for the Subhumans at Seylynn Hall and half the crowd cleared out after the Rebel Spell were done - a scandal!  Plus I snubbed Gerry, opening for Art Bergmann, to be at the Rebel Spell show last night, myself...

By the by, Gerry, I said hi to Stepha for you, but it kinda backfired into a if-he's-in-town-why-isn't-he-here kinda thing, since it seems the Art Bergmann show finished plenty early, but... well, I said hi, anyhow. "He's probably driving back to Chilliwack," I said, and Stepha said, "Boooooo."

Fantastic night last night, in any event. I'm thinking the Rebel Spell should do this every year. Many big surprises, maybe the biggest of which is that Travis, the Rebel Spell's drummer, makes a fantastic frontman. Absolutely great to see the band again, and nice to see that everyone seemed to be having a good, positive time (no meltdowns that I saw, though I left at 12:50: Skytrain time). Plus holy crap, Lexi Marie was magnificent, and has one hell of a song she wrote about Todd, "We Sing Louder," which will be coming out as part of the download, at the very least, for this Todd Serious tribute album in the works; moving as hell, even if her attempts to get the talkers in back to STFU only brought them down to a dull roar. (Shot some video of it, and of other stuff, but I don't know when I'll be able to upload it; things are a bit complex on that front, since the computer I usually work from is at Mom's, and Mom's is being dismantled).

But whoa, the real treat last night was Drum & Bell Tower, AKA Brent Norton. Todd Serious made a bit of an unwitting mistake when he plugged Drum & Bell Tower to me in our final interview, since - not knowing my prejudices - he compared him to Pink Floyd; a quick investigation showed it wasn't Syd-era Floyd he was talking about, either.  But mid-70's Floyd, to me, has to be some of the most over-rated, over-played, over-valorized music on the planet: I've been on the "Wish You Weren't Here" page for 20 years now, can find no music more tedious to my ears short of dropping the needle on "Stairway to Heaven." It's not an entirely inaccurate comparison, mind you - tonally, there are similarities - but Brent's passion when performing is stunning, and his total re-arrangement of the Rebel Spell's "Pride & Prejudice" was a real eye-opener last night. It was great to finally see what Todd was talking about; the guy is one powerful performer, and seeing him live was a great way to be introduced to his music. Which I hope to write more about.

Anyhow, here are some photos. Think I'm going to go to the Venables gig tonight as well, but I have to go deal with Mom's apartment, too, today, so... Anyhow, below: Drum & Bell Tower, then with Lexi twice, then two dudes I don't know who I think are from Saskatchewan, fronting the Rebel Spell, and then Travis and Elliot. I have video of other stuff, too, but like I say, it may have to wait awhile... 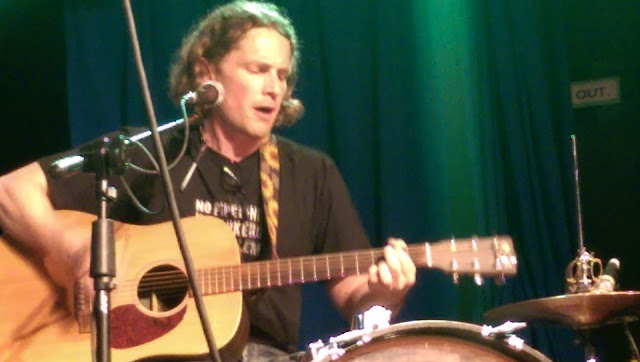 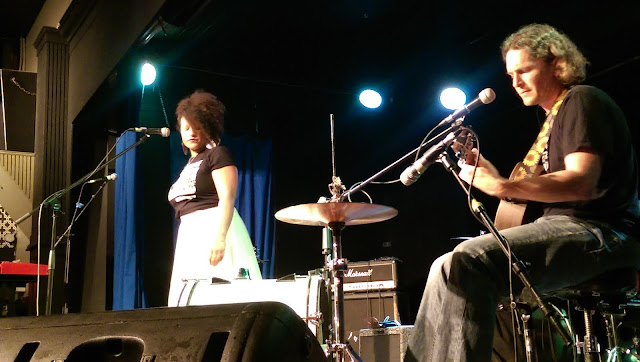 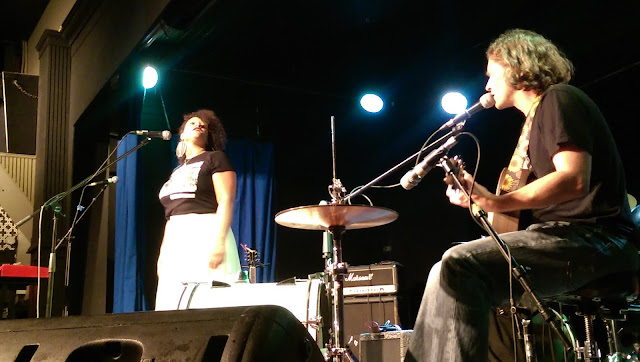 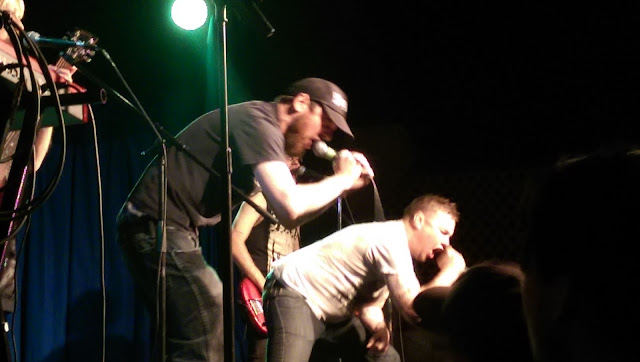 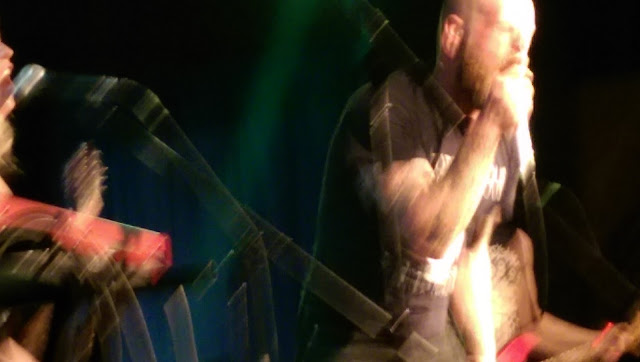 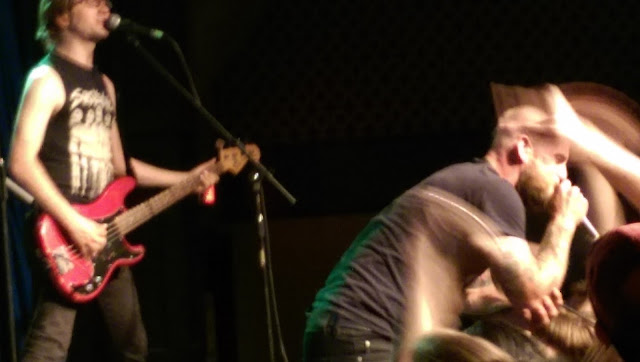 Hey, lookie, Elliot is wearing the exact same t-shirt, above, as he wore in the photo just below this post, from... which gig was that at, anyhow? I think one of the ones where the Rebel Spell opened for a DOA Farewell at the Rickshaw, because those are the only gigs of theirs bev went to that year, as far as I know...