Getting Stiff over Wreckless Eric, June 1 at the Astoria

...sorry about that title, I've been having a bout of Stiff Records nostalgia these days, but I don't actually have an erection at the moment.

I saw Wreckless Eric when he was in town for the Big Smash! festival at the Cinematheque, one of Kier-la Janisse's programs, all of music films. I'm not exactly sure what his role in things was, but Kier-la was supposedly making a movie about him at the time - so was Flick Harrison, if I recall, though I've seen nothing of either film - and as a special guest to the fest, he curated and introduced Godard's Rolling Stones film Sympathy for the Devil, AKA One Plus One, and hung around the Cinematheque in the lobby, mostly talking with Kier-la. He seemed kind of oddly cranky, actually. I came up to him at one point and enthused at him about how I'd had Big Smash!, the album the festival was titled for, as a kid, and loved it. He glowered and muttered something "civil" and kinda walked away as quickly as he could, leaving me non-plussed as to his reaction. It still has one of my favourite-ever album covers: 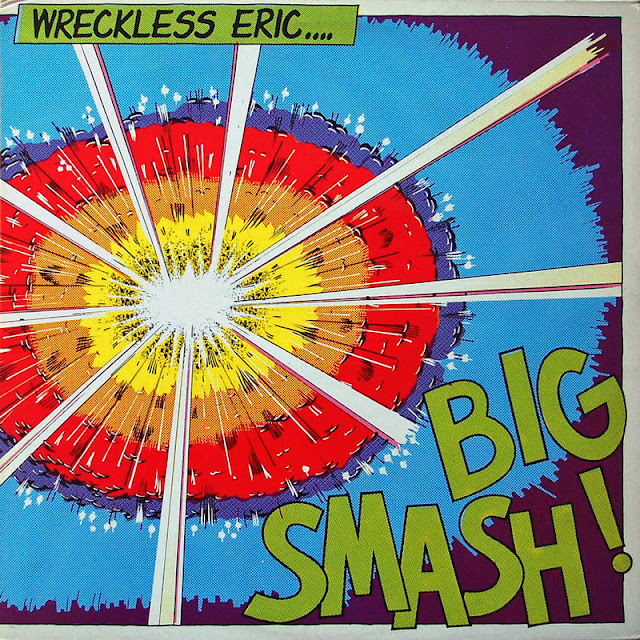 I seem to recall someone - maybe Kier-la? - explaining his somewhat puzzling response to my gushing fandom by saying that Eric was a bit bitter about how he's been recording albums constantly since his Stiff Records days, but no one knows any of them; he's ambivalent about people praising those albums. Okay; certainly true of me, I hadn't heard a thing he'd done since his Stiff days. Plus I gather he was somewhat annoyed with Stiff on that album, too, or around the time of that album, or something. I don't know if any of that's so, but as I recall, when he performed at the Railway that week - unless my memory is totally faulty - he didn't do a single song off that record - not "It'll Soon Be the Weekend," not "Tonight is My Night," not "Pop Song," though he did do a show closer of "Whole Wide World," his hit single off the previous record (tho' it appears on the double album version of Big Smash!, as well). But I didn't care; though I didn't know a lot of the songs, he gave one hell of passionate and memorable performance, made even more electric when he wouldn't get off the stage, despite a somewhat hostile interaction, it seemed, with the Railway management; I gather they were shooting him signals that it was time to call it quits, that the show had reached its curfew or whatnot, and he was saying on mic, with a somewhat demented gleam in his eye - mid-song - that he wouldn't stop, that they'd have to pull the plug, it felt too good, a-ha-ha. Which made the last song even more potent, a moment of pure punk defiance (good thing no one actually pulled the plug, because it could have gotten nasty...). 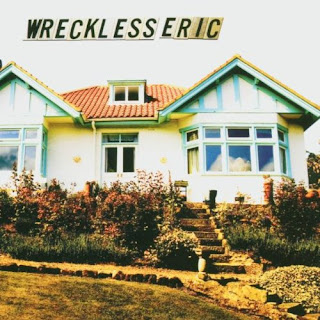 Anyhow, that's how I remember it, it was something like ten years ago. I bought one of his most recent albums that night and considered buying his book, which was on the merch table, but wasn't in my budget. But Bungalow Hi has some great songs on it, too - like "Local," which is a searingly dark anthem for anyone born in a town that they don't really want anything to do with; I could certainly identify (that's a link to a live performance from around the same time as his Railway show). It's good stuff - and he's still maybe my favourite performer on the Stiff roster, after, of course, the late, lamented genius that was Ian Dury. (Though wait, the Damned recorded for Stiff, too... uhmmm... don't make me weigh Wreckless Eric against the Damned, okay? Maybe I'll throw Elvis Costello and Nick Lowe under the Wreckless Eric tourbus, but the Damned...?).

Anyhow, the guy isn't exactly "on the radar" these days, despite what seems to be quite a bit of burning genius left in him, but according to Facebook, Wreckless Eric plays the Astoria, with the Tranzmitors opening, on Wednesday, June 1st. I don't imagine there's a curfew there! See his "really short bio," here, a longer version here, and see the Pitchfork review of his current album, AmERICa, here. Or one of the songs off it, here. It's a mid-week gig, so let's hope it starts kind of early for those of us who a) need to commute home and b) have jobs, or at least c) girlfriends with jobs, but music fans in Vancouver owe it to themselves to check this gig out... 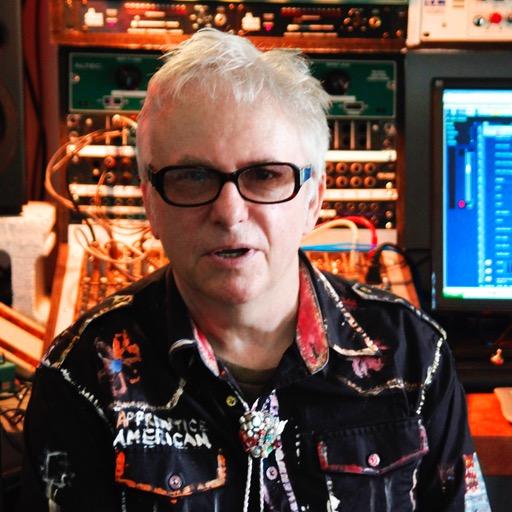 Wreckless Eric by Karen Keats
Posted by Allan MacInnis at 9:18 AM

One of the endearing Brits who kept some of the old music hall spirit in his delivery. Saw him at the Commodore in the autumn of '79 and enjoyed every minute of it. Magic, old Eric is.