Tom Charity on Jon Jost, plus Jost in the Straight 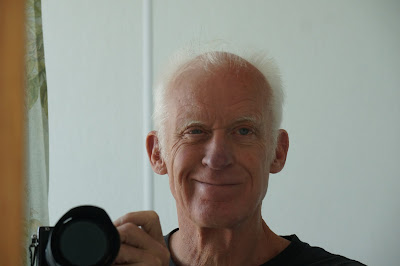 Had a chance to speak with one of the most prolific (and under-appreciated, by all accounts) American filmmakers of the last few decades, Jon Jost, apropos of his Saturday Vancity Theatre event (see here and here). That conversation (with contributions from Tom Charity and filmmaker James Benning) is here. Meantime, here's the full text of Charity's writeup, below. I asked if the Rappaport/ Carney affair had anything to do with Tom's screening Jost's films... what follows is all Tom:

The Rappaport Affair had nothing to do with it. Jost wrote to VIFF early August to say he was going to be in this part of the world (Port Angeles in fact) for a few weeks and proffering his films. For various reasons this wasn't attractive to the festival - it was already past deadline for starters, and there were questions about date compatibility - so I watched the movies he had mentioned (one of them is "new", the other is a couple of years old, which was another issue for the festival, though neither have really been seen beyond a handful of screenings around the world). I thought they were both very strong, and the chance to have Jon here in person was too good to miss.

Now, I am absolutely no expert in the Cinema of Jon Jost. But I am old enough to have been around when All the Vermeers in New York was released, which garnered some attention in London back in the day; and I reviewed Sure Fire for Time Out when that played the ICA.  I also corresponded with Jon a few years ago when the Vancouver Art Gallery were showing some Rembrandt works, and I was interested in showing Rembrandt Laughing - but the rights were complicated (it was a rare film Jost did not control himself as I recall) and as you probably know experimental work does not typically draw a large audience in this burg, so it didn't happen.

From what I perceive, Jost is more or less an unknown even to young cinephiles at this point (50 years) in his career. And he's largely unknown to me too. According to his blog he has made approximately a feature per year on digital for the past 20 years, and I have only seen the two that he specifically expressed an interest in screening here. He has refused to play the game, going his own route, steering clear of producers, sales agents, and refusing, for example, to make formal submissions to festivals, and there is an element of rancor in his writing which seems to me disingenuous - it is a self-imposed exile, and yet he rails against the film world for it. He is extremely blunt about his disinterest in great swathes of cinema, which is his prerogative, but strikes me unduly dismissive and, frankly, blinkered. It's not a strategy designed to win friends and influence them (ironically, it's somewhat reminiscent of Carney's preaching). In writing the notes for the films, I took pains not to describe him as "independent" because of the scorn he has heaped on that word, but if anyone is independent it's Jon Jost.

But in the end you have to put all that aside, what he says about others, what he says about himself, and just look at the work. And  And these films seem to me both strikingly original (experimental, if you will) but also, perhaps surprisingly, emotionally direct and, I think, very accessible. They are very pure films, about people and places, and while I have no great faith that curious audiences will show up in droves to check them out, those enlightened souls who do will find much to contemplate.

The sad irony, for me, is that I won't be here to share them with the audience - I'll be in the game, at TIFF next weekend. Which is a great shame.

Posted by Allan MacInnis at 7:18 PM