Child of God tonight at the Vancity Theatre

I'm predisposed to dislike James Franco, and I'm not exactly sure why. I have enjoyed most of the movies I've seen him in. I am impressed that he has undertaken to adapt William Faulkner (As I Lay Dying) and Cormac McCarthy (Child of God) for the big screen. I even read, when researching my own writing about the Harvard Sensory Ethnography Lab's Leviathan, a piece that Franco himself had written on the film, and found myself in the odd position of being interested in his insights ("James Franco wrote this???"). I am, I admit, a little irritated by some of the press he gets, like the stuff around his homoerotic images of Seth Rogen, say. I admit that it's passably interesting stuff for an artist to explore, especially if he's actually totally straight, but the trouble is that it only gets attention because it is occuring within this weird sphere of celebrity culture that I generally try to steer clear of. The fact that both men are famous is vastly more important to the attention this work is getting than anything inherent in it; in fact, you can't even divorce its celebrity-culture aspect from its content, so interlaced are they, so that more than boundary-pushing art, it reads more like the Internet age equivalent of a pulling a weird, queerish stunt on Letterman. While I admit a certain respect for the desire to push boundaries, I don't care about James Franco and Seth Rogen's art bromance any more than I care about the Kardashians, the best and worst beach bodies, or who is cheating on whom. 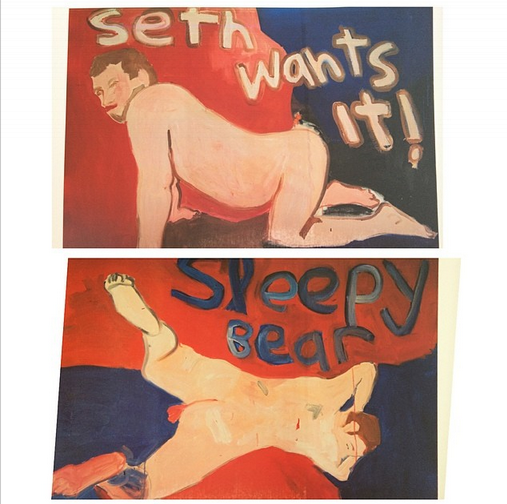 I can anticipate intelligent objections to all of this, mind you. Franco and Rogen and company are not at all reticent to take every last drop of piss out of celebrity culture that they can get, in films like This Is The End (which, incidentally, I totally loved and have now seen three times). And they ARE celebrities, and they DO exist in the internet age, so why not pump shit out there for people to click on and leave clever comments about? Why not make self-aware fun of their own celebrity and provoke other people in maybe uncomfortable ways? It's the nature of the beast at the moment, the nature of the world we're in, and even if I'm not exactly a fan of either man, these are very timely, very smart people we're talking about (I think). The annoyance I feel, perhaps, is more visceral than intellectual. I can't really explain it.

In any event, to know that, with Child of God, playing tonight at the Vancity Theatre, James Franco has adapted into a film what is beyond a doubt one of my top five most admired, most enjoyed novels - one of the few books I will be periodically driven to re-read over the years... it fills me with pause, with concern. I have been reluctant to see it, and am going to miss its theatrical debut  But I've been given access to a screener, so here I am writing about it, and my verdict is that, well, it's not actually all that bad, based on the thirty minutes or so that I saw. 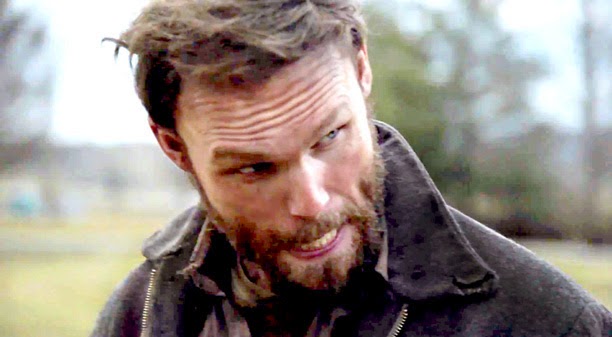 It's not particularly good, either. It has an obviously modest budget, so the period costumes are never quite convincing, and the cinematography has a bit of a Dogme-ish humility and simplicity, which is more limitation than virtue, though it does work at times. Probably the worst failure of the way that the film is constructed is that the music used for scenes of musicians performing is simply canned recorded stuff that is obviously not being played by the people on screen and that does not entirely ring true to its amateur context (as when what I believe is a recording of Clarence Ashley's "The Cuckoo" is played by the musicians as they're trucked up the hill; it's a pretty famous and polished song to try to pass off as something being sponaneously performed in the back of a truck going up a hill). Franco also doesn't have the means at his disposal to really turn the image into something memorably cinematic, intercutting between, for example, each individual musician; he just gives us the scene in a long shot, obviously because it's easier and cheaper to do it that way, if vastly less visually interesting. But all of that can be overlooked; more important is that Franco is very faithful to McCarthy's source material, to the extent that when McCarthy describes Lester Ballard taking a crap and wiping his ass with a stick, Franco provides a rather startling close-up of just that happening. For a moment, as the turd extruded and fell screenward, I actually thought I was looking at some sort of pale pink chocolate ice cream dispenser. Wrong!

Anyhow, that's kind of bold stuff to put in a film, and I respect that boldness; plus it's an interesting story, which would be hard to fuck up by someone with competence and craft (which I grant Franco and his cast and crew all have). A mentally deficient dispossessed hillbilly takes up necrophilia, preying on a community and collecting female corpses, so he can have a love life. He remains, however, a source of some fondness and sympathy on the part of the author, and we find ourselves invited to identify with him, to find something true about ourselves in his story, though we might prefer not to. That's interesting stuff, and Franco presents it with the respect and sincerity that the BBC, for instance, might adapt a novel to the screen. Nothing wrong with that.

No, mostly the film's worst crime is that it is totally unnecessary. So much of the pleasure of McCarthy, and especially early McCarthy, and most especially this novel and Blood Meridian, his two greatest works, lies in the prose, in  both the way he captures rural American vernacular and in the ornate, erudite beauty of his descriptions - that even if you read the odd passage aloud to us at times (as Franco has his narrator and some of the voice actors giving witness testimony to Lester Ballard's lifec do) - you're still essentially removing the most essential aspect of the story - the writing - and presenting it in an easier to consume, less artful, less impressive way. While that's no crime when you're dealing with a stripped down bit of storytelling like No Country For Old Men, Child of God the movie plays like the colouring book equivalent of the King James Bible. There's nothing cinematic enough or skilled enough about Franco's adaptation, faithful though it may be, to call attention to itself as cinema (unless you count the turd-and-stick scene, which you're welcome to do); to take a great novel and make an okay movie out of it is some kind of crime, or at least a waste.

Still, uh, it's not bad, based on the first half hour of it I bothered to watch, but you'll pardon me if I don't finish it. I might re-read the book, though!

How's THAT for gettin' bums on seats, Tom?
Posted by Allan MacInnis at 1:04 PM

Yeah, but can he write an opera about bullying?