Black Fly and Sitting on the Edge of Marlene: BC Film in the VIFF 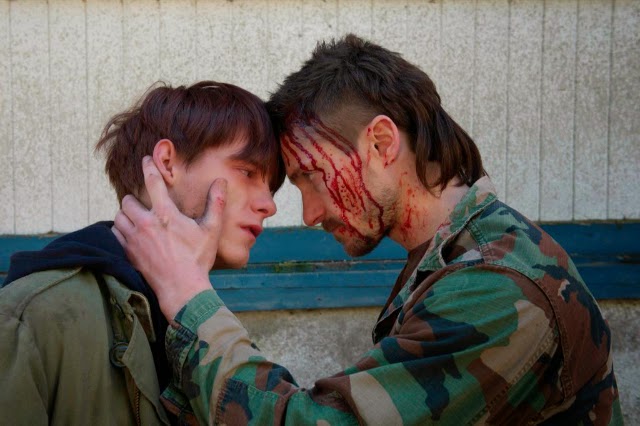 My first VIFF feature of the year is for the Straight, not my blog! I thought Black Fly a solid drama - a little brutal at times, but quite gripping. In a section that didn't get used, comparisons to Winter's Bone were discussed, though the director, Jason Bourque, thought A History of Violence and Straw Dogs more apt. It was somewhat odd to interview one of the stars of the film, Dakota Daulby (above left), in the same town where it was shot. Thankfully he seems a bright, cheerful guy, not the walking wounded survivor you see in the film... 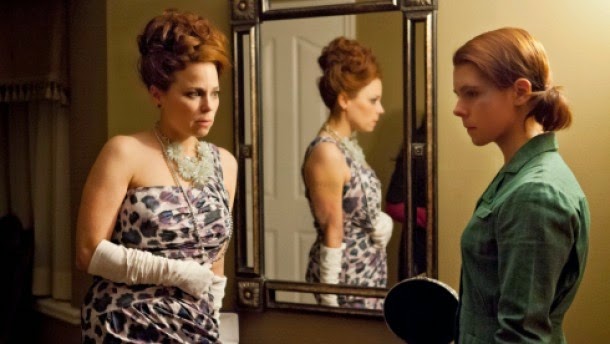 Actually, there was an amusingly jarring moment in Sitting on the Edge of Marlene, which Daulby also co-stars in. The film is about a young woman's relationship to her impossible, but charismatic mother - a substance abuser, con woman, and not-so-ethical slut who burns too bright for anyone's good. As I say in the article, it has a very Sirkian quality to the costumes and set designs; I was a bit hard pressed to figure out what era it was set in - it seemed to be set more in the land of cinema than any one decade, as different scenes evoke the 50's, 60's, 70's, and the present day - but there are a few shots in the film where I felt very happy with the location scout. They used a small pedestrian tunnel that connects the bottom of 224th to the Fraser River area and the train tracks not once but twice; I always thought it had a very cinematic quality, have long had attachment to that tunnel, and was pleased to see it used in a film. Imagine my surprise, though, when in one shot, you see the apartment building where I live in the background! It wouldn't have been so startling, except that I was in that selfsame apartment, watching the movie on my computer, and there was a brief who's-watching-who moment... was I inside when that scene was shot?
Posted by Allan MacInnis at 1:33 PM