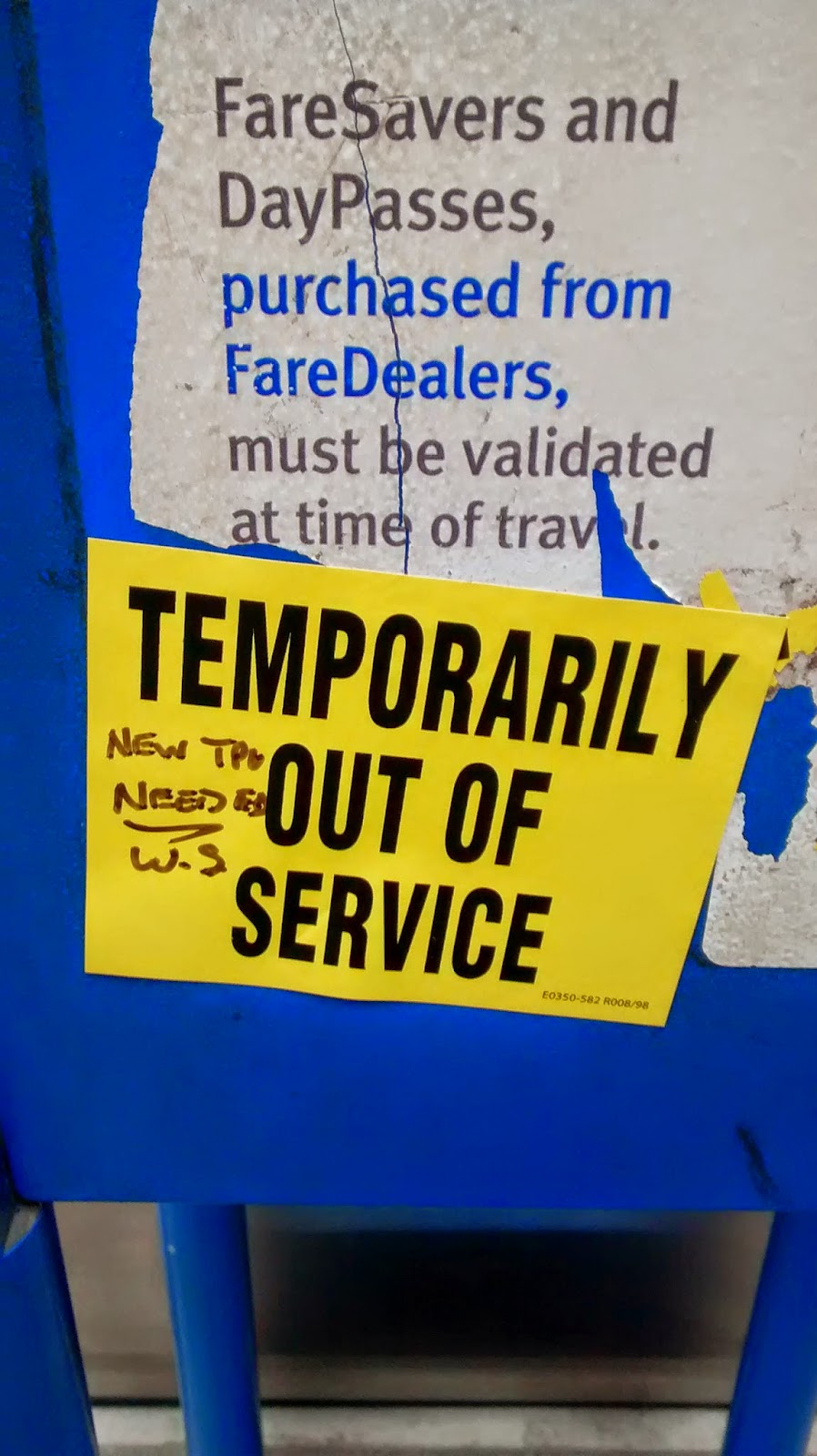 Hard not to wonder what's up with Translink these days. First, starting a few years ago, circa the Olympics, we get massive crackdowns on fare evasions: cops patrolling trains and stations with guns on their hips, which does nothing to make me feel safer, since the cop with the gun is always the most dangerous/ frightening person on any bus I've been on. If that doesn't feel "police state" enough for you, we also have transit security setting up cordons everywhere, doing things like bullying teenage girls with incorrect fare until they break down crying (something I personally witnessed), or, for instance, pushing people with correct fare aside (like, in this case, me), knocking them into the wall so they could sprint through Granville Station in pursuit of fare evaders who tried to flee... 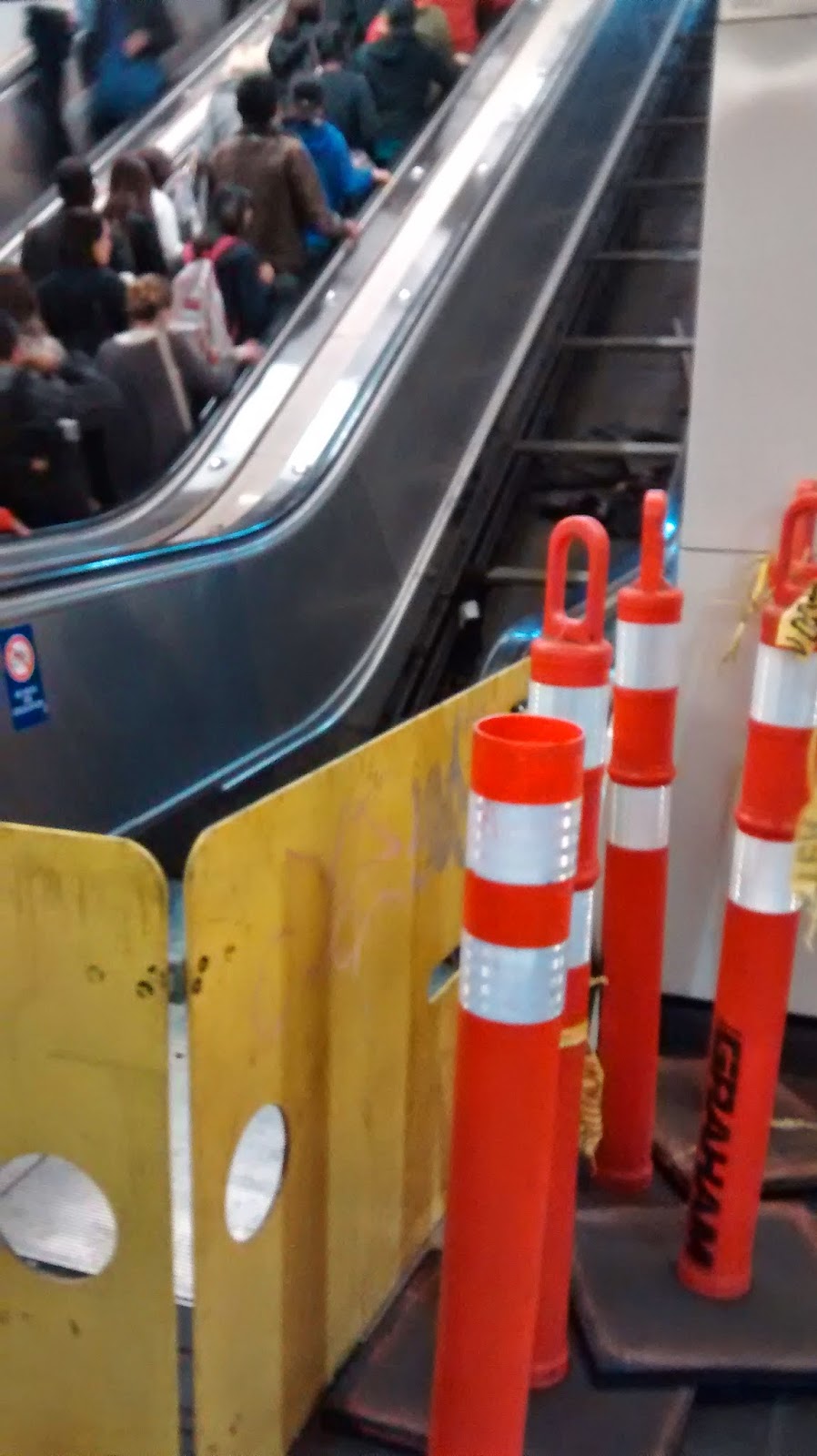 ...then there's the whole Compass Card system, with insulting "would you like a mint" posters promising that the Compass Card system would be installed in early January, and implying we're idiots for having questions or concerns about it. After millions of dollars have already been funnelled to a corporation with demonstrable ties to the BC Liberals to install fare gates - because channelling taxpayer dollars to your cronies is far less of an offense than ducking out on a $2.75 bus ticket - various issues that should have been resolved at the planning stages are revealed: like, people with paper transfers won't be able to use the Skytrain system; sorry about that. Then, at the peak of public anxiety as these bugs start coming to light, AFTER millions have been already spent, the whole installation of the system just seems to get forgotten about, shunted aside. There are working Compass Cards out there, but most people seem to still be using the paper transfers; meantime, it looks like those fare gates that have been installed were a COMPLETE FUCKING WASTE OF MONEY. Not only are they not being used, anywhere, I've been told by a Skytrain employee that they're all pretty much broken anyhow, and that the stations that don't have them yet (like Metrotown) are never going to get them, since they don't work. His comment was that it's all a fast ferry scandal waiting to break...

Meantime, it's business as usual for public transit users: broken escalators, broken fare machines, full buses, broken buses, buses that simply don't materialize, buses that pull away from you as you sprint screaming towards them down the sidewalk, buses that have been scheduled so they arrive at their stop five minutes after the connecting bus has pulled away so that you have to waste twenty five minutes waiting for the next bus (a regular feature with the 701 out of Maple Ridge, which for years was scheduled to connect with the 160 to Vancouver or the 169 to New West at the Coquitlam bus loop, and which now appears to have been scheduled to deliberately arrive so you MISS your connection, making sure that your transfer is useless by the time you get anywhere you need to be; just tell me that that's by accident, I dare ya). I mean, clearly if you were an important person in this province you wouldn't be taking the bus in the first place, so why should you expect the system to serve your needs? Fuck you, you have bad breath. You deserve what you get. You're probably a fare evader anyhow. 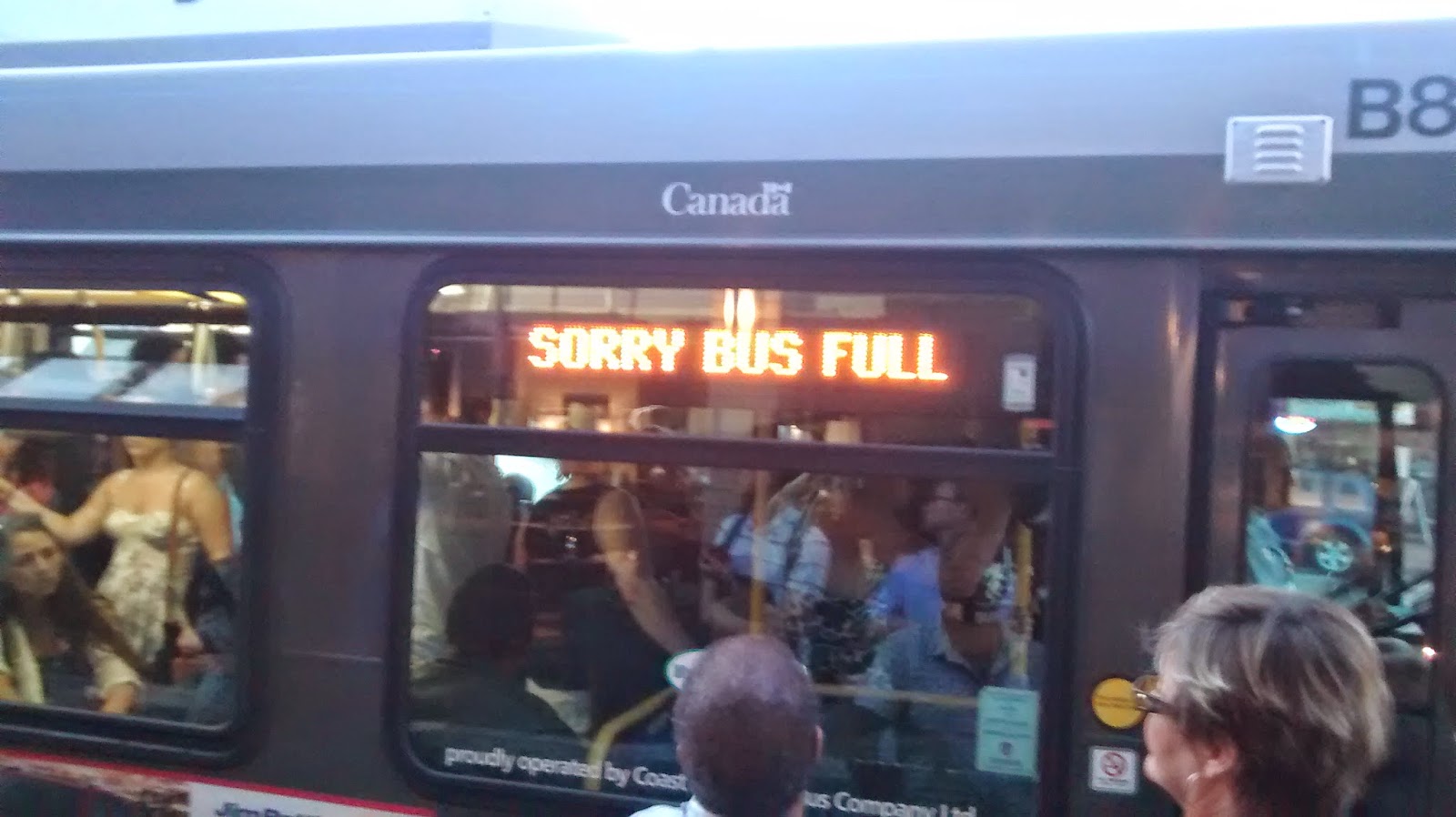 ...and if all that's not enough to frustrate you, we then get months and months and months of disrupted late night service, so that the rails can be upgraded. Some of that work actually needs doing, I gather - and three cheers for the Evergreen Line, which is going to make the life of long distance commuters like me much, much easier. Still, it all seems just a bit suspect, given the timing, like it might just be a huge distraction from this incomplete Compass Card implementation, a move in a much larger game designed to defer the scandal that will inevitably break. Or - call me paranoid, but has it occurred to anyone else that all these recent breakdowns could be some sort of attempt to socially engineer approval of the Liberals taking several more million dollars out of the public coffers, to make sure the system works properly? I mistrust them enough that I'd be willing to believe it (not that they seem to be eager to assume any degree of accountability for these glitches). In any event, the number of breakdowns, slow downs, and other issues on the Skytrain in the last few weeks has been phenomenal. My girl and I got good chuckles, riding the Expo Line to Metrotown the other day, when one of the many poor suckers tasked to grovel apologies for delays over the intercom repeatedly asked us not to "break out" of the cars when stopped outside stations. Great word choice, that. If I weren't poor and desperate these days, spending all my time hustling to survive, I'd be really, really angry at the BC Liberals, Translink, and the state of our province, which is seeming pretty bloody FUBAR at the moment. The saddest thing about it all was asking a visitor to Vancouver - a young student - what she would do if the Skytrain kept breaking down and getting the reply that she would "start to hate Vancouver." And really, I can't say I'd blame her. 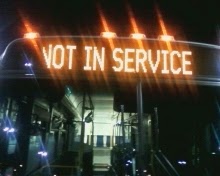 Posted by Allan MacInnis at 1:37 AM

An interesting bit of follow up reading to this, posted on Facebook in response to the above by Stephanie Lee:

I'm not entirely sure about the free transit thing, since - pardon my pettiness here, but I'm serious - it will surely increase the number of people who stink to high heaven on the bus, and I get enough of them as it is - but one thing sure seems smart: get rid of the idea of having our system administered by a private corporation. Transit should be a public service, publicly funded: because we need to be able to vote people OUT OF OFFICE when things fuck up like they're doing. We can get rid of Christy Clark and the BC Liberals - god, please, let's - but who is holding Translink accountable, and how? They'll survive into the next administration, and so will their agenda and lack of respect for the public.