Ever notice that the people who package DVDs and Blu-Rays for the North American market - particularly if they're action, suspense, or horror movies - almost always try to obscure the fact that a film comes from another country? Sometimes if it's actually in a foreign language you can figure it out by seeing the spoken language listed in the fine print on the back, but if it's from a foreign country where the first language is English, chances are, the people who write copy will make it a point not to mention that, not to even hint at it. It's been a peeve of mine for decades, which I'm only now thinking to rant about, but I've often been highly frustrated, when contemplating buying or renting a video, to find myself unable to determine such basic information as where it comes from, even after reading every last bloody word of copy on the box. It's as if the consensus is that people who watch movies couldn't possibly actually be interested in such things, couldn't possibly care about cultural specificity in their cinema consumption - that the majority of would-be video purchasers/ renters are likely xenophobic, sheltered morons from the lowest common denominator who will be turned off by a film if they realize it's not, in fact, Made In America...
Here are a few striking case-in-points - all of which, by the way, are films I heartily recommend, if you haven't seen them: 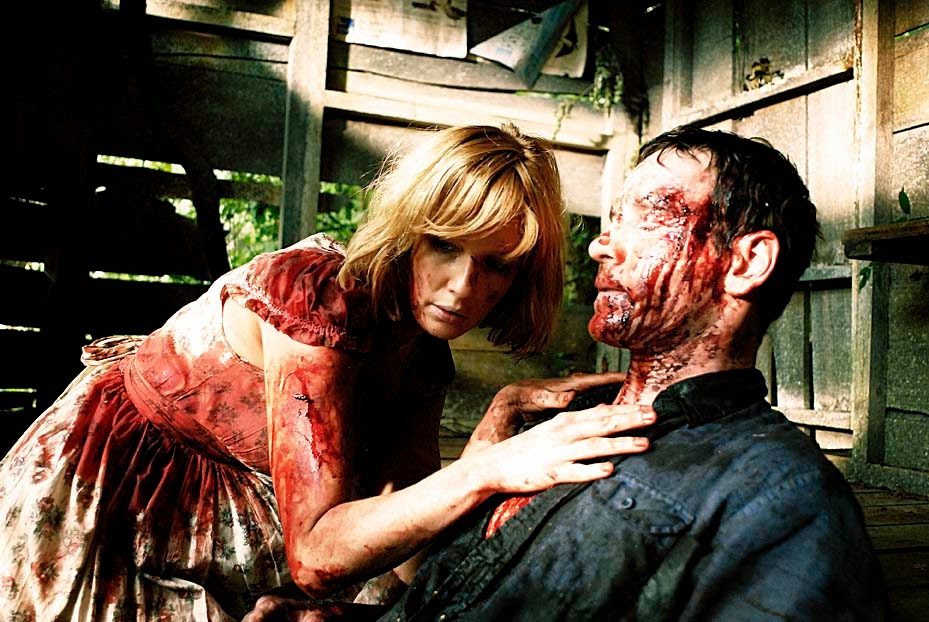 Eden Lake: an interesting, slightly nasty variant on the urban-rural horror film, starring Kelly Reilly and Michael Fassbender as a middle class couple terrorized on vacation by young thugs. It makes an explicit problem the issue of class relations, often dealt with subtextually in this particular subgenre of horror, but seldom so intelligently; the copy mentions that the film is "relentlessly tense and immaculately paced," but other than the fact that two of the reviews quoted are from UK publications, no mention is made anywhere that the film is a UK production, not even in the fine print. I immediately got excited on discovering this, since (unless you count Straw Dogs, which I don't) at the time when I first watched it, I had not yet seen a UK variant on urban-rural horror, a genre I'm partial to but tend to associate with the USA (Deliverance, The Texas Chainsaw Massacre, The Hills Have Eyes - that sort of thing). For me, that it wasn't American was a selling point. Had to actually get the movie into my DVD player to discover that, though - I probably would have snapped it up sooner had it been described more accurately. 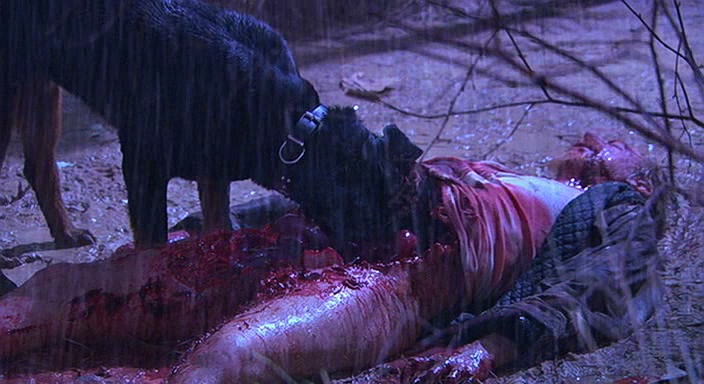 Storm Warning: Another urban-rural horror film, much more savage and cathartic than Eden Lake, though perhaps less self-aware. The copy writers describe it as a "terrifying trip into the depths of human depravity," about a couple who are forced by a storm to land on "a remote island," where they end up in a "a bloody fight for survival" against a demented family. The remote island, should you wonder, is actually fucking Australia, where the film is set. If you really, really squint you can make out the word "Australian" in the fine print, but this film rivals Wolf Creek and Rogue for having a survival-in-the-outback level of relevance - though it's a swampier, wetter side of Australia than you usually see, which makes it even more exciting for someone with an interest in international locales. As an added bonus, Storm Warning has a level of savagery that I have come to associate with Australian cinema - where the horror movies in particular are often rather grim. But I like my urban-rural horror savage, besides which - have I ever seen a film made in Australia that I did not enjoy? It's almost a guarantee of quality, so once again, it would have been a selling point had the copy writers thought to mention this. 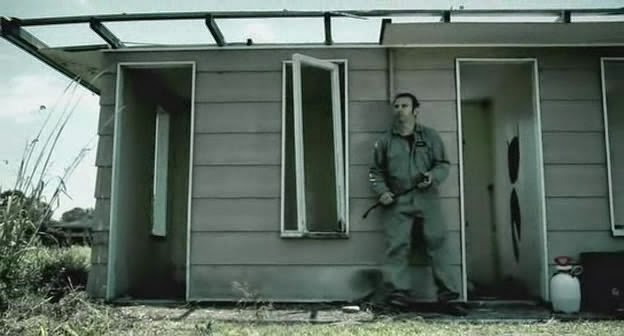 The Horseman: this was the film that actually got me started on this line of thought tonight. It's the perfect revenge film, sort of a murderous variant on the Paul Schrader film Hardcore: a bereaved father sets out to murder the men he holds responsible for the death of his daughter after she was given drugs during the making of a porn film. Once again, it is an extremely brutal movie, which does not flinch from making its acts of vengeance as unpleasant as they can be, which is utterly in keeping with the demands of its subgenre and a sort of moral imperative to not make revenge seem a happy or satisfying thing; it may even be darker than Death Sentence, previously the darkest revenge film I've seen, with Kevin Bacon as a Death Wish-style avenger who becomes ever more dehumanized by his own actions. The copy for The Horseman describes it as a "shocking and merciless experience," but nowhere on the box - front, back, spine, you name it, even in the finest of fine print, is there a clue that the movie was made in Australia. I dug it out of a Dollarama discount bin for $3 today, but would have gotten to it sooner had I realized... 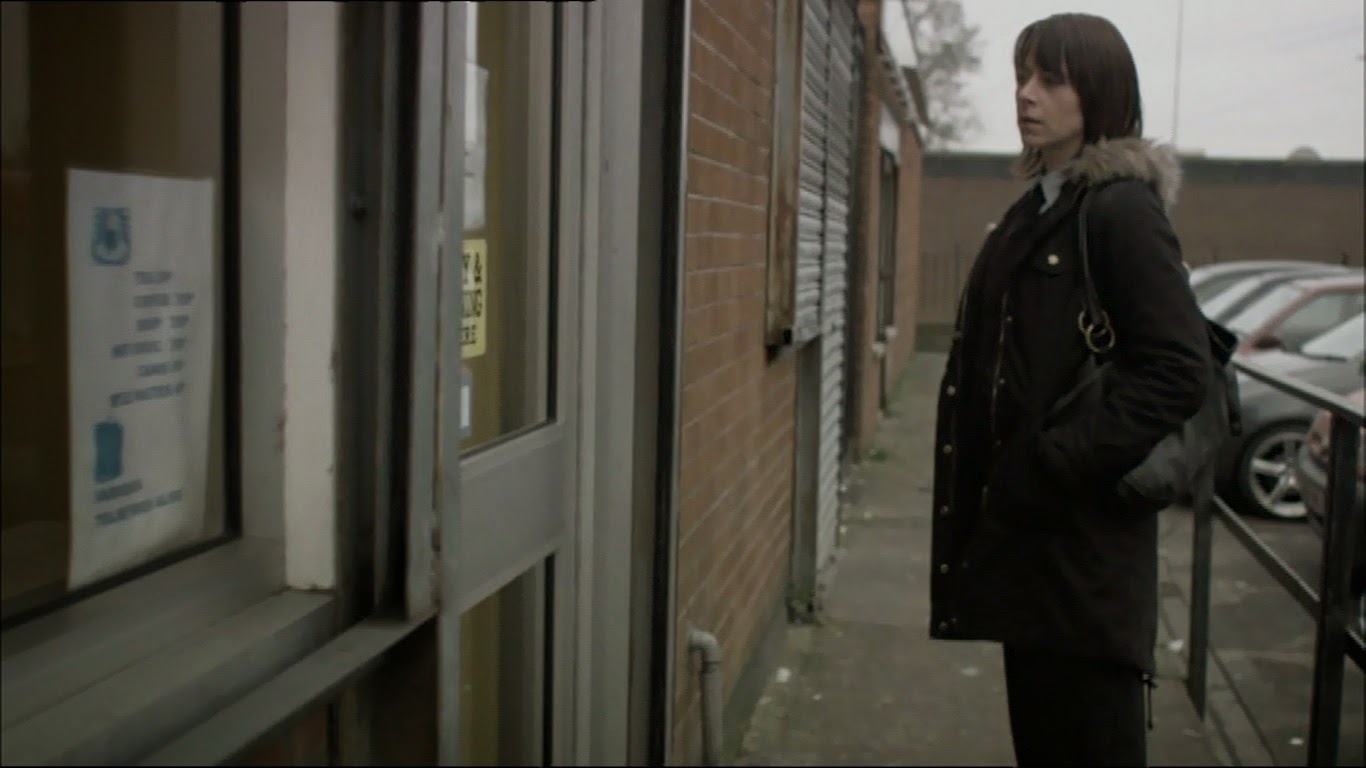 Red Road: not a horror movie, but a Dogme film, also with a bit of a revenge theme. The copy talks about a woman who works as a CCTV operator who "watches over a small part of the world, protecting the people living their lives under her gaze. One day a man appears on her monitor, a man she thought she would never see again, a man she never wanted to see again. Now she has no choice, she is compelled to confront him." Copy like that, applied to product that's made-in-the-USA, suggests, in fact, a pretty shitty movie, with cardboard characters, melodrama, and the general falsification of reality you get in American mainstream cinema, where people in movies almost always behave more like they're in movies than like they're people in real life. There's no mention at all that the film is shot in Glasgow, Scotland (unless it's buried in print that is so fine I cannot be arsed to squint hard enough to make it out). That fact alone would change my estimation of the film, had anyone thought to share it. It's actually a great film - and it's always interesting to see Glasgow in cinema.

The Disappearance of Alice Creed: this is a tense, smart kidnapping movie, made with a sensibility that rather reminded me of the Wachowski's Bound, but without either lesbians or mobsters. I'm not linking to Wikipedia on that title, because the description begins with a spoiler that completely ruins an aspect of the film; sometimes, surprises should stay surprises. But there was no need for it to be a surprise that the film was made in the UK, or - if you really want specificity - shot on the Isle of Man (!), a neat location for a film to come from. My DVD copy of this one is at my girl's, so I can't check the box, but I vividly remember my surprise when I plugged it in and discovered people speaking with British accents. Again, I'd have gotten to it sooner had I known - though yes, I should have twigged that it was British when I saw that Eddie Marsan was in it! 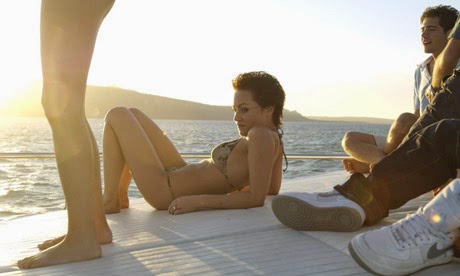 Donkey Punch: I actually crapped out of finishing this film because I was so unsettled by where it was going, but I totally admired the first half; I just didn't have the stamina at the time to continue. The copy on the back reads as follows, making it sound rather like an instalment of Girls Gone Wild:

It's party time on the Mediterranean and three hot girls are out to lose themselves in a hedonistic whirlwind of sun-soaked, booze-drenched, depraved fun. When a group of likeminded lads offers to keep the party going by taking to their luxury yacht, it's just the glamorous adventure the girls are up for. But then the evening suddenly erupts into a drug-fuelled frenzy of bizarre sex acts including the 'donkey punch,' savage violence and a ruthless fight for survival.

Granted, they use the word "lads," and elsewhere on the box if you read the fine print you will see by the runtime the letters "UK," but they're not actually doing much to emphasize that this particular brutal sexual horror movie is British. The fact that it's British makes it much, much more interesting to me, since the Brits aren't exactly known for either violent film fare, thanks to the whole Video Nasties controversy, or very sexually intense cinema, which, presumably, this is; like I say, I copped out, so I don't really know where it goes...
Well... yes I do.
There are other examples - including Canadian ones, like Don McKellar's Toronto-shot-and-set Last Night, which makes no mention of being Canadian on the box I have. It's a shame. The consensus for years has been to "dumb down" the copy on video boxes, only one aspect of which is this denial of cultural specificity. Now that the lowest common denominator have pretty much given up on home video altogether - having shrugged off the problem of un-stable platforms by opting either for Netflix or torrenting - the people still putting out DVDs and Blu-Rays might want to learn from the above, that at least some of the people who are still in fact buying Blu-Rays and DVDs actually do care about such things, and would appreciate accurate, descriptive, informative copy rather than breathless blurbs about plot points...!
Posted by Allan MacInnis at 2:20 AM

Ah, coincidence. The day after writing the above, I'm poking around the thrift store where I volunteer, and there I find a DVD for a movie called Paranoid. Jessica Alba stars as a fashion model in jeopardy; it sounds like it might be a passable thriller for Mom and I to watch, so I buy it, take it to her place, and lo, as soon as I pop it in the player: it turns out it was funded by the Isle of Man film commission (and presumably shot there). Which of course is nowhere listed on the box. It's not a bad little movie, in fact, though not quite on a par with the above...