The Rio Grind Film Festival: Dead Sushi, John Dies At The End, and MUCH MORE! 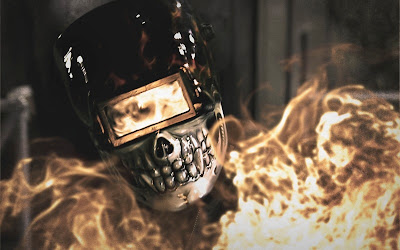 Oh, wow: I didn't even know about this. The Rio Theatre is going to be running a festival of genre films this weekend. What a great, timely idea! (It's almost like the return of Cinemuerte... I wonder if that's non-coincidental?). The Rio Grind Film Festival homepage is here, and the schedule can be downloaded as a PDF here. Or look at this JPEG that Videomatica has thoughtfully provided: 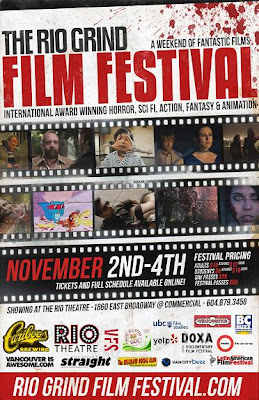 I don't know a lot of these films or filmmakers, but Dead Sushi looks like one fucked up, fun piece of cinema: trailer here, official website here, Wikipedia here, and a page on the director, Noboro Iguchi, here (I haven't been following him, but his diverse back catalogue includes AV titles like Beautiful Girl Excretion School, Enema Shame Zone 13, and Busty Costume Play Investigator; and he has also made more mainstream gore films with titles that translate into things like A Larva To Love and Zombie Ass. And of course, Robogeisha). 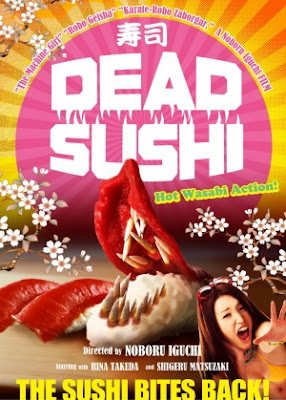 There's also Nightmare Factory, a documentary about KNB Effects company, responsible for some of the greatest effects in contemporary horror. They don't appear to have their own Wikipedia page (!?) but can be learned about briefly by reading about Greg Nicotero, the N in KNB, whom you may recognize from his small role as a soldier in Romero's Day of the Dead. (See his severed head here, if you forget). It was on that Pittsburgh-lensed film - which has a very warm, wet place in the hearts of horror fans - that he met the B in KNB, Howard Berger (David Cronenberg's joke in Videodrome that the signal is coming from Pittsburgh connects to the Romero films, but that was before the days of KNB).You can also find a Wiki page on the K, Robert Kurtzman, who no longer is with KNB, or visit the KNB Effects website, which has a bio all its own... 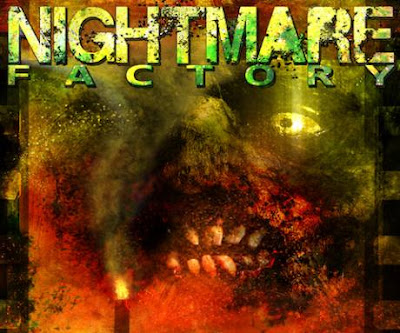 Also cause for excitement: I've been waiting eagerly for Don Coscarelli's John Dies At The End for awhile now - trailer here, official site here. I don't want to promote that film too heavily until I get my ticket, but if it's as good as it looks, it's amazing. The Rio Grind also features a program of shorts and a relocation for Spike and Mike's  Sick & Twisted Animation and a whole lot of films I've never heard of that sound just, well, swell; it's a little labour-intensive to post individual links for all of them, but seriously, just go here for more. See you at the Rio!
Posted by Allan MacInnis at 6:33 AM