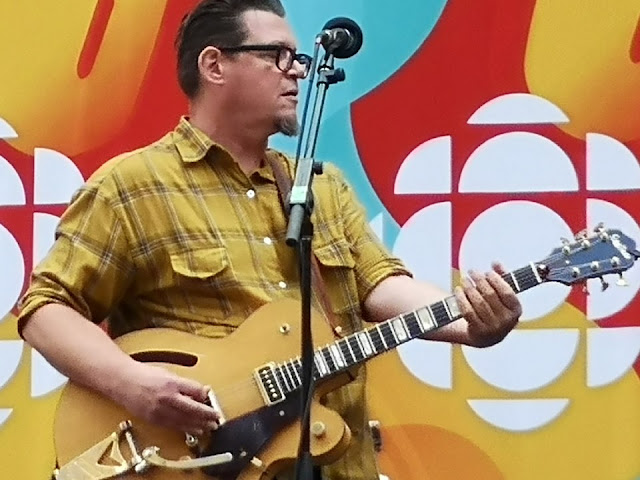 So the CBC building at 700 Hamilton has been having these free noon-hour concerts. Yesterday, it was Cousin Harley, and apparently, if you catch the news spot about the event, I am prominently visible sitting in the crowd in my yellow Hawaiian shirt, in proximity to Bob Hanham, Mark Bandcouver Bignell, Erik Iversen, and other notables. I had ducked out on my lunch break to catch at least part of the set. Amusingly, my wife, visiting her parents last night, was most amused when suddenly the CBC was running a spot on the event: she was telling her parents we often go to see Cousin Harley, and that she thought I was going to attend, and then - the camera pans to the audience, and there I am, front and centre, in my loud yellow Hawaiian shirt (Bob Hanham and Erik Iversen were both also in Hawaiians but not quite as bright as mine). I can't find the clip online, but there's a video I shot of one of the songs, here, and I do briefly include myself (or at least my large bald head) when I pan the audience.

If you haven't caught Paul Pigat/ Cousin Harley before, and you like what you hear - and who amongst us does NOT like red hot rockabilly? - you're in luck; the Rickshaw will be hosting his 50th birthday event in September. Great live show; I've interviewed Pigat in the past, here, if you're curious. Seems like a great guy. BTW, for those (like Rob Matharu of he SLIP~ons) wondering what Paul's guitar is, he explained on Facebook that it's his "one of a kind Gretsch Synchroclub Which I designed with their master builder. I guess it’s kind of the prototype of my signature model that will probably never go into production." Pretty damn cool! 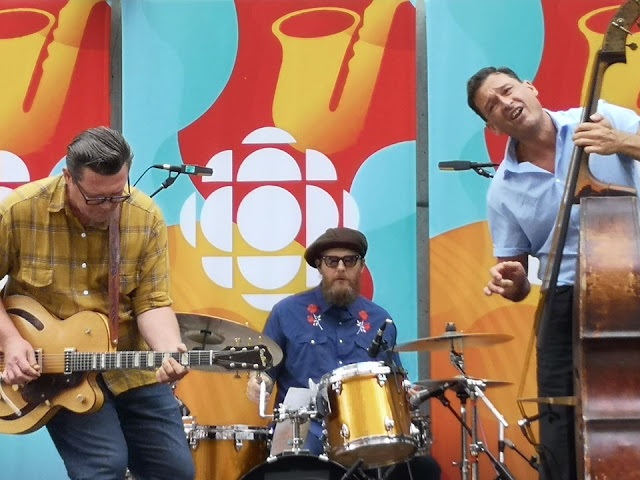