A word to the wise this Record Store Day 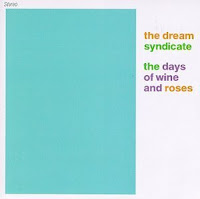 Do you, like me - even though you are trying to, perhaps, cut back on new acquisitions - religiously look through the list of Record Store Day releases every year, in case there's something you just really need? Or, well - maybe no one really needs a record, but I seem to see something I want about every second RSD. It'll be like: blah blah blah blah Anne Briggs reissue! (That was my one purchase last year, I think. The one before that I think I skipped, but before that, it was a Joe Strummer and the Pogues live album).

As befits my usual pattern, I see nothing that I need (or want) this year - somewhat to my relief. If I was inclined to play 7"s more than I am I'd grab Motorhead covering the Ramones' "Rockaway Beach" but I don't really break out singles very often. It's kind of an appealing one, tho'. Wait, now I'm thinking about it, maybe I need it. Want it. Um.

But the one item that I'll mention here as a public service - if you like the Velvet Underground, and/or the idea of a California "Paisley Underground" band doing a slightly amped up, slightly garage-y take on the VU's legacy, check out the Dream Syndicate's Days of Wine and Roses reissue, which comes packaged with their original EP. I'd be tempted by it just for the new liner notes - including some material from Chris D., who produced the LP,  which I never got around to asking him about - if it weren't for the fact that I have the original album and EP both, already. The Dream Syndicate is a great band (whose later recordings from back in the day went a little too far into the realm of Americana for some people, but whose recent LP, How Did I Find Myself Here, is actually head and shoulders above most "comeback" records.)  And this EP and LP combination represents (along with their new stuff) some of their strongest, most thoroughly rockin' material - really fresh, potent, lyrically smart, exciting stuff, with just enough noisiness in the guitars to justify their taking the name of (basically) a noise band (because the other, original Dream Syndicate was one of those legendary LaMonte Young projects, also known as the Theatre of Eternal Music; John Cale was among the avant garde luminaries - also including Tony Conrad, Terry Riley, and Jon Hassell - associated with it, so there's a direct lineage to early VU, there, which is presumably what the other Dream Syndicate is riffing on).

I mean, there's also a Trout Mask Replica reissue, but...
Posted by Allan MacInnis at 6:12 AM