God's Own Country at the Vancity Theatre 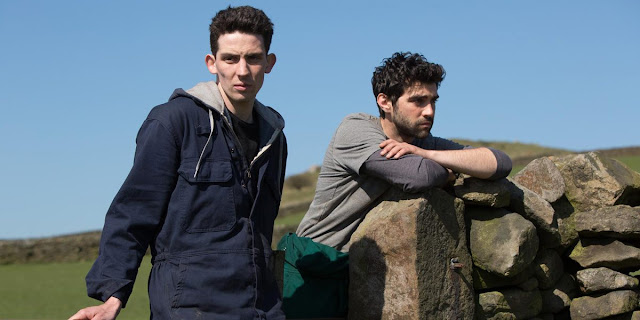 There's not much I can do to link the default passions of this blog - punk rock and horror movies - to the upcoming film God's Own Country. There is some mention of Bradford - the home of English punk band the New Model Army - so I guess I could try to draw some tenuous parallels between "Green and Grey" and the landscapes of the film (beautiful and lush and expansive, but nonetheless at times quite bleak). But there's no punk rock of any sort in this film, and while there's occasional mention of going to Bradford for a night out, it never actually happens: the characters stray no further from the farm than whatever their rural village is called, which is even more smalltownish than Bradford (the subject, I assume, of another great New Model Army song, "Smalltown England").

Boy I love the New Model Army. I hope they tour this way again... Umm...

...but all the same, I really enjoyed God's Own Country. It tells a very simple story, but there are complex emotions running deep in its characters: primarily a young man who has been fitted with the unwelcome mantle of maintaining his father's sheep-and-cow farm as his Dad's health gets increasingly worse. The kid is filled with a quiet, mostly self-directed hate - for his life, for the burden of the work, for his own loneliness. He gets staggeringly drunk on a pretty regular basis at a pub not too far away; when we first see him, he's puking away the night before in the toilet. Occasionally he has furtive sex with a beautiful local boy, but he wants nothing to do with him besides the odd bit of bum, even though the kid seems friendly enough. Mostly he just works the farm and tries, it seems, to choke down (or drink down) any emotions that might take him away from his unwanted, but unavoidable duties. His father and grandmother don't really say much of anything to thank him, because he's a bit of a bastard most of the time, and he doesn't try to ease up on them either, because for anyone to be kind to anyone would crack the seal on vulnerabilities that could sabotage the whole dysfunctional arrangement.

The cast of the film is great. The main character, Johnny Saxby, is played by Josh O'Connor - an actor I don't know, presumably in one of his first roles, but he does a great job. The whole cast does, with un-faked real farm chores (birthing lambs, or sticking your gloved hand into a cow's vagina to check a calf) and a bit of sheepshit on the ass during an outdoor sex scene to lend authenticity to the performances. The only name I recognized when the credits rolled was that of Gemma Jones, who does a fair bit of work in film and television, but who I needed to look up on Google to see why her name was familiar. 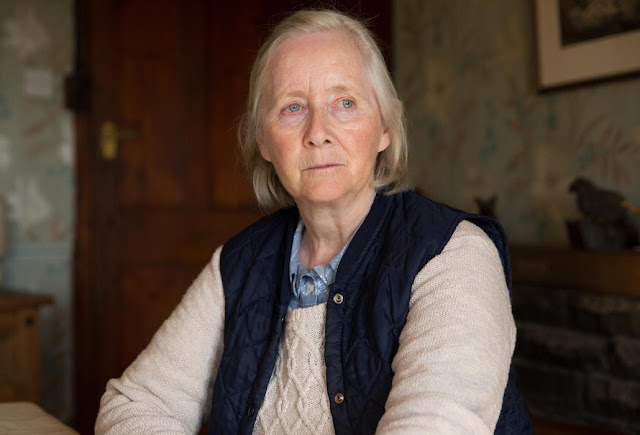 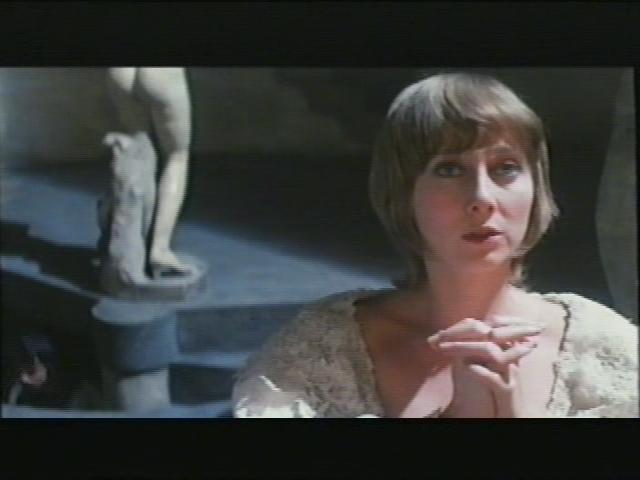 ...but even a direct link to Ken Russell's The Devils is not really enough to bring this film into my wheelhouse. Doesn't matter. This is a pretty sincere and moving love story about what happens when a Romanian farmhand comes to the farm and begins a relationship with the main character, at first rooted in sex, but slowly expanding until things get complicated. There is some rather hot, if slightly muddy, sex; there are some emotional hurdles; and there have been comparisons - including in the Vancity Theatre program guide - to Brokeback Mountain, without the cheesy slash fiction aspect. (I love David Ehrenstein's putdowns of that movie, which I valued and believed far less than God's Own Country).

I don't think saying more about God's Own Country will profit readers, but it is emotionally engaging, believable, and intense, and you will find yourself feeling quite a bit for its protagonist, fucked up as he is. It would be unfair to reveal the ending of the film, but I will say that I found myself surprised to be thinking of Five Easy Pieces at a certain point, when some character's emotional walls start to break down. It's a moving film. If you like the country around Yorkshire... if you like stories about young men struggling with their emotions... if you'd like to see a fairly positive an reasonably un-falsified representation of queer romance (or at least sex), this might be a worthy experience, even without any vomiting naked nuns to spice things up. Vancity Theatre showtimes here - I believe it opens Dec. 8th.

Oh, David Ehrenstein in that essay gives a reference to one of the first pieces of queer cinema I ever found myself liking, the Merchant/ Ivory film Maurice... looks like that's coming up at the Vancity too, along with other Merchant/ Ivory films... Hmmm...
Posted by Allan MacInnis at 12:04 AM