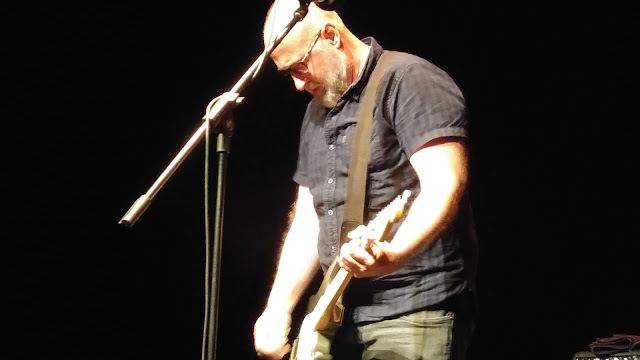 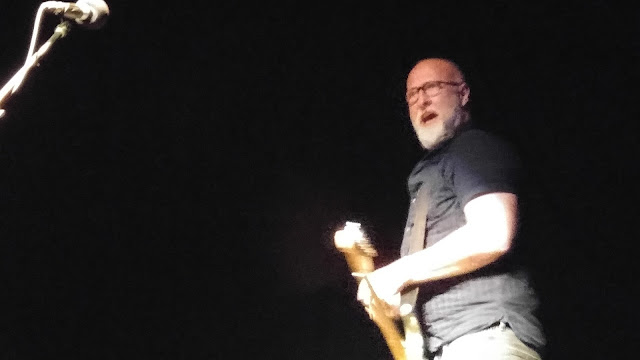 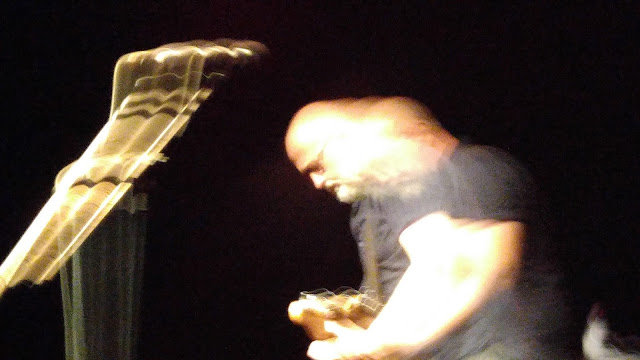 All photos by Allan MacInnis

Show review here. Dirk Bently was a bit harsher on Facebook talkin' about the variable tempos and fudged lyrics of some of the songs (which I noted, too - the Du stuff was messier, I thought, than his solo work) but he also acknowledges ("Celebrated Summertime" aside) that these things didn't matter much. One thing I forgot to mention is that I overheard more than one person say to Bob, in the queue at the merch table, that Husker Du had saved their lives. A few of them didn't even have anything to get signed - they just wanted to thank Bob. He received it all graciously.

There were some encounters that were pretty funny in that queue, actually - like the ubiquitous Gerald turning up, after a solo signing party with Bob, with MORE stuff for Bob to sign, and then hassling me about letting him go first. Bob greeted him with "YOU AGAIN?" But obliged him, no less.

One guy wanted to just hug Bob and gush, saying he had nothing for Bob to sign. I dug a little gig poster out of my pocket and slid it over, and said "now you do," but the guy wasn't done gushing, so he kept at it, not notcing. Bob waited for a pause and then said, "look, you have something for me to sign!"

Then he signed it.

A guy I know from the music scene - he was at that Grant Hart show at the Lamplighter I wrote about, linked a few posts below, though he was in awe of Hart that night, unlike me - chose as his opener, "Have you ever seen a Husker Du tattoo?" Bob said, "I have." Then the guy went ahead and showed him his anyhow. But Bob was really sweet about it. I mean, what do you do? Politely receive the love and try not to think about dinner...?

It must feel pretty nice, actually. No one lines up to love ME. 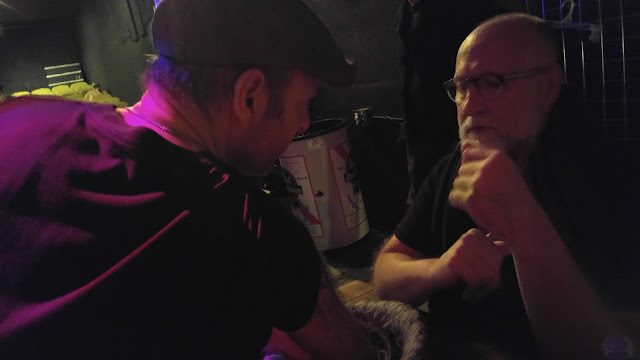 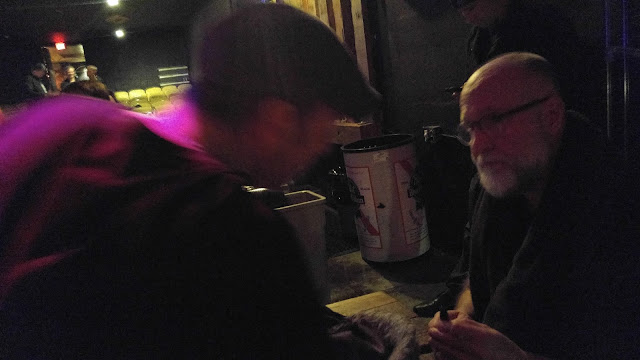 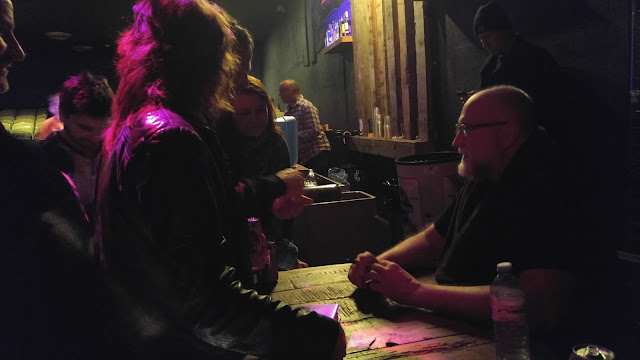 It was kinda funny, too, how many people wanted to gush condolences about Grant Hart at Bob, who I don't think Bob had been at all close with for some time, but their troubled working relationship and whatever acrimony existed between them wasn't something he was going to bring up. Again, as Dirk notes - it's something I thought of too - "Never Talking to You Again" is a pretty chilling and fitting obit. I gather some people were moved to tears by Bob choosing to play it.

He whipped through it pretty quickly, I thought, but it was still touching.

For my part, I got in line and got him to sign my Zen Arcade. I'd bought a Patch the Sky with me, too, but there was a queue, and I had "kinda" jumped it - because I'd been at the FRONT of it when Bob came out from backstage, had been the first person waiting by the merch table, but he sat down a little to one side of where I was, and a lineup formed that I didn't feel like getting in back of. So I got my Zen Arcade signed and then just figured I'd let the Patch the Sky sit.

Then, it turned out, after bullshitting with Mo and Ford and milling around a few minutes, the queue was still active, and very short, so I got back into line and got my Patch the Sky signed too. I asked Bob's permission to mention the weed thing in that Straight review, and he was fine with it, and shook his hand and thanked him, and that was about it. (It weirdly did occur to me to flirt with him a bit but I suppressed the instinct. I mean, I knew I would be kissin' and tellin', and I'm not sure Erika would approve).

The guy has a pretty blessed life, it seems. I'm glad for him. I don't think a lot of old punks end up so happy, peaceful, or comfortable-seeming... I wonder if Chi Pig was there last night? 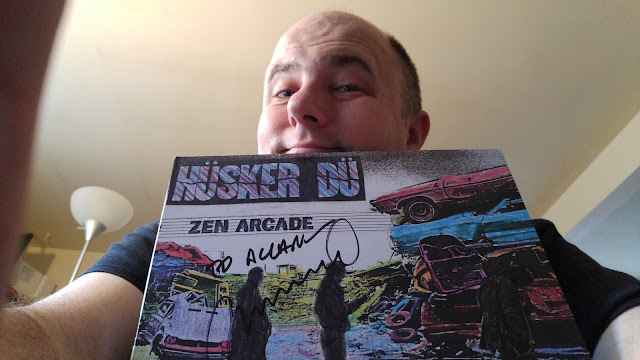 Posted by Allan MacInnis at 4:23 PM

Oh Allan, you are so adorable! Did you shave your upper lip or something?