Tonight at the Cinematheque: I Heard the Owl Call My Name and The Silent Partner - plus Ganja and Hess, coming soon

Right, so has everyone read my John Werner piece? Vancouver punk bassist returns to England to reunite with a legendary band from whose wake sprung Theatre of Hate and Spear of Destiny? And you've all noticed that Spear of Destiny plays the Astoria in a few weeks, right? Best and biggest piece I have done in some time, if I may say so myself. There are a few significant aspects of the story that I left out, but I may be able to fill in a blank or two in a subsequent piece, if I have the time and energy to write it, as the Spear of Destiny gig gets closer. We'll see. 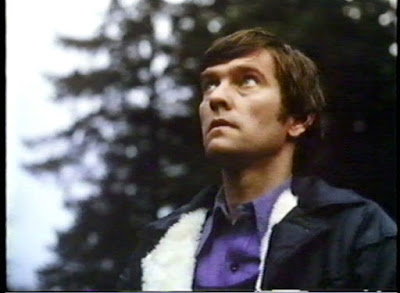 Meantime, I notice there's a singularly interesting double bill at the Cinematheque tonight. I have been aware of, and compelled by the title of, Margaret Craven's I Heard the Owl Call My Name since I started going into used bookstores as a child, and learned that owls were, to some aboriginal peoples, seen as omens of death, which idea always appealed to me. The novel is ubiquitous - or was at one point - but I didn't know that both it and its film adaptation were set in BC, though I did gather it had something to do with a priest visiting a remote Canadian First Nations community (that of the Kwakwaka’wakw, previously known as the Kwakiutl). Tom Courtenay is a fine actor, and it's good to hear that the First Nations characters are played by First Nations actors; beyond that, I have no idea what to expect, but I think I'll check it out - feel like, as a Canadian, I should know this story. 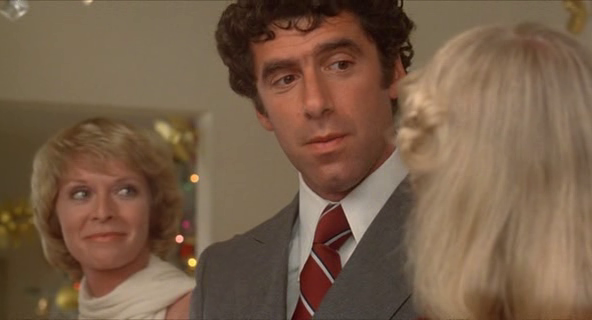 Remarkably different (save for the involvement of director Daryl Duke) is the Toronto-shot crime thriller The Silent Partner, which I have seen on at least three occasions, but none recent. My memories are somewhat dim, but I remember loving it when I first saw it, as an eleven year old, cross-legged in front of the TV, and I'm kinda thrilled to have a chance to see it on screen. The plot, as I recall it, involves a meek-seeming bank teller - played by Elliott Gould, emerging from a mid-career slump to remind you how good he can be - who, realizing that he is about to be robbed, opportunistically arranges to steal his own bank's money, such that the robber gets the blame. This, of course, invites the wrath of the robber (played by Christopher Plummer, as one of those robbers with a talent for disguise; if I recall, in the course of the film, he dresses both in drag and as Santa); it's been years since I saw it, but I remember being very entertained by the cat-and-mouse game that ensues, and it's right up there with Rabid and Jacob's Ladder in terms of disturbing representations of Santa Claus, if memory serves.

Both of those films are playing as part of the newest installment of The Image Before Us, a series devoted to representations of BC on film (and yes, The Silent Partner is not a BC film, but it's a BC filmmaker, so good enough for me). There's lots else in the series, which I hope people are attending to, but nothing I can add much about. 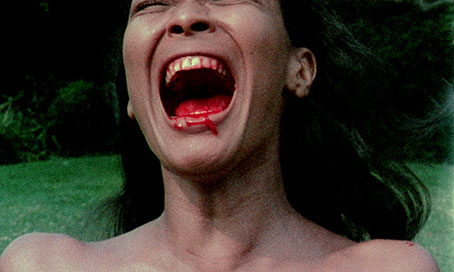 However, while I'm mentioning films that particularly excite me, let me note, if you haven't seen Bill Gunn's Ganja and Hess, coming in February, you might just need to. It's a very strange film - a vampire love story that seems more of a meditation on African-American identity and heritage, using the idea of vampirism to juxtapose Afrocentricism with Christian religious services. (Spike Lee made a fairly faithful remake, Da Sweet Blood of Jesus, which also threw in a bit of hip hop culture). It is oddly talky and philosophical at times, but filled with charged images, and a very potent soundtrack, as I recall. It plays with a blaxploitation classic, Sweet Sweetback's Badasssss Song, which I have never seen, but I love the ways that early 1970's American filmmakers bent exploitation cinema to higher moral and political purposes - which I expect is the case with the latter film as well - so this is also a double bill I'll be marking my calendar for. Ganja and Hess is truly a singular film, ambitious and weird and sensual and disturbing, so I hope this screening creates a whole new audience for it. 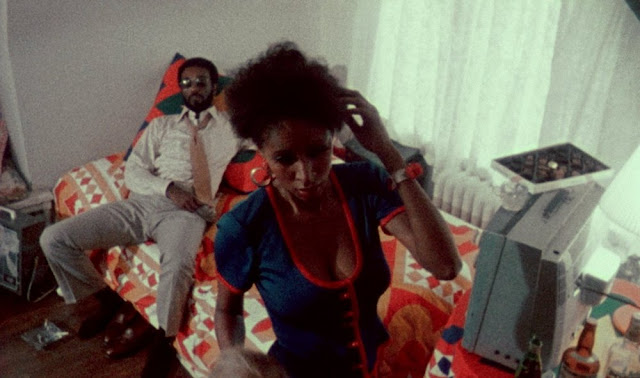 Posted by Allan MacInnis at 9:20 AM