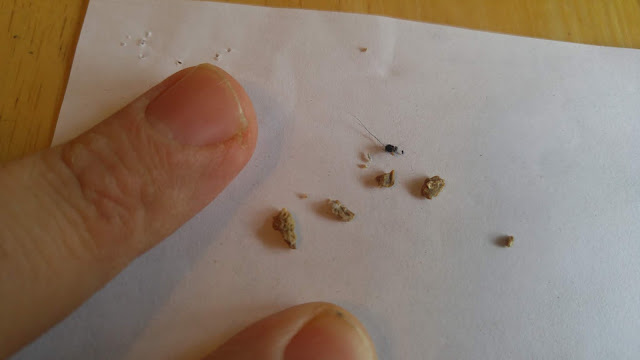 Hi, remember me? I finally peed out all my kidney stone chunks (see above). They're in the lab being tested, but I am finally back to a normal state, physically - no more bloody burning urine for me! No more excrutiating, lingering pain in the lower back! No more waking up five times a night to pee! ...and as big as these pieces are, they didn't even hurt that much to pass, believe it or not - it just felt like I was shooting spitwads through a straw. The stent had allegedly been helping them come out, but since nothing emerged for three weeks with it in place, and 20-30 similar chunks came out AFTER it was removed (an uncomfortable experience I will spare you a description of - I was NOT sedated for it), it seems the stent was actually keeping these little fuckers (and their kin) in place. They came out rapid fire after it was removed - all with a day and a half.

Surely that's all there was in me.

However, healthy or not, I'm still overwhelmed with life and work and not really feeling like writing much at all right now. You may be seeing the end of my career as a part-time music journalist, folks. (Though I do have a DOA interview as yet unspoken for in English, about their new album Fight Back, which is actually pretty great... let me know if you wanna pay me money for it!)

...but regardless of that... for the thirty or so of you who look at this, if you like angular, unusual, but infectious and engaging guitar-driven rock music, here's a great show (for a good cause) that you can go to this weekend: the Ford Pier Vengeance Trio plus the Invasives, doing a Grand Forks Flood Relief concert at the SBC Cabaret on Friday night, May 25th. I missed Ford's record release show a few weeks ago at the Cobalt, which if I understand correctly is now closed for good, but you know, I got Facebook friends who were pretty upset that I "crossed the line" to see a show there when I went to Pere Ubu last year... I got no regrets about that, but I also knew I'd have other chances to see Ford, like, say, THIS one, whereas I didn't think I would have another chance to see Pere Ubu (which I was almost proven wrong about, until the Rickshaw show got cancelled... they appear to be back on the road in Europe by the by... David is back to posting on the Ubuprojex site, last I checked... sounds like he is restored to his semi-curmudgeonly but no less lovable self...).

I got nothing very new to SAY about Ford OR the Invasives, however. I want Ford to record the song that he played before the Bob Mould show with the lyric about how "happy days are here again/ I'm bleeding out my ass." It isn't on this album. I can really, really identify with that line, though. That show - also by-the-by - had the most attentive audience I've ever seen Ford play to; he agreed with me afterwards that it was kind of strange to see a chatty Vancouver crowd paying THAT MUCH ATTENTION to an opening act, but they really seemed to groove on what he did, which was quite gratifying, especially since I could maybe factor myself in as having INFLUENCED their attentiveness by having given him some substantial press that week... 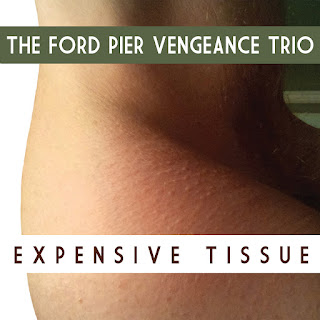 If by any chance you don't KNOW either of these bands, however - if you're a Nomeansno fan, in particular, these are both bands that have a strong musical connection to that legendary, now-retired, and much-missed trio, though with a host of other influences and individual idiosyncrasies (and with far less of the stern existential angst that permeates the work of Nomeansno). Ford and I talk about his history, including his dealin's with Nomeansno and his time in DOA, here; the FPVT's new album, Expensive Tissue, is a strong, quirky, original, highly Canadian, and all-round rockin'ly satisfying follow-up to Huzzah! (though I haven't done justice to it by far and apologize for the lameness of my obvious attempt at crit-speak earlier this sentence - can you sense me trying desperately to craft a potentially useful blurb? Fail). Byron Slack and I also talk about the retirement of Nomeansno and the history of the Invasives here. (Robot Stink is still their masterwork, by me, especially "Living Your Life Like It's Somebody Else's" and "Stop & Breathe." I may hit their merch table to see if it exists in vinyl...). I may not be doing very much work to blog about either band, but I'm excited for this show. And will probably go to it, work duties be damned.

I got no fresh pictures for this article but here's a great one Bev took, I believe of all the OTHER Invasives besides Byron. Maybe see you at the Buddha? 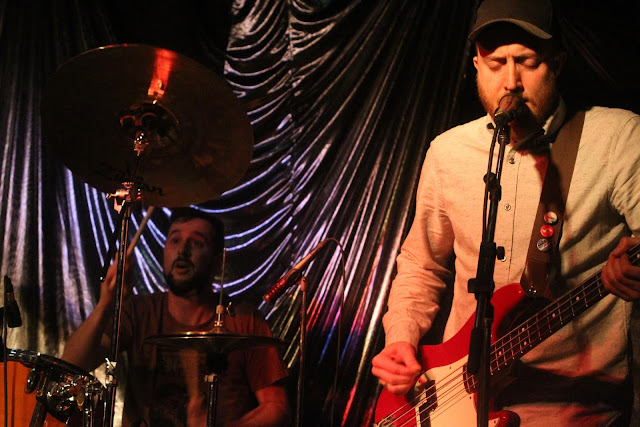 Invasives by Bev Davies, not to be reused without permission
Posted by Allan MacInnis at 12:45 PM

Uh, that Expensive Tissue album cover? Really? Upon first look it seems very sexist. Maybe there's a story but for now a solid NO on that.

It kind of surprised me too, actually! I don't object politically, myself - I mean, I have several Dwarves albums - but the whole "sex sells" thing seemed a bit beneath a classy complex guy like Ford (tho' the title presumably is playing with that. I didn't notice a theme to the album around that butclike I say - haven't done it justice). I wonder if there is a trick being played. Like, Ford shaved his body hair and that is HIS hip? I squinted at it a bit trying to see if that might be so, BEFORE you commented...

Ooh a fight. No one has fought on my blog in a very long time.

There is indeed a trick being played. But I won't spill it. Not what it seems!