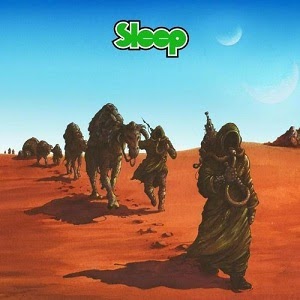 To compensate for having missed tickets for Electric Wizard, I briefly, before my life reasserted itself, contemplated going to see Sleep tomorrow night. Just as well that it can't happen: turns out Sleep is sold out too. Which is as it should be. Electric Wizard fans would probably still want to try to get in, though. Start here.

And I'm missing Petunia and the Vipers tonight. Ah, well - I have lots to do this weekend anyhow. And I'm getting to learn to like Lucinda Williams, prior to her Thursday show at the Vogue (which I will be seeing). Essence and West are both better albums than her (okay but kind of mainstream/ lukewarm) current one, though I do like her song about the West Memphis Three. (That's only a bit of footage of her in studio, not the whole song, but you'll get the idea). Two of her best songs appear to be on the current setlist (or at least are listed on recent setlists on setlist.fm): "Essence," which apparently conflates semen and heroin (!), and "Unsuffer Me," which also seems to have a lot of druggie stuff lingering in the peripheries (is she kind of hard-living? You get the impression that she might be).

I'll have a cool announcement soon about a birthday event this March. Something I've been working on for a long time.

Oh, and Shearing Pinx fans note, they'll have a record release on February 14th, something somewhere relating to the Red Gate (I'm out of the loop, ask somewhere else!).
Posted by Allan MacInnis at 10:07 PM