Jonathan Richman at the Biltmore 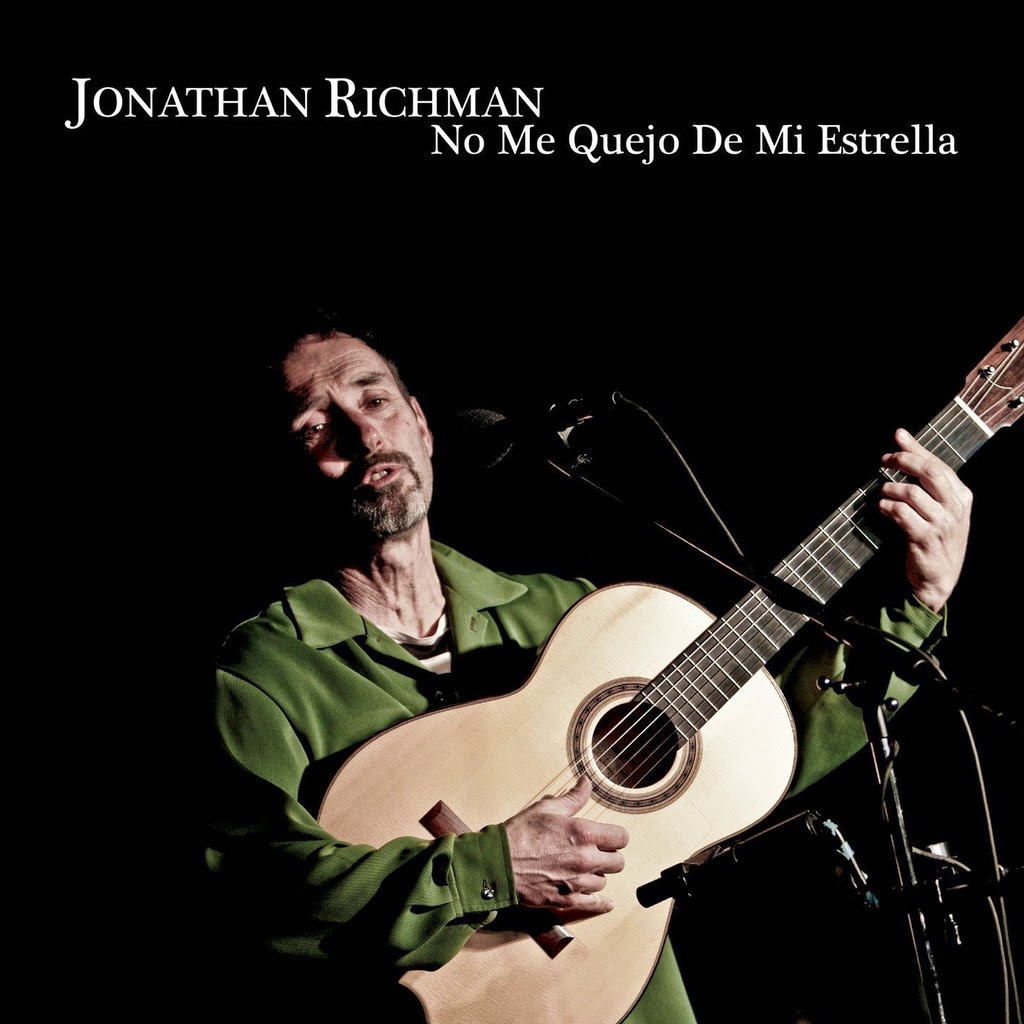 Sweet, fun night with Jonathan Richman and Tommy Larkins at the Biltmore last night. The few odd loud talkers in the audience aside - could someone maybe get onstage to explain to audiences at the start of shows that this is rude and obnoxious? People seem not to know how to behave, and I can only personally confront so many of them before I get the shit kicked out of me - the crowd was way more respectful of Jonathan than the overly-aggressive one I caught at Richards a few years ago, who almost whooped him into silence at a couple of points. No, last night was a packed house full of sincere, appreciative fans, and Jonathan really opened up and had fun, dancing - including to a version of "I Was Dancing In a Lesbian Bar" - and, in his transports, going off mike every second song or so to sing to the people standing up front, leaving those who could only just see him from further back to lip read (but only for a few seconds at a time). 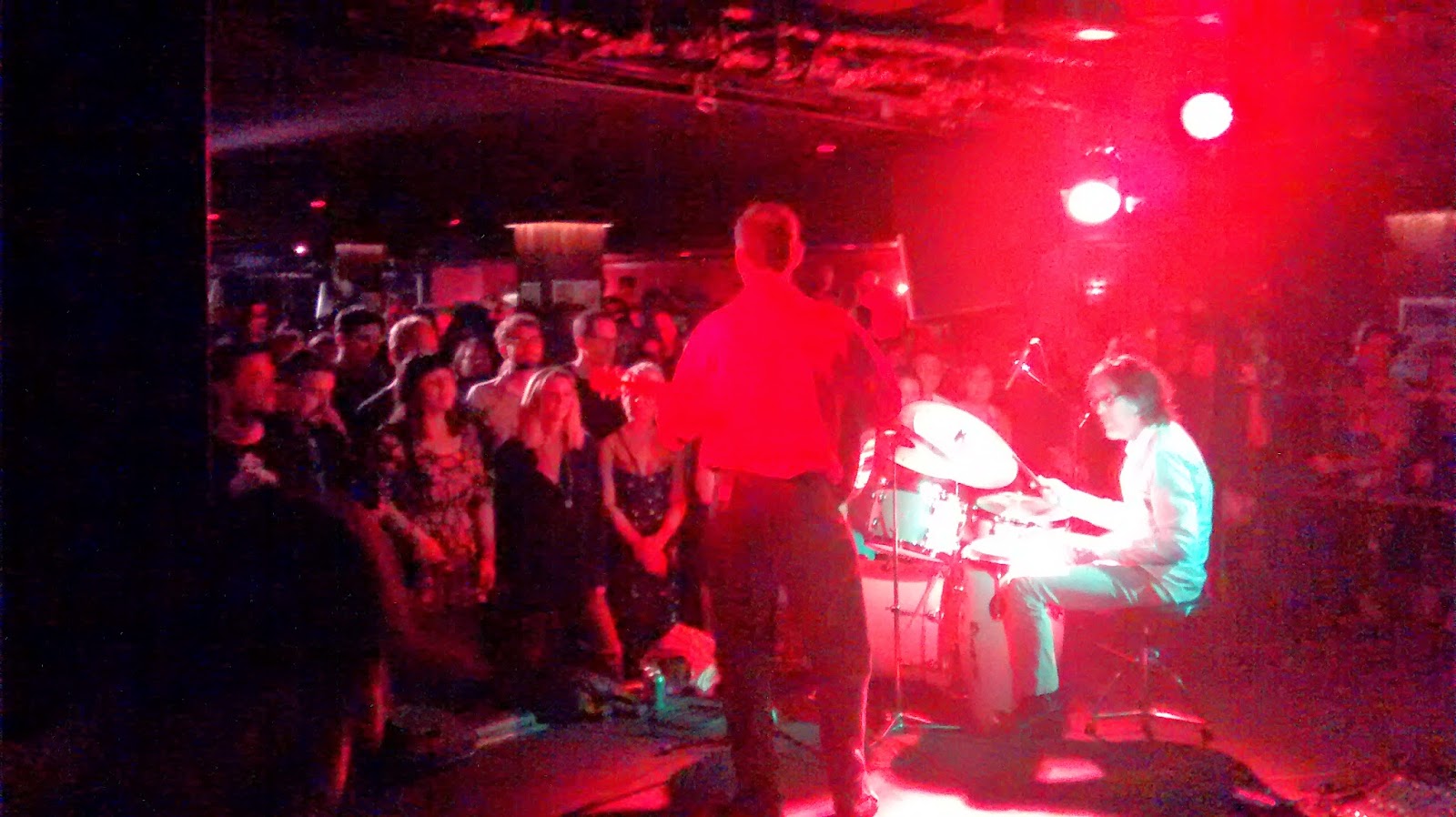 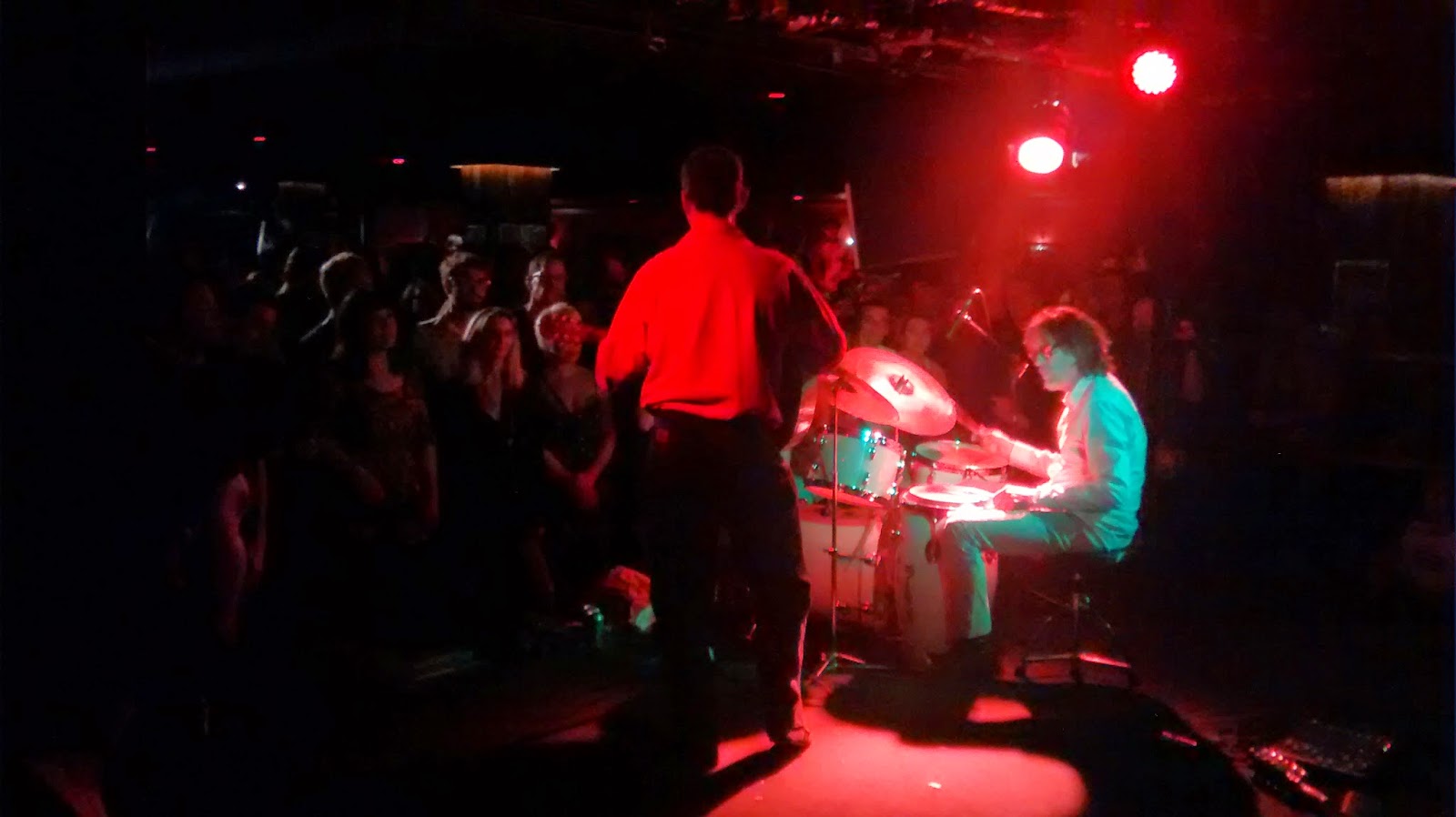 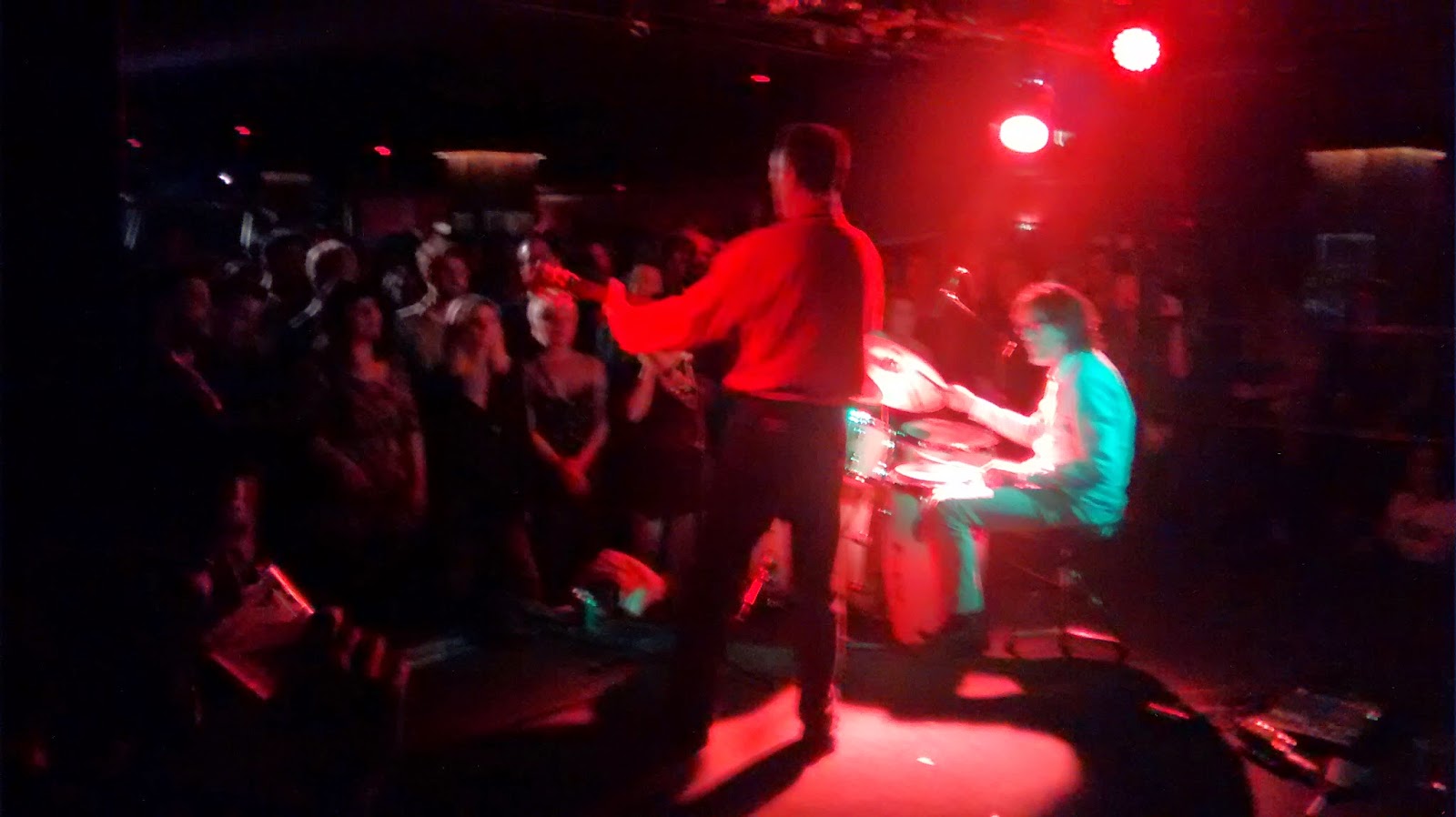 Richman frequently let Tommy play and accompanied him with handheld percussion - tambourines and such - and when singing, feely improvised and changed his lyrics, giving some of his songs a fresh, naked, made-up-on-the-spot feel. This was probably most entertainingly accomplished during his encore of "When We Refuse to Suffer," which saw him come up with things like "when we refuse to suffer/ when we don't feel/ we might get porno/ but we don't get Michelangelo... we might get stove top pizza, but we don't get the Mona Lisa." That one seemed to make even him blush, and he apologized to the crowd, who of course loved it and laughed and shouted back that it was okay, at which point he made a face and shook his head and insisted on his embarrassment (then continued to improvise lyrics for a bit). He had apologized, previously, that the air conditioning was turned off, because it interfered with the sound of his guitar, and he also worked that into his lyrics for that song (something about preferring having to "sweat" to "air conditioned death," it sounded like - though the studio version also has references to air conditioning; we gather he's no fan of that particular modern convenience). Then there was a funny "tribute" to Keith Richards, a version of "Because Her Beauty is Raw and Wild," and a bunch of other new songs, not all of which do I know. No "He Gave Us the Wine to Taste It," no "You Can Have a Cellphone That's OK (but Not Me)" - one wonders if he's finally caved in on that point - but plenty of songs in Spanish, including a nod to "La Bamba;" and, as a final brief singalong, the Italian classic (and Alex Chilton favourite) "Volare;" plus there was at least one long aside (and maybe a song) in French, and an entertaining tune about the need for the body to contort and move and dance, the title of which I do not yet know. Well worth a little sweat! I couldn't help but take a couple of pictures and shoot one brief video, though I didn't get to record the part where he chided someone playfully from the stage about watching the show through their cellphone: "we're right here! Don't watch us on a screen - if you want to watch TV, you should just stay home!" (Or something like that). 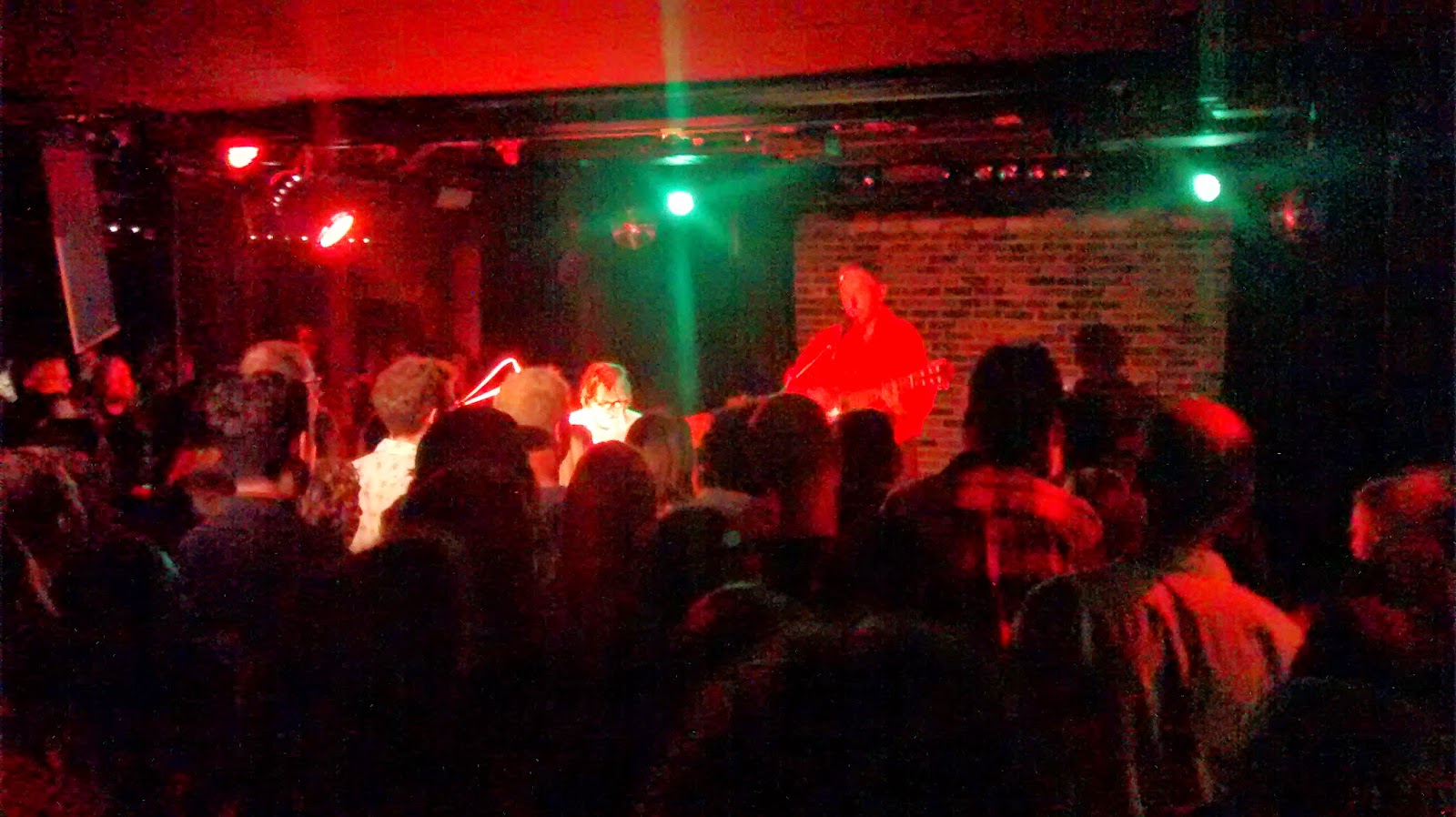 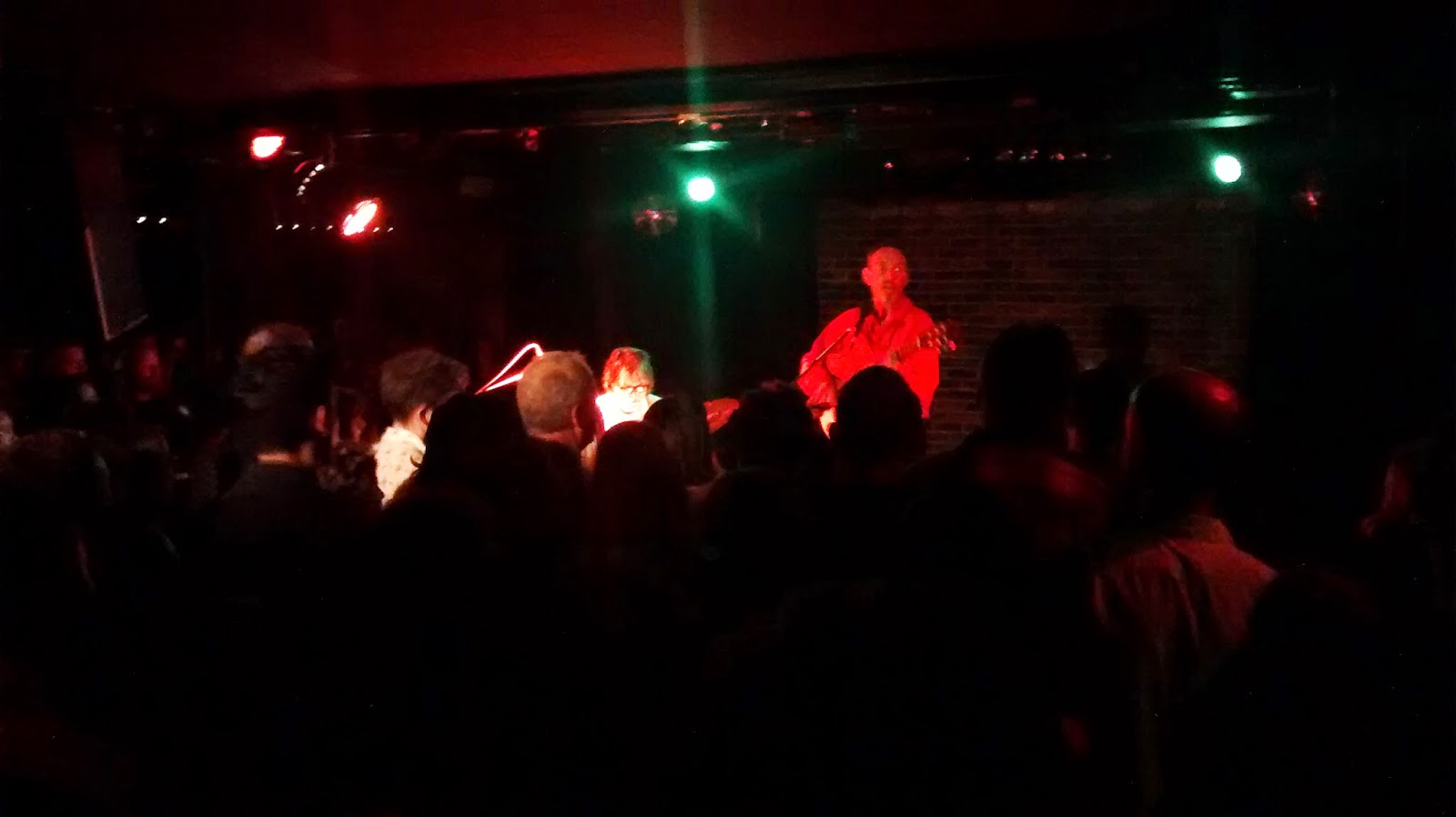 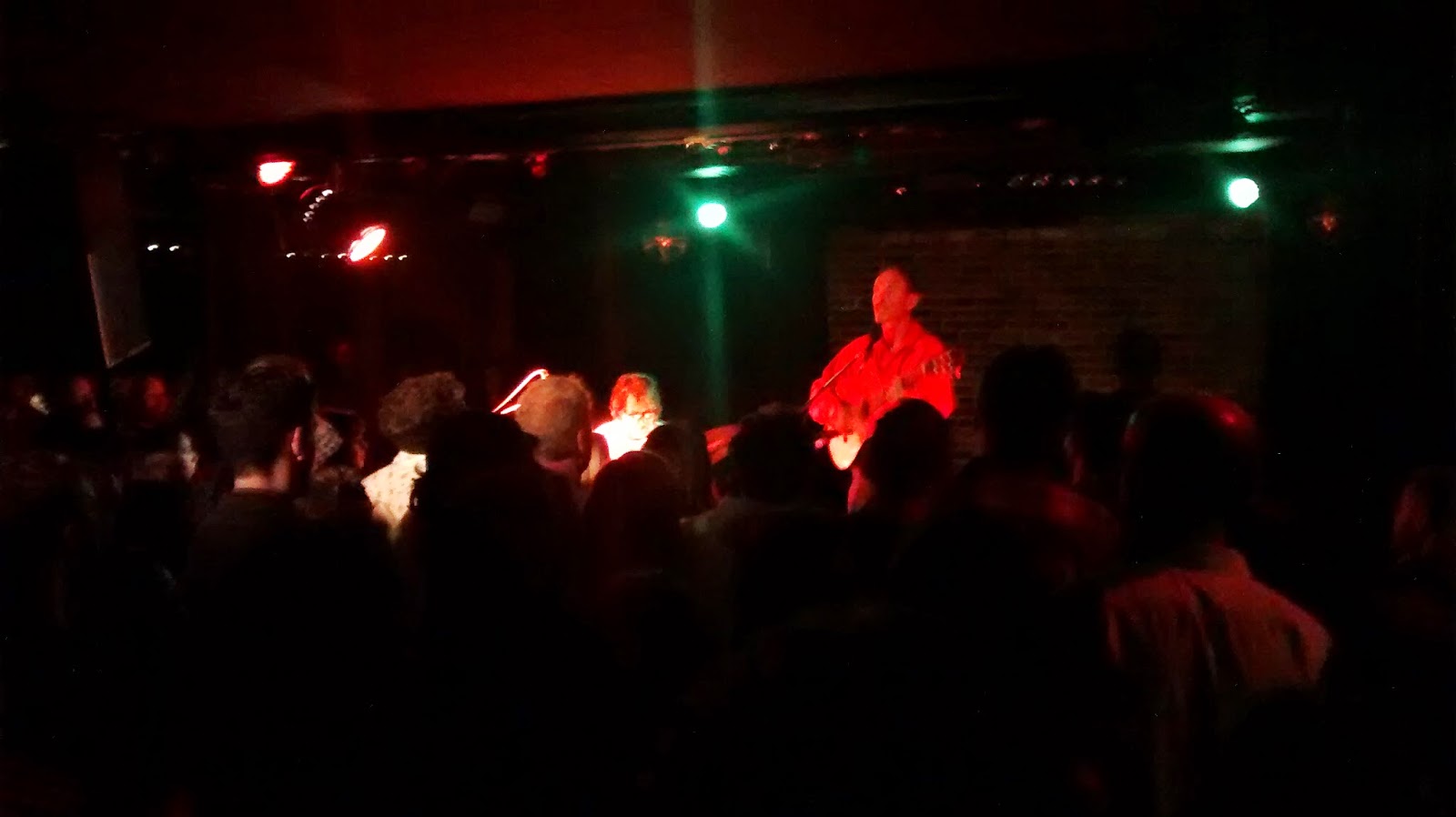 Fans should be appraised that there is a new vinyl compilation out there, No Me Quejo De Mi Estrella, that combines several of his best songs from the last few CDs; I snagged one at Audiopile, and presumably there are a few others around in town. It's hard to find his CDs, or anyone's, these days (and his merchless way of touring doesn't help), so I'm really glad to have these songs on record... And really glad to have seen him again, doing some of them live. What a sweet night! People who have never caught him should make a point of doing so at their next opportunity, since, like he said, he's "almost fifty" now (for those who missed the joke, he's actually 63). Thanks, Jonathan!
Posted by Allan MacInnis at 9:18 AM