The Counsellor: a must-see, but not for everyone 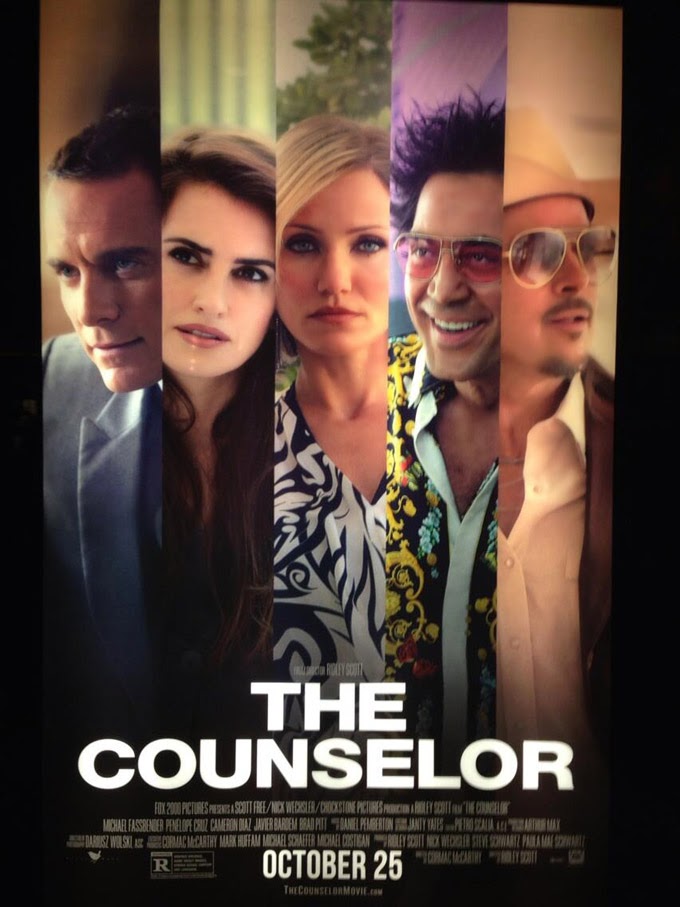 I don't know anything about Cormac McCarthy's recurring dreams, or if he has any, but American novelist Robert Stone has a recurring structure that I remember him recounting (I think in a book on writers dreaming). I can only paraphrase, since it's been years since I read the passage, but it goes something like this: in the dream, Stone is coming into a port, on some mode of transportation, and he's carrying contraband. Everyone knows this fact, just as he knows, beyond a doubt, that he is soon to be caught, arrested, what-have-you: ugly consequences are looming. But no one will help him, there's no one he can turn to, and he simply has to ride out the experience, face his impending doom. It's a terrific frame for a recurring dream, every bit as evocative as my own, where I'm arriving in a town where someone I love or am responsible for is in grave danger, menaced by great evil, and I need to find them in order to rescue them; except I keep getting distracted by other people's problems, or by record and book and DVD stores, and have a growing sense of dread that it is already too late, that I've failed, that I might as well just give up. I've always thought to make my recurring dream structure the basis of a novel of some sort; certainly you can see some of Stone's dream structure enter his novels and stories. When John Converse in Dog Soldiers - so wonderfully played by Michael Moriarty in the film adaptation, Who'll Stop The Rain - returns from Vietnam to discover that the heroin he's had his buddy smuggle into the country is gone, along with his buddy and his wife, and that corrupt narcotics agents are waiting for him, there's a sense that his fate was a foregone conclusion, that he was doomed from the outset ("I've been waiting all my life to fuck up like this," Moriarty says in the movie; it's a great line). 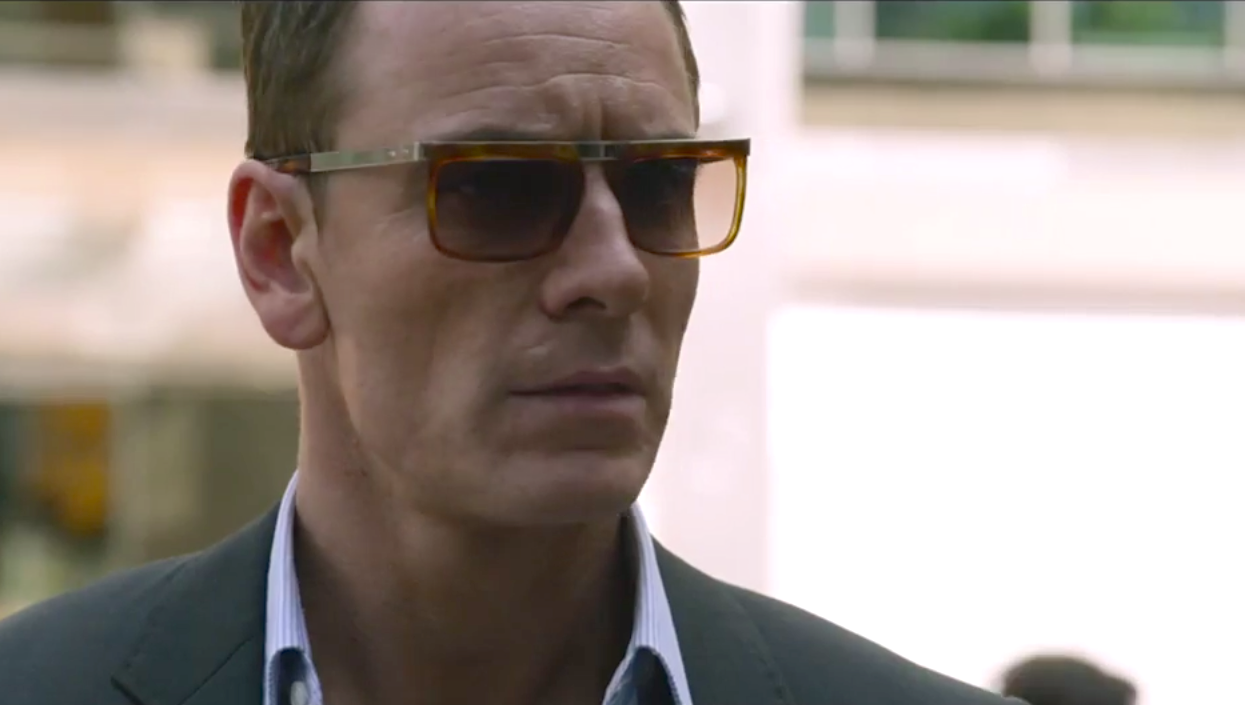 I imagine Robert Stone would greatly appreciate the collaboration between Ridley Scott and Cormac McCarthy that just came out on DVD, The Counsellor. I know I did - though it has a bit more bearing on Stone's dream structure than mine. A lawyer (Michael Fassbender) with a beautiful young girlfriend (Penelope Cruz) and money troubles decides to get involved in a drug trafficking scheme. He is at a great remove from the action, which involves barrels of dope trucked in a huge septic truck up from Latin America to be cut and sold in Chicago. He is warned of the risks from the outset by his friends (Javier Bardem, who seems for all the world like a debauched, Latino Adrian Mack, and a strangely pudgy Brad Pitt; between them, they gobble up most of the film's best lines). We're told that the cartel he is getting involved with is capable of great evil, and that if anything goes wrong, the consequences could be dire. Some particularly nasty ones are spelled out in the first half of the movie, and then realized in the second. (If you needed a spoiler alert there, you really don't watch enough movies). 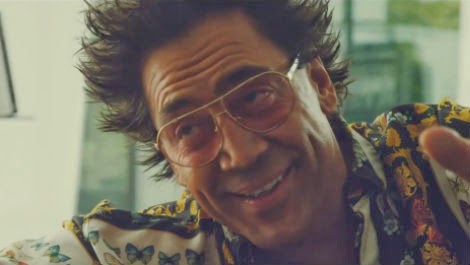 There are a few good reasons (that is, besides the current shallow, brain-dead state of mainstream American cinema) why The Counsellor didn't become the huge hit that No Country For Old Men did (or the slightly lesser hit, The Road, did - also adapted from the writings of Cormac McCarthy). For one, No Country For Old Men, while it occupies a similar moral universe to that of The Counsellor, is McCarthy's least sprawling book; the novel has amazing economy, no wasted lines, and very, very little of the digressive philosophizing, excess of description, and sheer indulgence in baroque language that make Blood Meridian an unhinged literary masterpiece and The Crossing a bit of a crazymaking slog. McCarthy's second leanest book, meantime, is, indeed, The Road. The sheer, atypical functionality of the writing in both texts makes them ideal for adaptation into movies. Though The Counsellor - McCarthy's first original screenplay - is more or less a lean and mean structure in terms of plot, it is vastly more writerly than either of the films made form those books, and several of its finest moments are individual sentences that you have to stop and meditate on, turns of phrase that cannot be easily and quickly processed before the scene in question is over and the film moving on. Some remain elusive even after the film is over (I'm still not really sure what the whole Bruno Ganz diamond spiel is about). Reflection of the sort required at these moments is easy to do with a book: you can set it down and meditate on a given sentence to your heart's content, or flip back and re-read a passage when something reminds you of it. It's not so easy to do in a movie, unless you're prepared to watch it more than once, perhaps with a finger on the pause button for when a particularly juicy morsel is dropped. 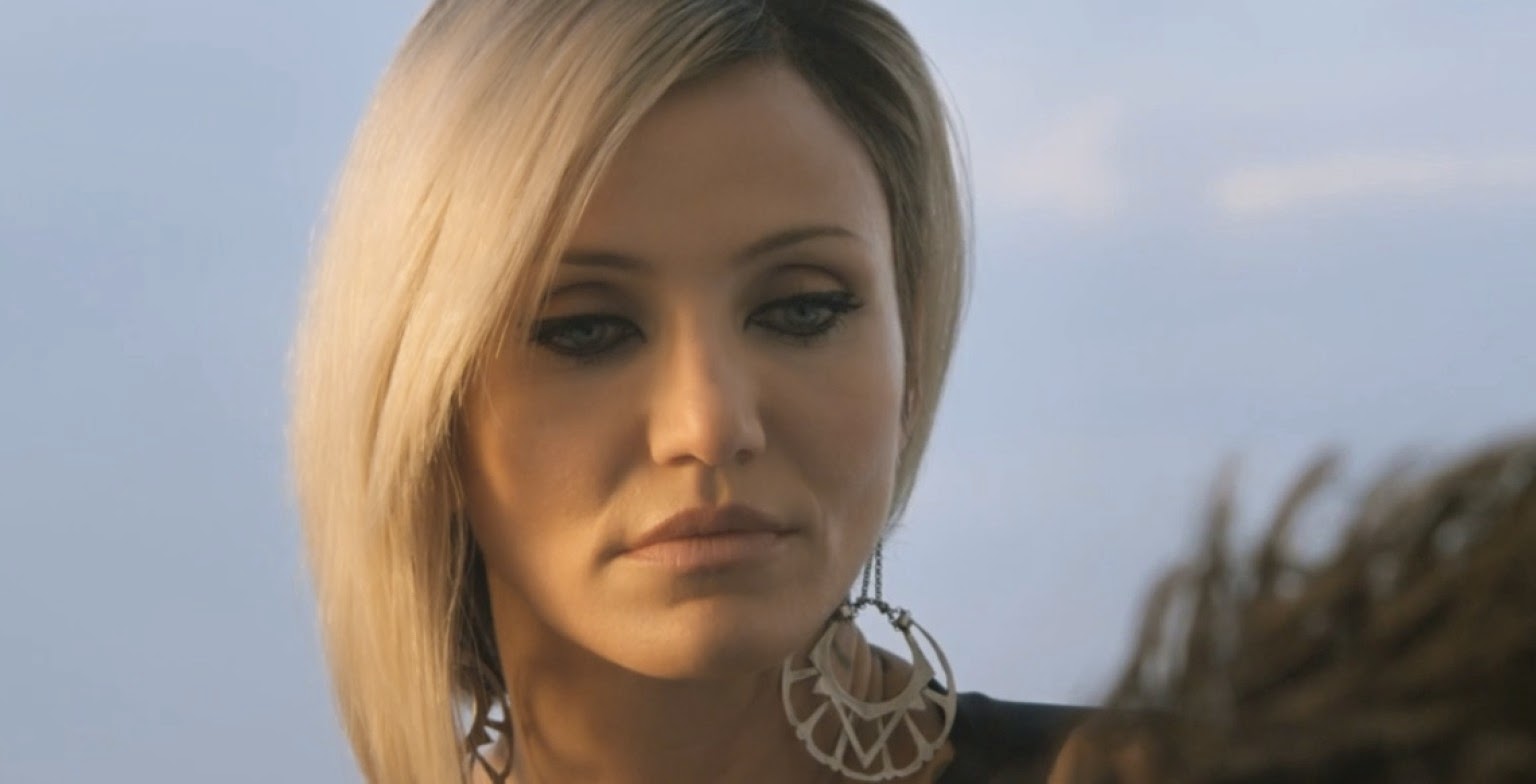 Further, the heavy in this film (I would do you a disservice to reveal who that is) is perhaps not quite as appealing as Javier Bardem's in No Country For Old Men - while perhaps being even eviller. Nor is the protagonist as interesting as Josh Brolin in that film. The Counsellor of the title appears to be deliberately under-developed as a character. He's not given a name, and Fassbender plays him as a slightly cocky, slightly over-self-confident, but not particularly complicated cipher, a hook to hang your identifications on without much in the way of interesting character traits of his own (which, as I say, Bardem and Pitt cut up and share amongst themselves, with a bit left over for Cameron Diaz, who does things with her role here I had not realized were anywhere near her range). The Counsellor is a blank you are meant to fill in with your own identity, so that the impending doom/ punishment that you are being invited to contemplate is not his, but your own. And of course, that's another reason why the film likely had limited success: there is obviously a limited appeal to a film that is more or less all about the inevitability of death and likelihood of punishment for ones transgressions. People who are paranoid about what's coming down the chute for them eventually may find the film cathartic and gratifying, a morbid validation of their apprehensions of how nasty the end will likely be, but still, this is not the stuff of mass appeal. 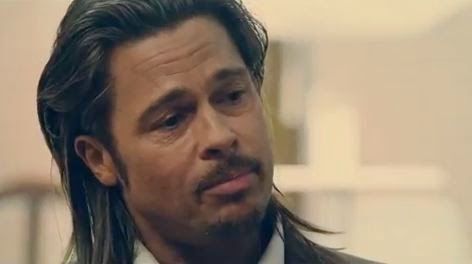 I admire the hell out of The Counsellor for exactly this fact. (I hope that didn't need saying). In fact, beyond admiring it, I rather loved this film, want to see it again at least once in the near future, and am especially impressed by it given that it came from Ridley Scott, whose accomplishments seldom are equal to the critical praise they receive. Here they vastly exceed it (the film has 35% on Rotten Tomatoes, which says a lot more about the value of the majority of critics' opinions than it does about the quality of this film; it's one of the most interesting films in his career, and is being treated like a massive failure). I hope Scott continues to rally the resources at his disposal to make films as meaty and unpopular as this one. In fact, my main quibble - the only scene that bugged me - is entirely trivial, that there should have been hotter, more explicit (or at least more believable) sex between Michael Fassbender and Penelope Cruz in the opening scene; it seems called for, but one shot - where you can't see Fassbender pressing his face into her crotch - is blocked in a kind of obviously censorial way, which takes away from the scene a little bit, makes it seem a little too much like something you'd see in a movie. It's time for cinema to stop being prudish, for unclothed genitalia to dangle and drip every which way, for cinema to be honest about sex; if Lars von Trier can do it, so can Ridley Scott. (Tho' by the by, the scene with Diaz fucking the car is priceless, probably the funniest moment in McCarthy since Harrogate fucks the melons in Suttree. And no, in this case, I didn't need anything more there than what Scott shows. Best use of the word "catfish" in a film since, well, Catfish!) 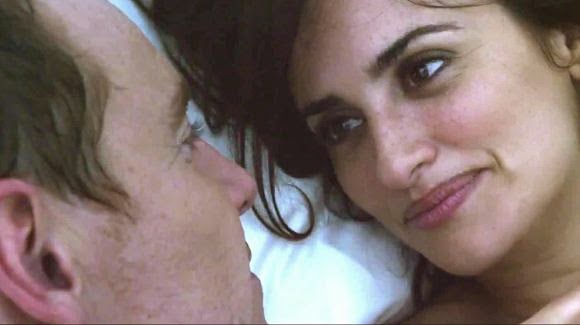 For admirers of Cormac McCarthy's universe, The Counsellor is a major work, the closest we will likely ever get to a cinematic adaptation of his early novel Outer Dark (which also has a character who transgresses and is punished, though in a vastly different setting and with very different particulars from that of this film; recurring dream structures are like that). I'm not sure if you need to have a fairly morbid (or vaguely Catholic) sensibility to enjoy the film - I admit that I do have both, myself, and am biased. But all the same, I liked this movie a whole lot, and suspect that the more often I watch it, the more my admiration for it is going to grow; I can only recommend it to all comers, even though I know most folks out there won't like it in the least... 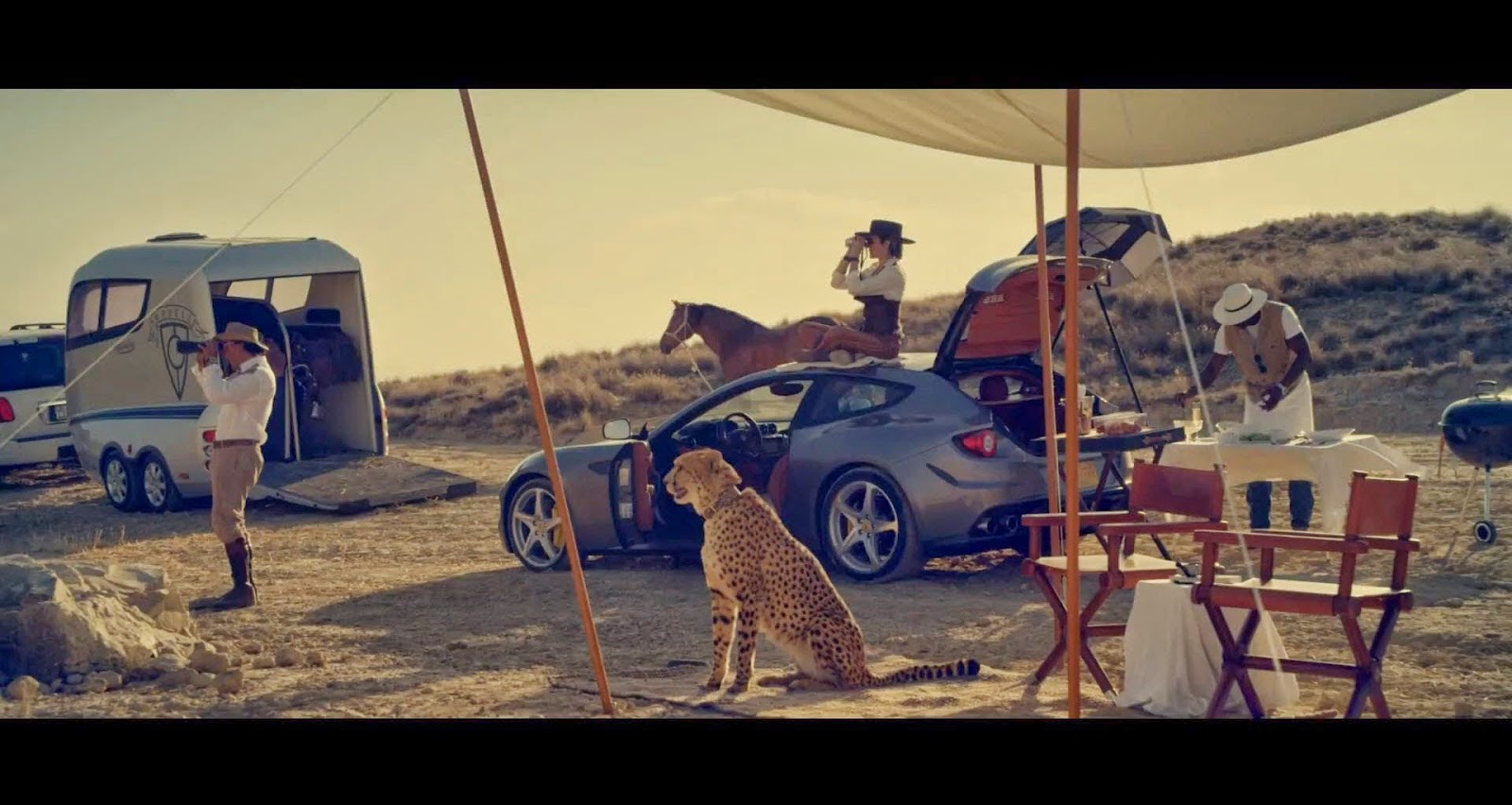 Posted by Allan MacInnis at 1:46 AM