Jandek in Toronto and Seattle 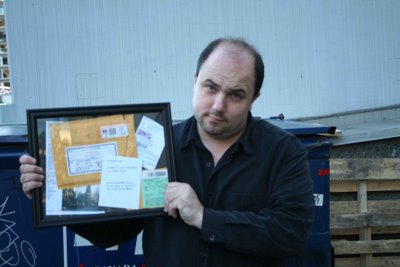 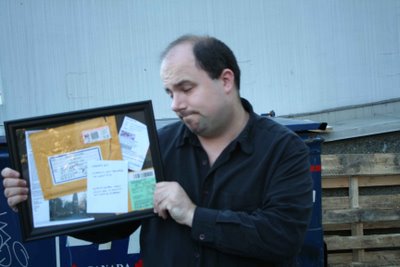 My Nerve Magazine article on Jandek isn't quite up yet, but it's in print around town if anyone is interested. Thanks to everyone involved (especially Andrew Morgan, Gary Topp, Nilan Perera, Emil Amos, and Seth Tisue -- check his Jandek site for more information on all things Jandek. Apologies to Seth, too -- a paragraph he wrote got accidentally attributed to me, due to some hidden HTML glitch or such in my emailing with the Nerve. It was a pretty good paragraph, so the error works in my favour... but I swear it wasn't me!). The man from Corwood plays Toronto in September and Seattle in October, and I'm sure SOME Vancouverites will be at these shows.... Including, I hope, ME! I need a ride to Seattle, tho'. Any offers?

Meantime, Gary Topp sends this update for the Jandek show in Toronto, which sounds pretty cool:

Author Of Book Based On Jandek To Give Reading In Toronto: Arkansas author Danen Jobe will be reading from and signing copies of his new UK-publishedbook, "Niagra Blues: Slingerland," at Circus Books and Music (253 Gerrard StreetEast, between Sherbourne and Parliament) on Monday, September 18 at 6 PM. The short novel is a fictional history of Jandek, imagining him as a young man inthe Ozark Mountains developing his unique musical ideas against a backdrop of cultural change and family turmoil. Projected to be the first in a series tracing an imagined life and not intended to be taken as the "real" story of Jandek, the book offers a unique approach based principally on gleanings from his music. It's been written with the consent and cooperation of Corwood Industries, the sole publisher of Jandek’s catalog since 1978. It's also a story of the people who came from rural Arkansas, and the folk and blues music that formed a soundtrack to their lives. Among the other characters represented are legendary bluesman Son House, and the celebrated southern poet Frank Stanford. Jobe’s reading will coincide with Jandek’s appearance in Toronto, and is free to the public. 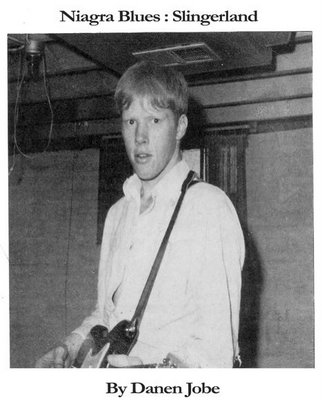 Oh: thanks for Dan Kibke for takin' the photos of me showing off my framed correspondence with Corwood, at the top of this page. Read the Nerve article and it will all make sense...
Posted by Allan MacInnis at 7:23 PM