A happy New Year with Petunia and the Vipers and the Myrtle Family Band: updated with added Petunia deets!

UPDATED with Petunia news in the second and third paragraphs!

Fantastic night last night, dancin' to Petunia and the Vipers at the WISE Hall with my wife Erika. They have a Monday WISE Lounge residency, again, but this was in the hall proper, with a full crowd, an enormously busy dance floor, and, among all the youthful types, what seemed to be a pleasing number of people in the audience in their 70's and 80's - which reads as a great validation of how successfully the band channels vintage country swing (with traces of mariachi and Roma jazz and rockabilly and lounge exotica and such): because as big as oldtimey music is on the Vancouver scene right now, you don't see a lot of senior citizens in the audience for the Staggers and Jaggs or the Still Spirits or Devil in the Wood Shack or so forth. The Myrtle Family band - which I believe contains members of the Burying Ground, whom I once plugged in BC Musician (RIP) and who is, I believe, playing the WISE again on January 10th - warmed us up nicely with playful, female-fronted post-war swing, including a version of "Rag Mop" (aka "Ragg Mopp"), which used to be one of my father's favourite songs to sing when he was in a good mood. Between bands, there was a dance lesson, for those who wanted to learn how to Charleston; followed by a nice long set from Petunia, which I captured a bit of video of, here, here, and here.

Initially, when writing this, I noted that Petunia seemed to be "disappearing into his band, compared to the days of 'Mercy'" - because last night it really was "the Vipers with Petunia," which I took to be a deliberate, stylistic choice, because I had actually been chatting with a local musician about the differences between "Petunia," whom I've seen solo (or with Al Mader) many, many times, and "Petunia and the Vipers," who tone down the stark Lynchian yodeling cowboy element and amp up the Bob Wills, full-band experience. Said musician and I are both fans of the stark, Lynchian, yodeling cowboy aspect, and so I thought that last night was the most extreme example of this tendency to emphasize the music yet, but it turns out that there's a much simpler, less worrisome explanation: Petunia had a sore throat! He covered it up pretty well, I think - although now that I think back, there wasn't that much yodeling to be had last night, was there? Anyhow, I missed passing on a bit of news, because I couldn't hear it all in his between-song stage patter: Petunia will be starring in a web-based series, which, as Petunia reports, is "directed by Beth Harrington, the last person to interview Johnny Cash before he died, for his words on the Carter family, which went into the film she made called The Winding Stream" (trailer here. ) Harrington, if I understand correctly, was actually at the gig last evening too; the show is called The Musicianer, and is a narrative, not a documentary, Petunia says. Petunia also tells folks that "for the 'real' Petunia, please go and check out the videos from the Rickshaw Theatre coming out (nine in total) every few weeks on our FB page, and forevermore viewable on YouTube or our website."

In any event, it was a great evening, and thanks to Clay Holmes for his keeping things so well-lubricated, drinkwise; Norm for facilitating my late ticket buy; and Petunia and Stephen Nikleva for putting up with my panicky emails when I saw that the show was sold out. Nothin' much else to say - Happy New Year, even if you were at Lanalou's or the Anza last night. Lookin' forward to The Musicianer. Here are some photos from the WISE: 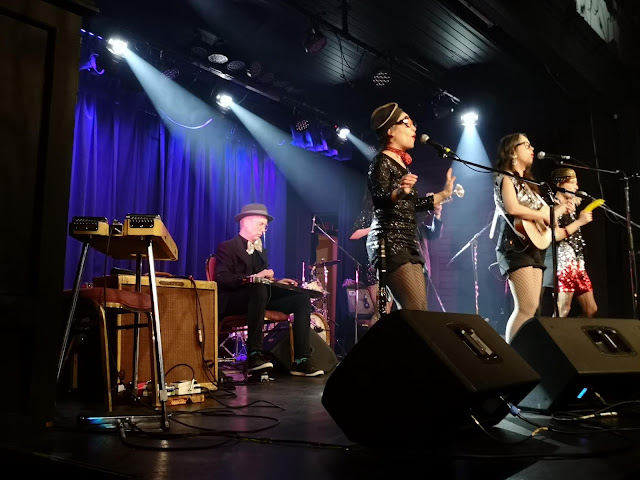 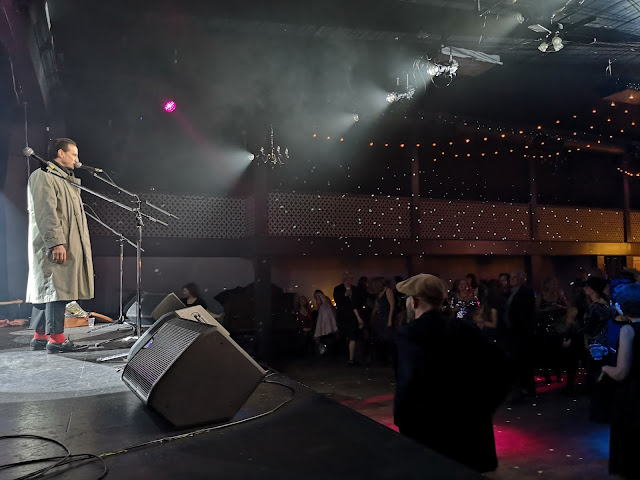 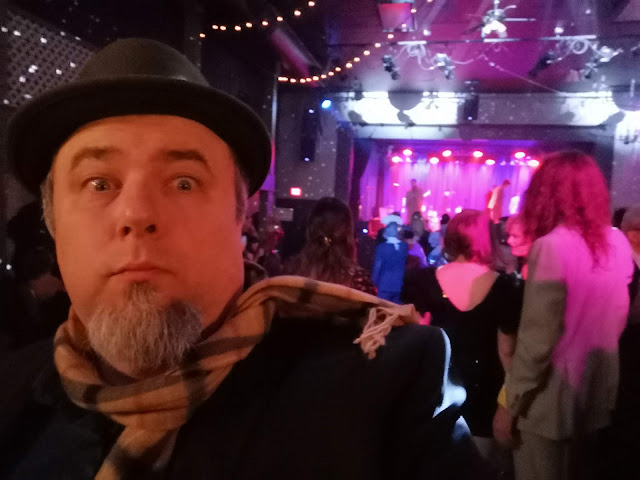 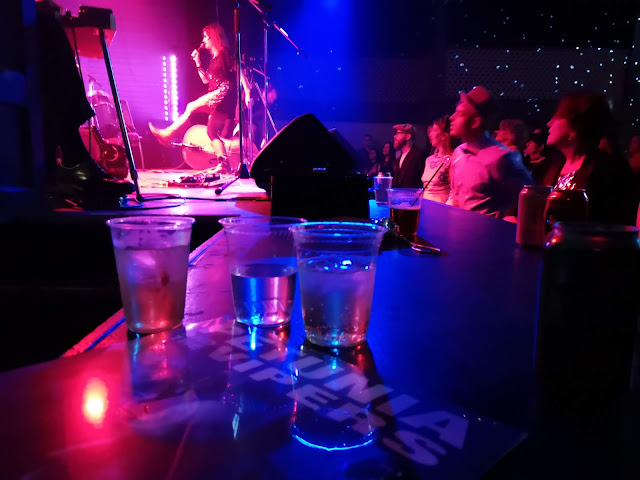 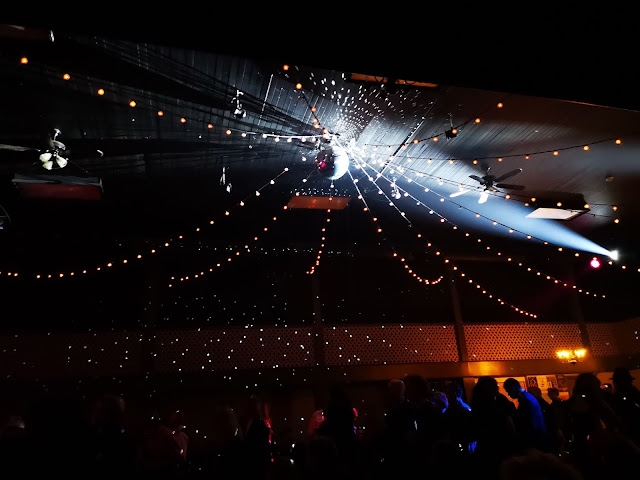 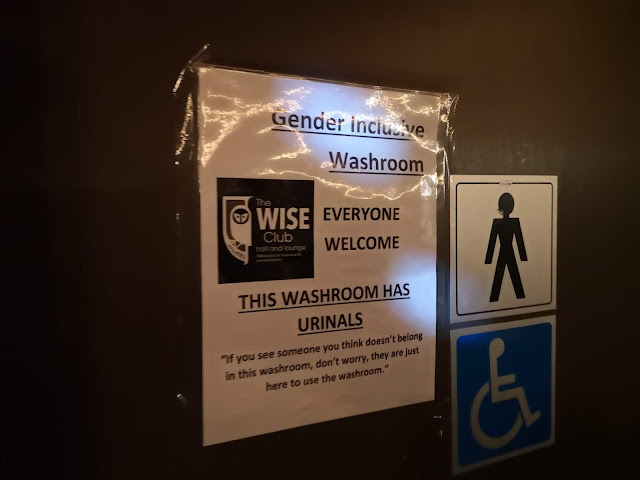 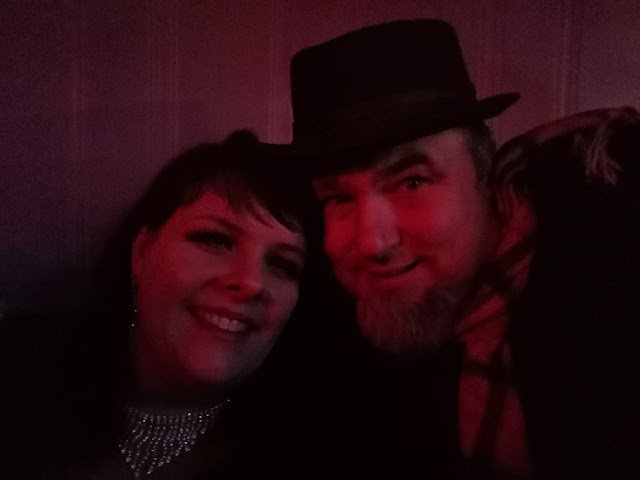 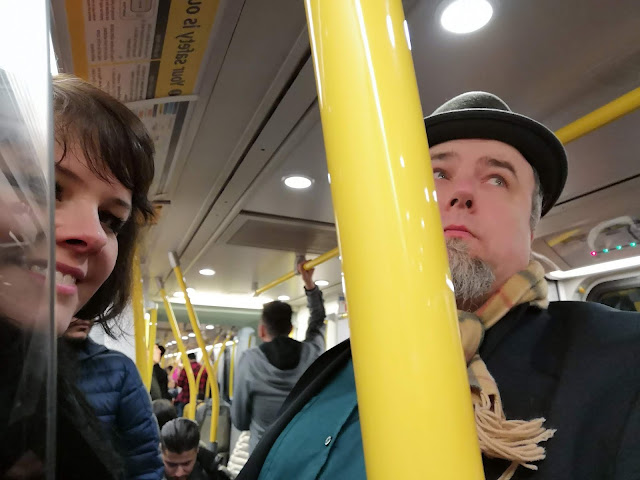 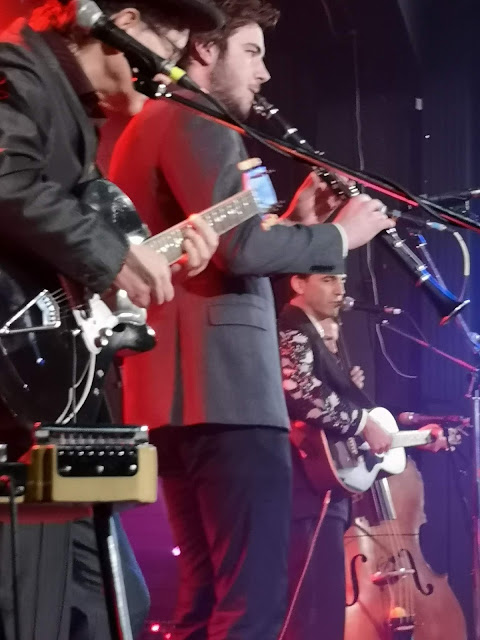 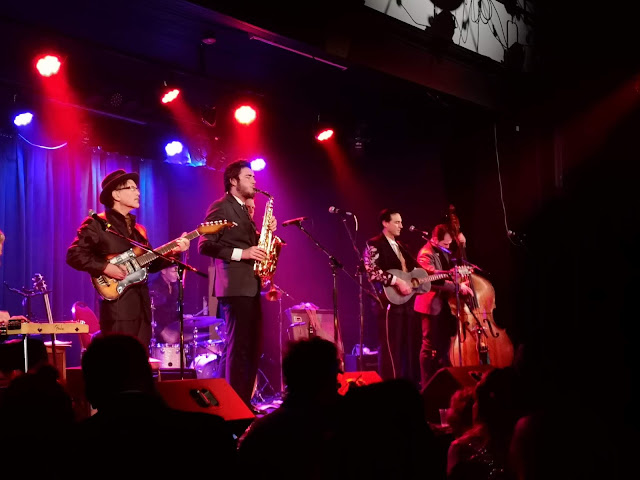 Posted by Allan MacInnis at 2:06 PM