Unleash the Archers: A Brittney Slayes interview and a couple of outtakes 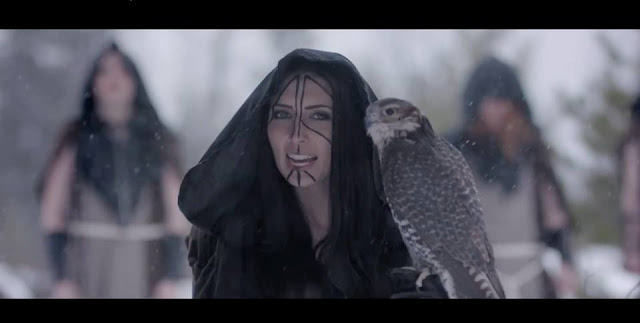 I did a big email interview with Brittney Slayes, apropos of tonight's show at the Rickshaw and Unleash the Archers' new album.

I left out a couple of questions from that piece, however - they seemed digressive, and/or my questions seemed, after she answered them, to have been unnecessary, the wrong ones to have asked, or they just didn't easily fit into the flow of the piece.

I also gotta apologize to guitarists Andrew Kingsley and Grant Truesdell and drummer Scott Buchanan - I was aware that I had not used their names in the piece, and had hoped at the very least that I could stick them in the caption, but that isn't always in my control! Fantastic musicianship on the album, which I don't do justice to in the interview - though anyone wanting a taste of the playing might want to start here.

All that said, here are a couple of outtakes:

A: Just wondering – were you a Dio fan? (He’s sort of the king of myth-based metal lyrics by me). Ever see him live? Ever interact with him?

B: Yes I am definitely a big fan of Dio, his lyrical style is super inspirational for me. Every song tells a story! Unfortunately I never got to see him live nor meet him though, one of my bigger regrets in life for sure!

A: Curious if you have an opinion on this, but why do people who get into myth seem often to swing to the right, politically? Is there something about fascism and myth that go together hand in hand? Do fascists just love to exploit myth to their own ends, or is there something in the deep waters of myth, with stories of heroes and battles, that is inherently fascist?

B: Perhaps the fact that myth lends itself to open interpretation allows right-leaning persons to mold them into devices for furthering their political agendas, using them as points of reference for what to and what not to do in accordance with their views and opinions. All things can be twisted and interpreted to reflect a particular ideology, in my opinion, which is one of the reasons I found studying history to be so interesting. In one of my songs I wrote “History can only be written by the victors” because that is what we were taught to be the truth. Every text book, every memoir, every pamphlet is twisted by bias and opinion, nothing is really fact, especially concerning myth and history. Everything we have and know of the past was written by someone that had a particular reason for recording it, some bias, so you can take anything you read and use it to push your agenda, but it doesn’t mean I’m going to listen or consider it to be ‘truth’ just because it’s been passed down through the ages.

A: Also curious if you ever read Nietzsche or reference him in your lyrics...?

B: No reference to Nietzsche, although his ideologies are fun to debate I try to avoid any and all suggestion of political, ideological or sociological leanings in my music.
A: Trivial question, but do you (or the band) have favourite movies? Favourite books?

B: Favourite movies: Willow, Fifth Element, Interstellar (in that order) 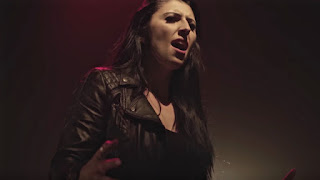 Thanks, Brittney - see you tonight!
Posted by Allan MacInnis at 7:18 AM