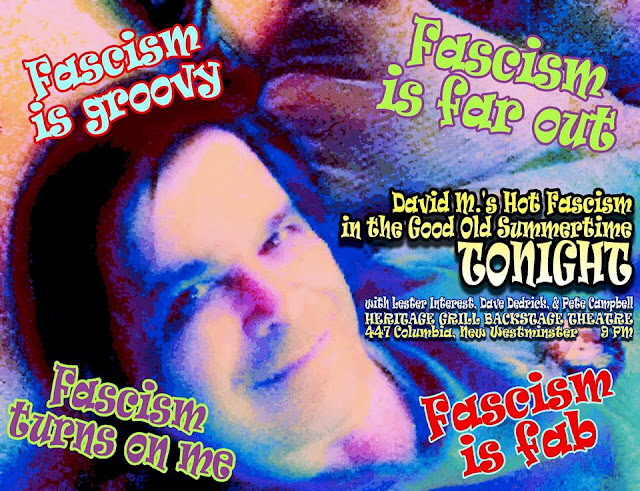 For those who enjoyed him at the Rickshaw: there's a whole lot more to David M. than you saw yesterday. (Tho' his set yesterday included a tune he cowrote with me, so that was pretty great; as were his powerhouse readings of "You Need Your Tongue to Stand Up" and "Cosmic Planet Rock," the first his last collaboration with Paul Leahy and the second an old Transvestimentals tune...). It was nice to hear people laughing; Marshall Crenshaw enjoyed his set, too (and singled out the "bat song" for praise...!).

Anyhow, I cannot be there but David starts at 9pm at the Heritage Grill in New West - no cover, close to a skytrain... Y'all should go!

Had a nice lunch with Marshall Crenshaw, was interesting to hear more about his Tom Wilson project (a producer and musical visionary - there should be an auditory equivalent of "visionary" - who played significant roles in the careers of people from Frank Zappa to Connie Francis, Sun Ra to Eric Burdon, Cecil Taylor to the Velvet Underground)... we had a couple roti rolls at East is East on Main dropped in to Red Cat and Neptoon briefly. He's apparently sitting in at a certain Vancouver tiki lounge tonight with Eddie Angel and a local surf band, but I'm kind of out of the loop (and all spots are full; if you go an line up I guess there's a chance, even with it just being a word-of-mouth kinda event, but... it sounds like it's not gonna be easy to go).

So go see David M. instead! (Note: I won't be at the tiki lounge, either - my wife has a bust foot and I'm tendin' to her and previewing VIFF films. More on that later...). 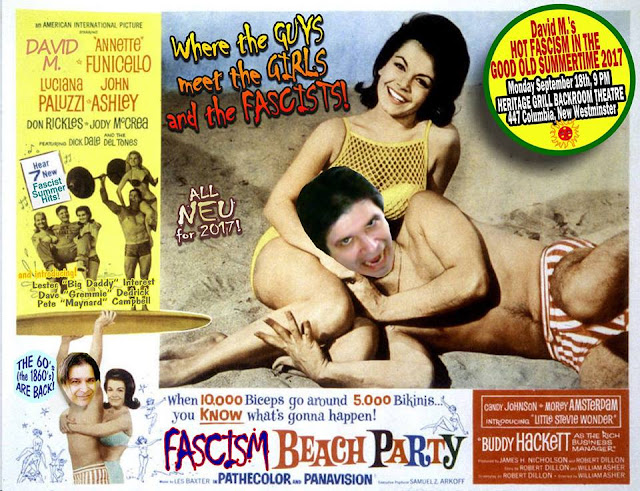 Posted by Allan MacInnis at 8:31 PM