Party at the Rickshaw! Plus Pickwick interview NEW PHOTOS ADDED 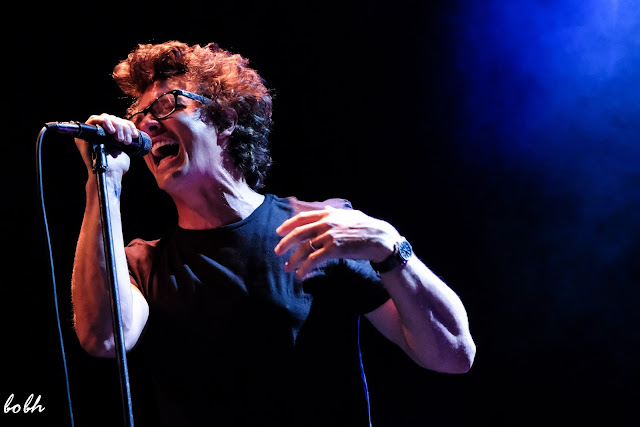 Galen Disston of Pickwick. All photos by Bob Hanham (added after the gig, from the night this article was promoting). Not to be reused without permission!


The Rickshaw celebrates its eighth anniversary tonight, with a headlining appearance from Seattle's Pickwick, on the occasion of the release of their second LP LoveJoys (current Georgia Straight feature here, and see my former interview with Galen Disston here). Venue owner/ operator Mo Tarmohamed hand-picked tonight's support acts, Cobra Ramone and Rich Hope and his Evil Doers, explaining that he chose them because "they both know how to bring the house down. I wanted to make the show celebratory, and both of them have been very supportive of what I have been doing (trying to do?) at the Rickshaw."

Cobra Ramone sounds like she does sultry, slithery blues-based rock, though I am not sure which of those elements comes to the fore in concert. It's going to be fun to "discover" her tonight; I'm purposefully keeping myself ignorant - against my usual grain - so as to encounter her more or less fresh. 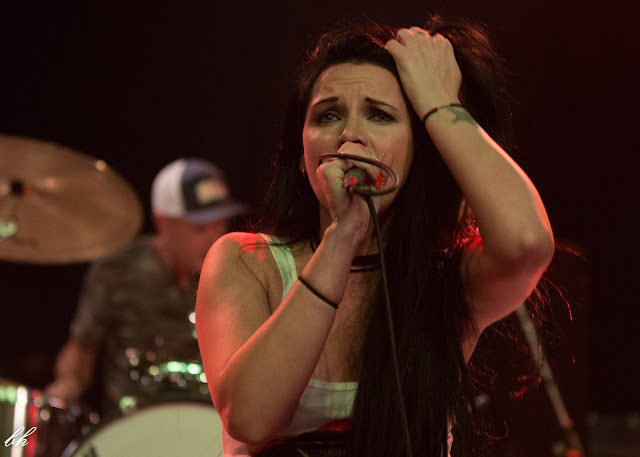 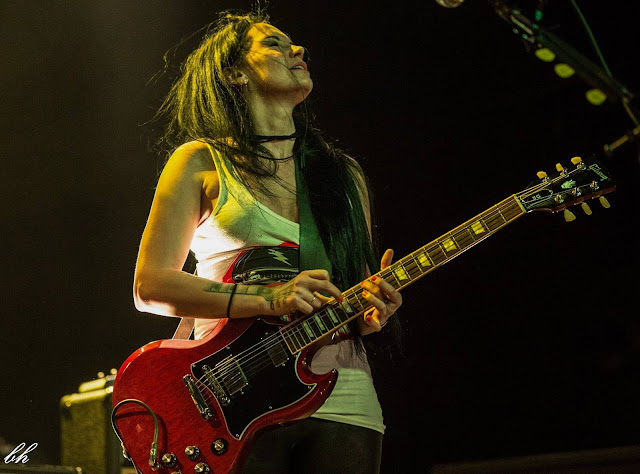 Cobra Ramone by Bob Hanham, not to be reused without permission 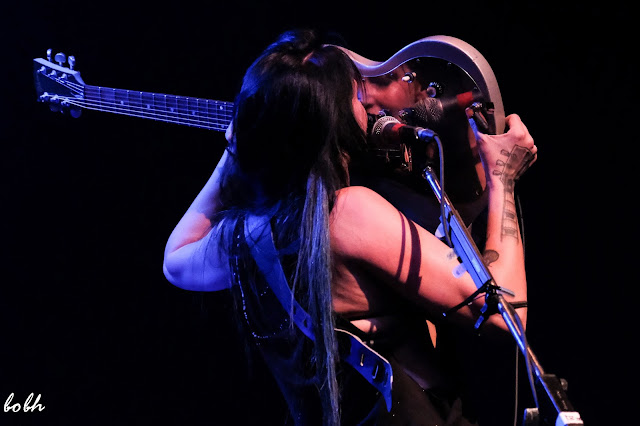 Cobra Ramone at the Rickshaw on the night in question, singing into her guitar! (note reflection). By Bob Hanham, not to be reused without permission

However, if I don't really know Cobra Ramone's music (yet), I've seen Rich Hope and his Evil Doers' kickass brand of soulful/ molten blues rock a number of times, and heard some demos from their upcoming, Muscle-Shoals-inflected new album ("garage-rock 'n' soul," is how Rich describes it). Rich says that the Rickshaw is his favourite venue to play in town - and indeed is the last place I caught him, when the Evil Doers opened for the Flamin' Groovies a year or so ago.

The first time I saw Rich Hope, however, was over ten years ago, at Richards on Richards, opening for the Modernettes (or one of John Armstrong's newfangled versions of the same). I don't think that I had any idea that Adrian Mack, in those days my editor at the Nerve Magazine, was the drummer until he took the stage. There are lots of photos from that night, courtesy of Cindy LeGrier. Rich has more tattoos now, and his voice may be a bit more gravelly, but he has no more or less energy than he had back then. He seems to be a 100% "on" kind of guy, an indefatigable, irrepressible, and relentlessly energetic born showman. 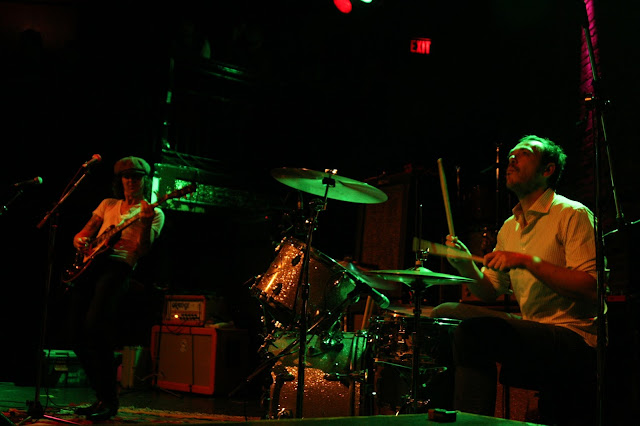 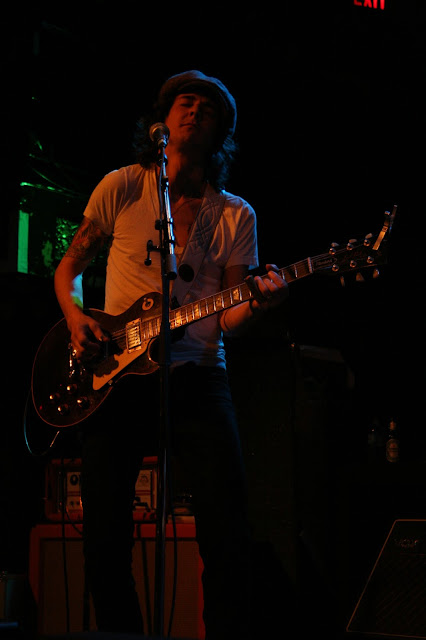 Rich Hope and His Evil Doers, circa 2007 (?), photos by Cindy LeGrier, not to be reused without permission. 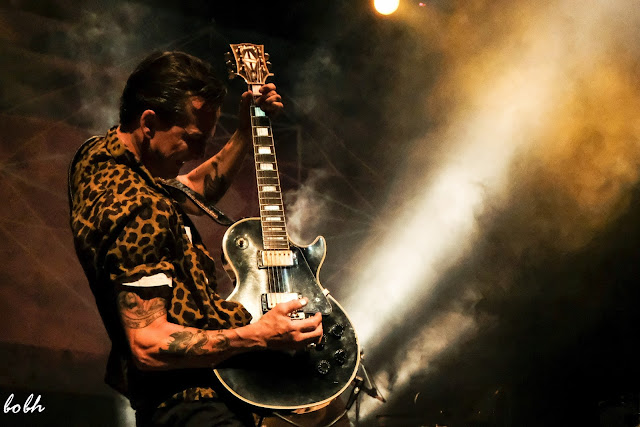 Rich Hope by Bob Hanham on the night in question, photo by Bob Hanham: "Rich in action - solar powered laser beam guitar in evidence..." Not to be reused without permission!

The Evil Doers - often having appeared in the form of Rich and Adrian, on guitar and drums, has now grown to four members. Adrian Mack says "we'll be doing a bunch of stuff from the new album, which is being mixed right now, leaning on the garagey-er stuff. We'll be joined by Brad Ferguson on bass and Darryl Havers on keys - two guys out of the army of musicians Rich has in his speed dial."

Also apropos of tonight's show, Mo and I got to discussing the differences between Seattle and Vancouver's scens. Mo emailed me that everyone, including him, "has always looked at Seattle as an exemplary city for supporting a live music culture. The state of live music in Vancouver is well documented - that it is becoming increasingly difficult for small independent venue owners like myself, as attendance to shows keep dwindling, but it's a bit depressing to read that even the almighty Seattle is having trouble with their scene," he wrote. "Is live music slowly dying?"

Mo suggested I put the question to Pickwick vocalist Galen Disston. I didn't get a chance to use Disston's answer in the Straight feature (which ended up being a few hundred words shorter than I thought it was going to be), but here are some outtakes (I'm using a couple of old photos of Pickwick below but hope to augment this with newer pics tomorrow). 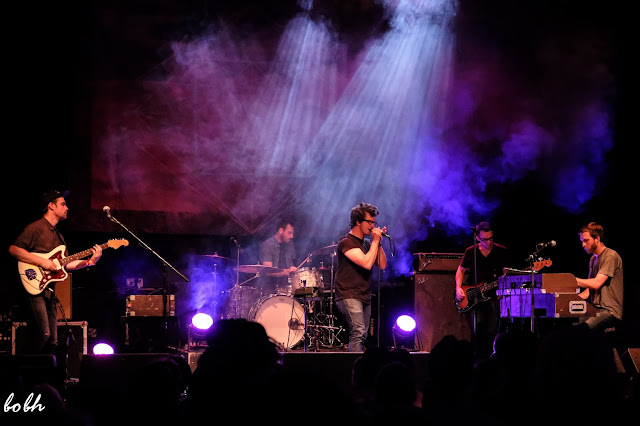 Pickwick at the Rickshaw by Bob Hanham, not to be reused without permission

Allan: A lot of venue owners are really feeling it in Vancouver lately. Rents have gotten so high that there's this mass exodus to the suburbs, which means that people don't always want to come into the city for shows, plus there are lots of shows to choose from. So I've gone to shows that I've been really excited to see, and there's, like, ten people there.

Whereas you're hoping 200 would show up, you know? ...So is that happening in Seattle, too?

No, I mean - from our perspective, we're incredibly fortunate here in Seattle, because it does seem like there are a lot of bands that are working really hard and getting pretty good results. I started a podcast called From the Green Room where I interview musicians and talk about what's going on in the city. And I think that - at least from what we've experienced - it's not that people aren't showing up, it's that there are different people that are showing up now, compared to the people that we came up with. And in a lot of ways that's great, because these are ideally, hopefully, the next generation of fans. But it's also strange, because the people - the bloggers, the weekly freelance writers and artists and other bands that we came up with, a lot of them have been priced out of the city. So they're playing less, doing less, and that's sort of strange to witness. I think that's a big part of the uncertainty that we're trying to capture on the record.

I haven't gotten deeply into the lyric sheet yet, but it seemed like the lyrics might be a bit darker than the music might suggest. The music is this ethereal, dreamlike plenitude, where you're kind of floating in space at times, but there are also lots of mentions of loss, and in the "Turncoat" video there's a tattered American flag hanging that seems to be significant...

That's always kind of been a theme of our band. We have this sorta poppy exterior. And even the title of the record has it; we have this fun, kinda upbeat, disco-y stuff. But the lyrics... they're not just about loss, they're also really paranoid and full of anxiety. I think you're right to identify that, and I think that is something that has always been a theme of our band, lyrically, that we deal with all of our subconscious fears in a sort of 'fun' way.

I mentioned in the email I sent that "Light It Up (Let It Burn)," just because of the title, brought to mind this horrible documentary - well, a great documentary, but really angry - about African-American activists being allowed to burn to death by police. I'm assuming that's not where the title is from, but... what's the song about...?

Well, no, that wasn't my inspiration, but I am pretty inspired by those kinds of documentaries. There's the guy who wrote the book Just Mercy, who headed this whole legal campaign focused on trying to get kids of death row off death row, and to also abolish solitary, especially for kids who are in prison. But no... that entire song is me alternate-dimension-searching for my wife, because she's missing.

It seemed to me that there were other references on the album to people being missing.

No, like I hinted at before, that is, like, my greatest subconscious fear. I think the uncertainty of being a musician right now, being a normal human that works a dayjob and has a family, and trying to maintain all of that... I think my musical output is a place for me to work out those uncertainties and those deep subconscious fears. So yeah, there's a lot of that all over the record...

I'm always curious if anything has been written from a dream - or a nightmare?

Just the real life nightmare of, like, the landlord saying he's going to move back into the house that we're renting. Just stuff like that!

I think people in Vancouver will be able to identify with that. Out of curiosity - you've played the Rickshaw before, and you've been up here a few times. Are you getting a sense of the city, of the do's and don'ts - any life lessons from playing in Vancouver?

Honestly, we've only ever come to Vancouver - I think we opened for the New Pornographers one time, at a bigger venue that had a crepe store connected to it. [Not exactly, but we know what he means!]. But every other time, we've only come to the Rickshaw, and I feel like Mo is this uniting, friendly presence, in the midst of this "East Hastings" vibe. Which I feel very comfortable in now. We know [...] the transient zombies behind the venue carrying a 2X4...

Sorry, did you say you know them or you know about them?

Well - it's the same archetype. We've seen them every time, so they're familiar to us.

Yeah. Is there anything else I should add?

Just make sure people are aware of the record, and that we're playing Vancouver and Victoria this weekend...! And that we hope to come back to Canada soon.

The album is on coloured vinyl, right?

Let me ask one last question - the textures of background vocals on the album, and the way they float and mesh with the keyboards, is kind of complex - it's really texturally rich. Is it going to be difficult to replicate live?

Actually, no, because - the horns we obviously can't afford to bring, or the strings that are on the record, when we play Vancouver this weekend - but I did all the vocals. On "Turncoat" there's some background vocals but otherwise I did all the harmonies and vocal effects live. I'm touching buttons as I'm singing in the studio, and the producer Erik Blood used a blend of those with a dry signal, or maybe a reverbed-out signal of my voice. A lot of the effects, they may not succeed as well as they do on the record, but I'll be playing them live as well. That's kind of part of what gave this new incarnation of the band a bit more life, which was me fucking around with vocal effects. I had always kind of relied on the raw voice. It was nice to expand on that with other vocal effects.

PS: photos will be updated with live shots tomorrow, I hope... 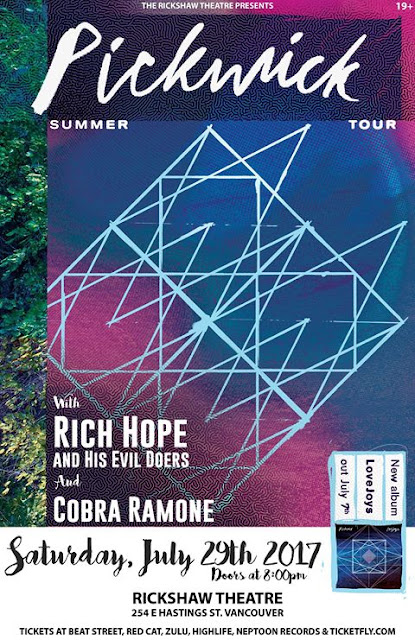 Posted by Allan MacInnis at 6:46 PM